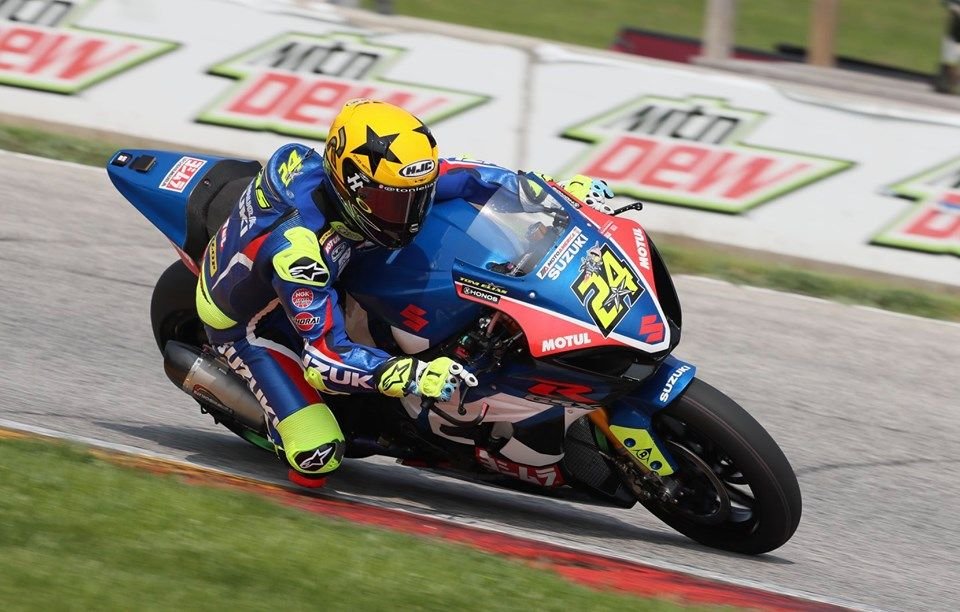 Double show at Laguna Seca. Not only will Superbike be taking to the track this weekend in California, but also MotoAmerica and, for the first time, with all five of its classes, namely EBC Brakes Superbike, Supersport, Liqui Moly Junior Cup, Twins Cup, and Stock 1000. In short, it'll definitely be a great show on Laguna's bumpy track.

What everyone is wondering about is obviously the premier class, where the duel between Tony Elias and defending champion Cameron Beaubier has reached the halfway point: five disputed rounds and five still to be raced, with 26 points (201 vs. 175) in favor of the Spanish rider in the general rankings.

For his part, Elias is leading an excellent season where he has already won five out of ten rounds and has always reached the podium, except on one occasion in Race 2 at Road America when a fall put him out of the game.

Then there's Beaubier who is on the chase, having reached success twice so far, in a very different situation from last year. In 2018, in fact, the American rider arrived at Laguna (fifth round of the season) with two points ahead of Elias, which became 29, thanks to two successes  in two races. Laguna could, therefore, be the place to start a comeback for n.1, winner of four of the last eight races in California.

However, the standoff won't only be between Elias and Beaubier because there are lots of other opponents present. Firstly, Garrett Jerloff, who comes from six podiums in a row and is looking for his first victory in the category. An eye out should also be kept for Josh Herrin (in pole last year) - an already twice, but discontinuous, winner - riding the Yoshimura team's Suzuki, and JD Beach (last year's winner in Supersport), busy this weekend in both MotoAmerica and World Superbike.

All eyes are also on Matthew Scholtz and on Kyle Wyman's Panigale V4R who, in the overall rankings, precedes his old acquaintance in the world of SBK, Jake Gagne, this year riding a BMW.

The dirty and undulating track at Rio Hondo did not create any problems for the...