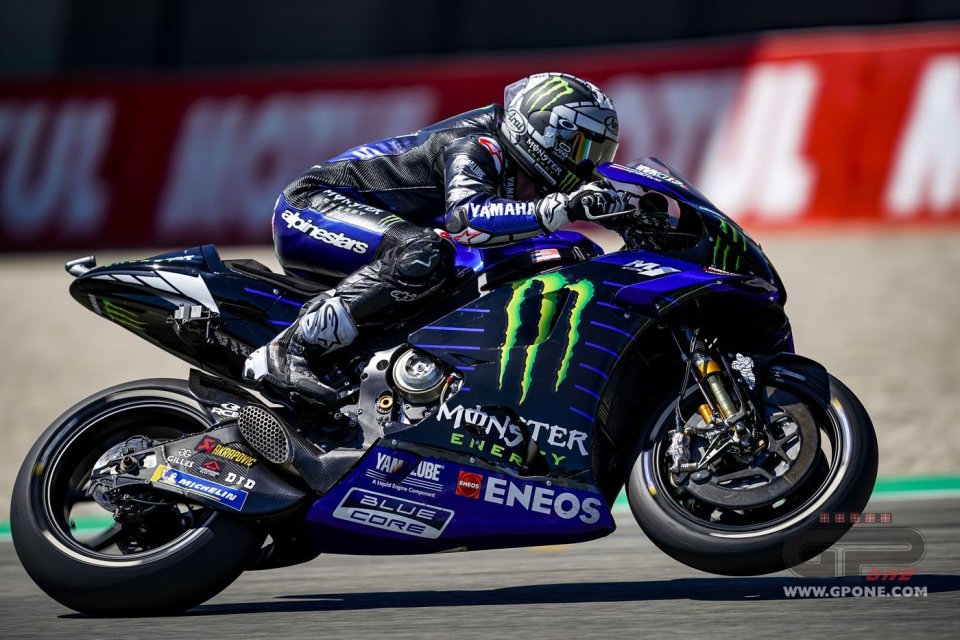 It was 1886 when Robert Louis Stevenson introduced the world to the "Strange case of Dr. Jekyll and Mr. Hyde". The Scottish writer's famous story told of the ambivalence of human behavior based on a double personality. Perhaps there is no better way to define the situation at Yamaha. On one hand, Maverick Vinales' M1 that triumphed at Assen and Fabio Quartararo on the podium. On the other hand, Valentino Rossi who took a fall during the first few laps that also involved Nakagami.

Opposing stories. Vinales' smile that contrasts with the Doctor's disappointment at the end of a Sunday where the rider from Tavullia did not finish his race for the third consecutive time. Surely, this is a really serious problem for the Japanese team, with the nine-time world champion who lost that shine we were so used to seeing. And we're really sorry because Assen seemed to be the right track to redeem the last two GPs. Instead, TT's weekend was, for all intents and purposes, one to forget for Rossi, who was out of the Q1 yesterday and sadly ended up in the gravel today along with Takaaki Nakagami.

All Yamaha can do now is console itself with Maverick's victory, again on the highest step of the podium after Australia,  with rookie Fabio Quartaro's performance, who might even lose that moniker.

Among the surprises and disappointments there was also room for a guarantee: Marc Marquez. N.93 played it smart as always, attacking then easing up on the reins in the final, when Vinales had already broken away. This second place for the Spanish rider still tastes like a victory, also since Andrea Dovizioso didn't make the podium. It was a tough Sunday for the rider from Forlì who struggled for a fourth place with Petrucci as his squire.

The duel between the two was, at times, incomprehensible: Petrux seemed faster, but also unwilling to attack his teammate. The result was only that of catching up with Morbidelli.

We knew that Assen would have been a complicated track, but such an evident gap from the top - over 14 seconds - has to make us think, so much so that, in the final, Franco Morbidelli also mocked Petrux.

There were those who did even worse. Like Alex Rins, who ended up falling after three laps when he was in command of the race. Suzuki had to console itself with Joan Mir's eighth place, preceded by Crutchlow's Honda.

Andrea Iannone Aprilia's excelled in the top ten, despite his 26 seconds from the winner. Seeing how things are going lately, he should be satisfied. The other RS-GP, Aleix's, closed two positions behind, while Pecco Bagnaia was 14th. After four GPs without seeing the checkered flag, he was able to reach the finish line.