The curtain went up on the Superbike world championship last weekend in Australia. There were eighteen bikes on track, as well as wildcard Herfoss, for a total of 19 starters. The lowest ever number in the history of the production-derived series, something that fans couldn't fail to note.

And yet, despite the limited number of bikes on the grid, no one appears particularly worried, team managers in fact speaking in favour of the current line-up. Over the Phillip Island weekend, we had chance to talk to some of them directly. “I think that the championship has never had such quality as over the last five years -  comments Kawasaki's Pere Riba – Ducati hs brought a bike like the Panigale V4, while BMW has the S1000RR. We are also seeing the arrival of factory teams, like HRC, which will support solid projects over the next five years. I think all these new elements are a great thing for Superbike and will increase its appeal. HRC for example, the simple fact it has chosen to return means it is in it to win”.

In the Honda camp, team manager Genesio Bevilacqua states: “This year I have to say there is great quality, as the grid has been skimmed. It was really difficult to find a bike, in fact riders of the caliber of Forés and Baz are not here. I'm very sorry about Baz's absence actually. As for the reduction in numbers, it's better to have a grid like this than a packed one without substance”.

Colleagues like Serafino Foti are on a similar wavelength: “Eighteen bikes is a low number, but we can say that the quality of teams and bikes is very high, they are practically all factory - comments the Aruba team manage - I believe the gap on track will be reduced this season”. BMW technical director Marco Bongers comments:“Taking part in this championship is undoubtedly prestigious for our brand. This year there are less riders on the grid, but there is a high level of appeal, both in terms of new bikes and teams, and the riders of course. The changes to the market means there is great interest in seeing the potential of teams and riders on track.”

Meanwhile Lucio Pedercini is a little disappointed about the low numbers: “The level of quality is definitely greater this year, but perhaps they could have done something to keep a few more riders on the grid. I think the right number would be between 20 and 22 on the grid but, as I've said, the bar has been raised exponentially, especially in terms of the manufacturers' involved. If we take out the factory bikes, there are only a small number of independent teams”. 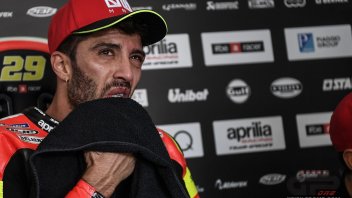 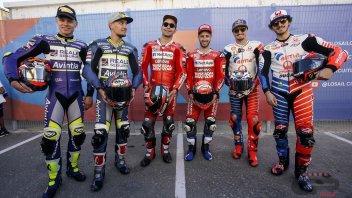 Financial problems forced him to reach this decision, despite having signed a contract with the Boe Skull Rider team in September.
1 day 9 hours ago

After winning the first instance of the trial brought by the two former custodians of the villa in Tavullia, the outcome has been reversed on appeal
3 days 15 hours ago

Spaniard, Italian and New Zealander set for induction into the Hall of Fame in 2020 Jorge in Jerez, Maz at Mugello and Hugh later in the year
4 days 13 hours ago

Last week a member of the MotoGP family lost his life.Here are the details of his funeral and a link to a memorial fundraising page in honour of Gary
6 days 8 hours ago

The riders had complained about too many holes: new asphalt for Turns 1, 2, 9, and from 16 to 19, including the return straight.
1 week 12 hours ago