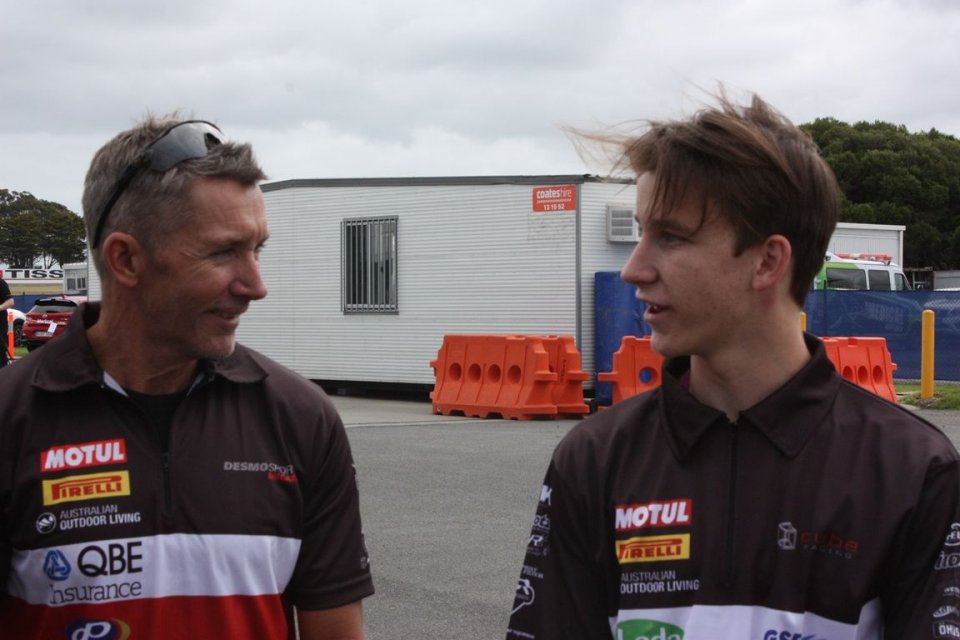 “Troy, where's the Panigale V4? On the truck, sadly I don't have the keys so I can't show you”. With these words, the legend welcomes us to his garage. Yes, because as well as the World Superbike, the Australian track is also hosting the opening ASBK round. One of the highest profile riders is undoubtedly Troy Bayliss, ready to take on Herfoss on board the Ducati. Everyone expected to see him with the V4 at Phillip Island, but the three-time champion has been forced to alter his plans.

“To tell the truth, I would have liked to start the season with the new bike, as everyone's very interested. But we prefer to wait, mainly for the final parts to arrive, so we're not taking any risks. The wings, for example, only arrived on Tuesday. So we'll use the Panigale V4 from the third race I guess, also because the previous version has proved to be good around this track".

You've had change to test it though, what do you think?

“I've made a few laps with the V4, it's a real race bike, it reminds me of the 2004 or 2006 MotoGP. It's like going back in time and experiencing those feelings again, I think it's something really unique. I think I've been lucky throughout my career, as I've ridden all the Ducatis, right up to this one, the one I'll finish my career riding”.

The championship kicks off at Phillip Island, where you in fact won last October.

“It's true! I feel strong, both physically and mentally. I think I'm ready for this new challenge, the Phillip Island track is one of my favourites and I'm sure we'll have fun. I'm here to have a good race, and know the potential of the V2”.

On 30 March you'll be blowing out 50 candles. How can you still be so competitive?

“Getting back on track last year was the hardest thing, but once you get back into the rhythm of the race weekend, it's all good. Unfortunately time passes for me too, but I have to say the passion for racing really helps. The other thing is my mind. I know I'm still fast, and then my body does the rest”.

Last weekend, Valentino Rossi turned 40. How long will he continue?

“Vale is young (he jokes). It depends on him. If he's still having fun, then it's only right that he carries on. you also have to consider his competitiveness. The level in MotoGP is really high, and it only gets higher each year, you have to fight against youngsters who come in and are immediately quick and ambitious. That's probably the hardest challenge for him, but there is no set age to stop racing”.

Your son Oli is also on track here, debuting in SSP.

“This year the ASBK rules have changed, and 15 year olds can race in SuperSport, so we seized the opportunity. I think it's good for him, he can learn a lot from his rivals”.

Many wonder whether we'll see him in the world championship.

“They ask me too, some say he's already ready. I think Oli's still young and needs to mature, but I think the SuperSport adventure will be useful and help make him more competitive. He'd need a few more years before heading to the world championship, also because he'd want to start from a category like Moto2, considering his build”.

Speaking of MotoGP, what does Dovi need to beat Marquez?

And Bautista with Rea?

“Alvaro has never been in this situation, in such an important and ambitious team. I think it's great for me and will help to be even more competitive”.

Who has the harder task?

“Both, I wish both of them the best of luck, and Miller too”.