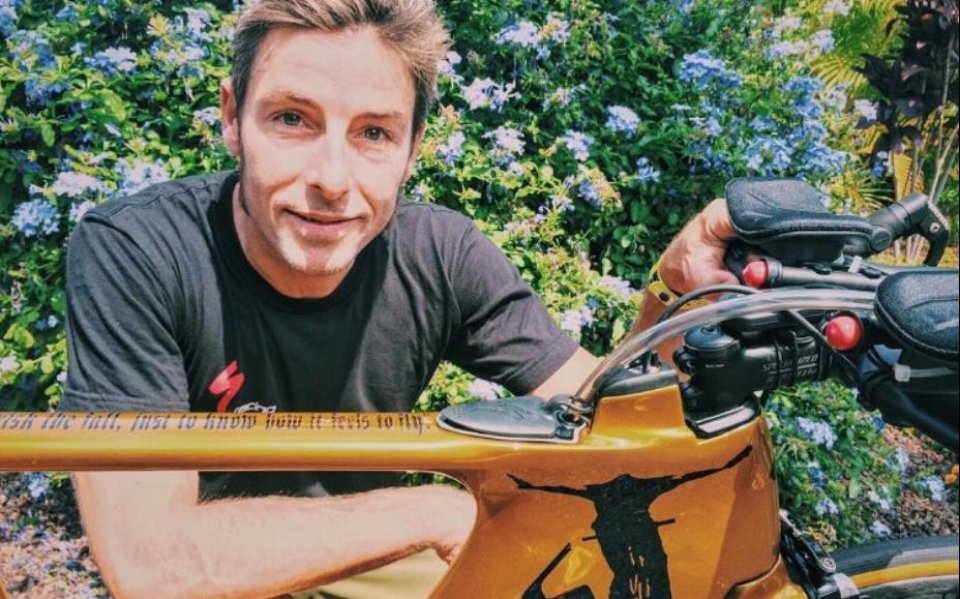 He arrived at the icy Bologna Motor Show in December 1999 directly from Los Angeles, finding a temperature change of about 30°C (lower), beginning the most important chapter of his career: Benjamin Bostrom, 25 year-old Californian, Ducati's was the new choice to ride alongside His Majesty, Carl Fogarty on the factory Infostrada team, with his calling card: giving riding lessons in the Super Motard race to the participants, The King, Alex Barros, Loris Capirossi, Ruben Xaus and others selected from SBK and Grand Prix Motorcycle Racing.

Always in form and smiling, honest with people and friendly to all, Ben was the typical “Made in the USA” boy next door who had grown up having fun on his BMX, skateboards and all the other toys that come from his part of the world, before falling in love with dirt track riding: “I made the tyres slide because the stable bike with a lot of grip didn't give me good sensations. For me it was fun to ride the bike sideways and make the tyres slide.”

Ben had already showed off this style of his to the world championship public in the race he rode with Honda as a wild card at Laguna Seca in 1998, finishing on the podium. 1999 got off to a hard start for Ben who momentarily lost his proverbial smile: “It was my first time out with the AMA Ducati in February. I had done twenty laps with the Dunlops. That is their available life at Daytona. The team recommended making some changes to the bike and changing tyres, but I wanted to see how far we could push. My goal was another lap or two. I didn't even manage to finish one lap because the rear tyre exploded and I was thrown into the air by an extremely violent high side, at about 270 kph on the banking. Seeing the blue sky, I thought that this was not exactly the ideal place for an accident. I touched the wall, because my helmet was damaged... Mat Mladin and my brother, Eric stopped on the track near me and, looking at them without the visor on my helmet, I thought that I wasn't dead. I woke up in the hospital with a destroyed hand and burns everywhere. This accident happened to Barry Sheene, Ben Spies and me; I would not wish it on anyone.”

Making a great comeback, in ’99, Ben won as a wild card at Laguna Seca SBK with the USA Ducati. In 2000, he was initially signed on the factory team and he finished the season on Caracchi's team, bringing home some important podium trophies.

The best year was yet to come for Bostrom, by that time nicknamed “BB” with his unmistakeable number 155: “2001 was excellent because I had a factory Ducati and my beloved Dunlops at the same level as the Michelins. There were a lot of us battling for the win and that's the way it stayed until the end of the season.  I felt like I was playing with friends that I could go out and have a beer with on Sunday. Before and after the races, Edwards and I would have a pizza, drink beer and party in our motorhomes. I got along with everyone, even with the fastest and fiercest.” 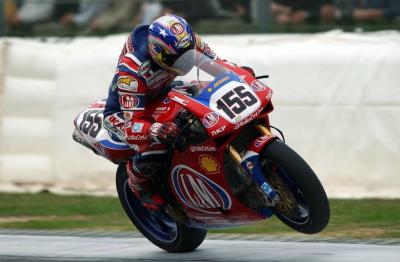 Who do you think your toughest rival was?

“(He laughs)… Noriyuki Haga! You could hear the noise of his engine behind you. He always tried to pass where nobody would have imagined. He was completely nuts. Another one was Troy Bayliss who tried to get by you at any time and he couldn't care less. That was his personality on the track. He would sniff out your scent, like a dog looking for a bone. But off the track he was a gentleman, like Frankie Chili and Giò Bussei.”

You haven't raced for several years. Are you still active in sports and do you watch the races?

“Now I bust my ass on bicycles and, believe me, it is harder than bikes. I am a professional dad and in my free time I follow the races, especially Hayden, because going back to SBK from MotoGP is not easy. He and Jacobsen are the only significant Americans outside the USA: the AMA has been in trouble, but now, with MotoAmerica the way Wayne Rainey is running it, things are improving but it will take time to reap true results and export new, young riders.”

What would you suggest to increase the show in SBK races?

“Riders need to be on the front page of general interest periodicals so the public will recognize the protagonists: Valentino Rossi is an all-around celebrity and not just a motorcycle rider. I also had my share of popularity because I appeared in various show business and music periodicals. The success of a championship depends on where the superstars are. Fans go where there is conflict. In MotoGP, Rossi and Marquez do not get along and that draws crowds. However, in order to stay out of trouble, a celebrity needs to always be him or herself, in any situation. Anybody who lies or plays a part will be exposed sooner or later and that is a real shame.”

The latest incidents of presumed hatred and conflict that were created ad hoc to increase tension and the battle between the riders disgusted Ben: “In my long career, I never had enemies and I never hated any rider. When I take of my helmet I have to congratulate my rivals. Thanks to them, you pushed beyond your limits.”

The SBK starting grid will be shaken up for Race 2. What do you think of that?

“Well, all that will be nice for the crowds at the track and TV spectators. Nevertheless, I think that it will be dangerous for the winner because, since he is theoretically the fastest, he will have to take risks to get to the front. Changes should be introduced progressively, without distorting the original format.”