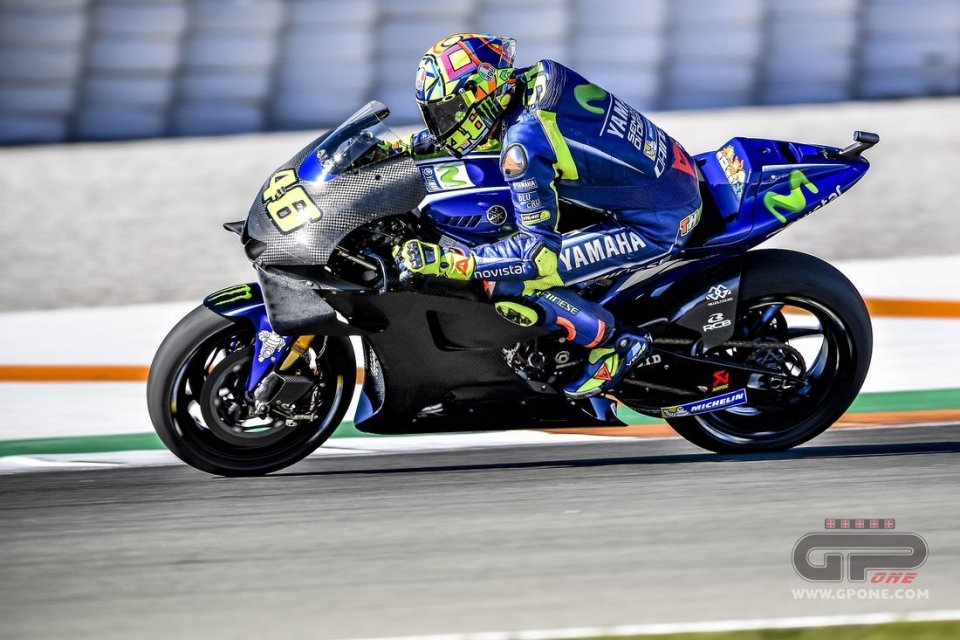 This year Yamaha has once again selected Sepang for its last tests of the year. Today and tomorrow, the two factory riders Rossi and Vinales are in Malaysia along with Zarco, to try to provide the Japanese engineers with as much information as possible in order to define the 2018 M1.

No easy task for the men in Iwata, who have lost the way over the course of the season. The M1 has been called into question of late and there will be no room for error next year.

For now, all there is of the 2018 bike is the engine, which both Valentino and Maverick were able to test for the first time at Valencia. The Spanish track is very technical and so the long straights of Sepang are more useful when it comes to getting a clearer idea of engine performance.

The two riders focused on this, while there were no major development in terms of the chassis. As they did during the Spanish tests, Rossi and Vinales compared the 2017 frame with the 2016 version to understand in which direction to work.

The weather conditioned day one at Sepang, but this didn't step the Yamaha duo, or trio rather, from lapping in the wet, a weak point for the Yamaha used this season.

Tomorrow the riders will complete a final test day before going on their winter break.