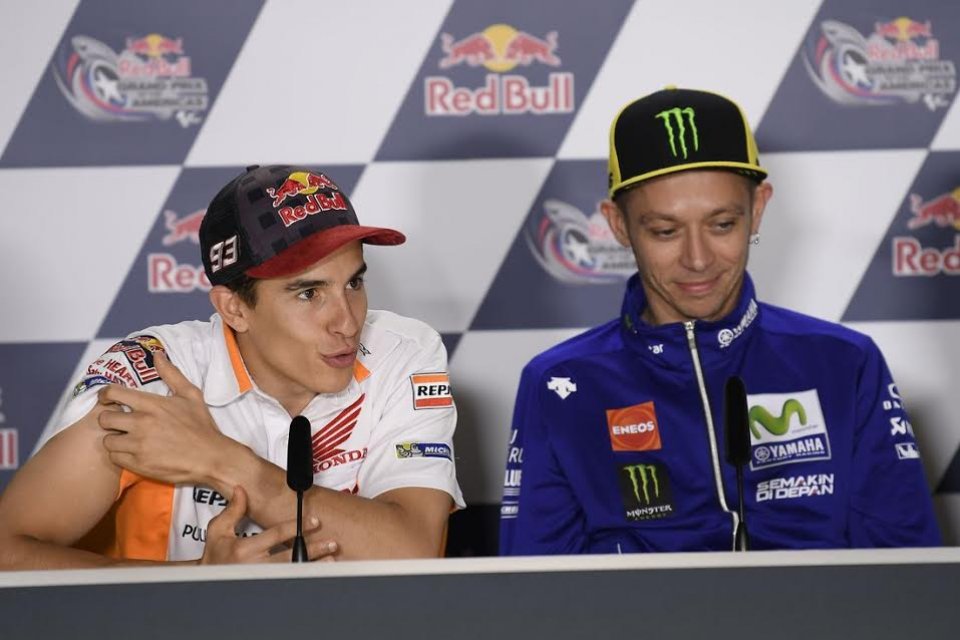 The news that Fernando Alonso will miss the Monaco F1 race definitely didn't go unnoticed by the MotoGP riders. With regard to the Spaniard's participation in the Indianapolis race, Rossi had this to say: “I have to say it was a surprise – commented the Doctor – I think he's in a difficult situation with the car and wants to try something else. It will be interesting to see his potential in the IndyCar – added Valentino -  it's a totally different work, especially when you race around an oval track. In the past, I've tried it and it's definitely more complicated”.

#46 has competed in races other than the MotoGP in the past: “I've always like the Suzuka 8 Hours, I remember in 2001 when I raced with the Honda. The atmosphere is great, while the Le Mans 24 Hours is a bit too long, while the track is short (he smiles)”.

Marc Marquez also expressed his opinion: “In my opinion, Fernando's decision is hard to understand, because Monaco is a track where a rider only achieves a good result thanks to his driving  – he underlines - as I'm in the Honda family though, I prefer not to talk about his decision”.

Rossi and Marquez agree on Alonso's chances of success in America though: “Why not?  - says Valentino - he's extremely talented”. While Marquez: “It's a tough race, as the slipstreams are strange and you need a lot of luck. He's definitely not lacking in talent”.