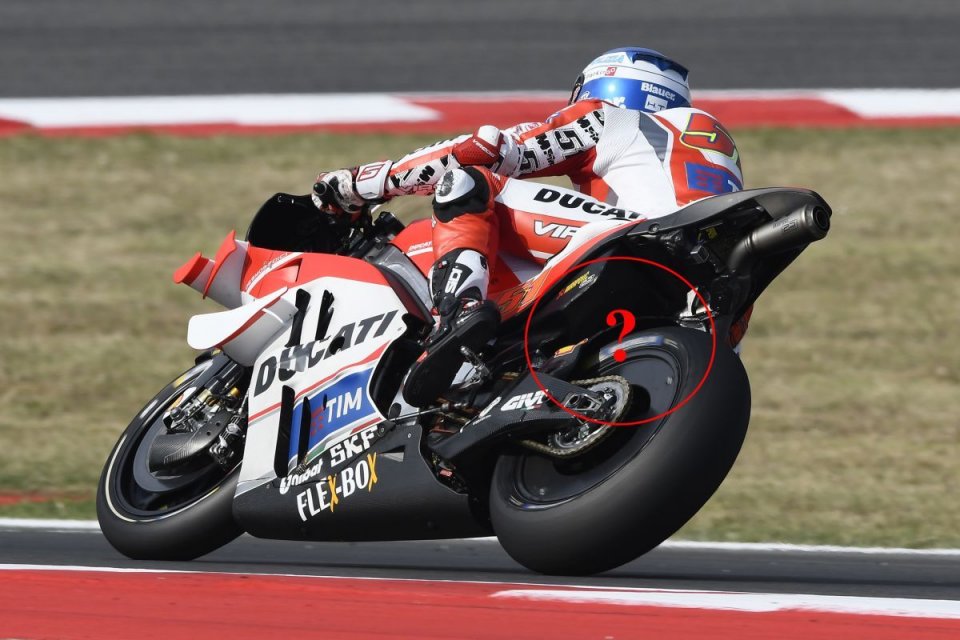 Remember the ‘lenticular’ rim Michele Pirro tested at Misano?
It had obviously already been seen as the inevitable continuation of the aerodynamic research of which Ducati has been protagonist this year with the introduction of increasingly pronounced spoilers on the fairings.

But was the strange rim actually an aerodynamic supplement or did it hide something else?
Friends of MCN even thought that it might conceal an energy recovery system. In short, a Kers.
But let’s take a small step back and return for a moment to the aerodynamics.

The spoilers were recently banned in accordance with point 2.4.4.7 of the FIM Technical Regulations with opposed and ostensible arguments - first on the alleged danger and then the conversation turned to costs - and to prevent the start of a sort of 'war of the fairings', incredible power was bestowed on Technical Direction, which can deem any solution legal or not at its own unquestionable discretion.

And despite the fact that the current regulation is already quite specific, since, in order to prevent any possibility of getting around the rule, it was specified that the bikes cannot have fairings with protrusions more than 150 mm beyond the vertical line of the front wheel axle.

This is technical data that actually prohibits 'snout' fairings, which could have been the solution to generate a bit of downforce.
With such a regulation, it is clear that, in order to make developments, the engineers will need to - as already occurs in F1 - read between the lines of the rules to see where they can innovate. 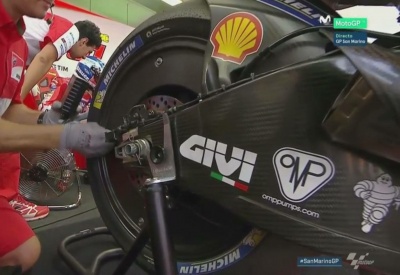 So is Ducati’s lenticular rim the result of this new philosophy? Does it hide some technology that is currently foreign to motorcycling?

"The premise is that, as we already said at Misano, we do not intend to talk about what we are testing - Ducati sports director Davide Tardozzi told us, further questioned on the subject - I can, however, confirm that some of the interpretations made us smile. Specifically, Kers has been prohibited (editor’s note: it was introduced in an experimental form by KTM on their 125 bikes in 2008) and Ducati is not working on anything that is not perfectly legal in accordance with the current regulations."

In a nutshell, Kers, or "Kinetic Energy Recovery System", allows supplementary energy, for example braking energy which would otherwise be simply dissipated into heat, to be transformed into power.

This energy can instead by intercepted by a high inertia value mechanism (a flywheel) or stored in an accumulator to be used at certain moments (for example, in acceleration).

This system was introduced in F1 in 2009 and is still in force.
"The current rules on aerodynamics were written in such a way so that Race Direction practically has absolute power over permitting or prohibiting - Tardozzi comes back to the point - but beyond that, we do not understand the current philosophy of the MotoGP championship. Ducati’s philosophy is based on innovation. New things experimented with and then introduced in the races to then go into factory production. This is our DNA. On the other hand, we haven’t quite figured out the other manufacturers …"

Perhaps to find an explanation we could go back to what Harald Bartol said, the engineer behind the KTM Kers.

"On one hand, FIM would like to give the Grand Prix Motorcycle Racing championship a greener image that is up with the times, but on the other, it bans the technology needed to achieve this goal. At the time, they did not ask us how much our system cost or how it worked. They simply decided that it would not be permitted for use. A conservativism that certainly does not help anyone, whether in terms of bike evolution or for the technical growth of the engineers that work in the field."

So Ducati is officially not experimenting with a Kers, but they are working on something innovative.

"In the coming years we will introduce new concepts. MotoGP should be a test bench with innovation in mind ", Tardozzi concludes. And he does not add: otherwise, what would make it any different from Superbike?