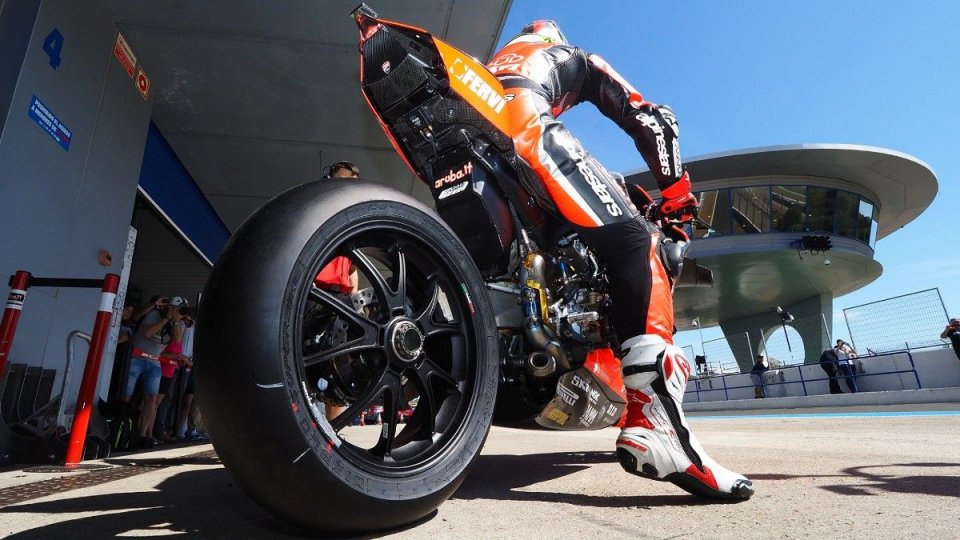 Superbike will be back on track in about ten days’ time, on January 20-21 for the Jerez tests. The Spanish appointment will be the first opportunity to see teams and riders back on track during the long winter.

This year, compared to previous years, the waiting period for fans will last a lot longer, since the SBK World Championship will only start on 25 April, or two months later than usual if we consider the classic Phillip Island inaugural round in February.

The fact is that the teams are certainly not standing around and watching idly. Precisely for this reason, Kawasaki has booked the Jerez track for January 20-21, obviously extending the invitation to the other premier-class teams as well. All the Ducati teams responded immediately to the call, except for Motocorsa, without forgetting Honda, Orelac and Pedercini.

While for teams based in Spain reaching Andalusia represents a formality, it is completely the opposite for the Italian teams. First of all they will have to find suitable flights, which is not exactly simple, given the drastic reduction compared to the pre-Covid period. Then there is the subject of the swabs.

As required by the regulations in force, in order to enter Spain it is necessary to present a molecular swab valid for 72 hours from the date of departure. With the weekend in between, it is not so easy to be able to fit the pieces together. Precisely for this reason, the teams are in these days in search of centres that can carry out the PCR Test with an emergency procedure and consequent outcome no later than 48 hours.

Speaking with some insiders these days, it appears that the question is not so simple, also because there are mechanics and engineers from the United Kingdom who have to reach Spain: "We have an English crew chief in the team - one manager told us - for days now we have been trying to figure out how to organize his arrival from the UK to Spain. Unfortunately, flights from England are reduced to a minimum, and there is also a blockade of British citizens, unless they are resident in Spain. We are in fact discussing with the various authorities, so that the issue can be resolved in a short time ”.

As we have been saying for some time, Covid continues to hold a tight grip on proceedings and even with the arrival of the new year it does not seem to want to relinquish that role...