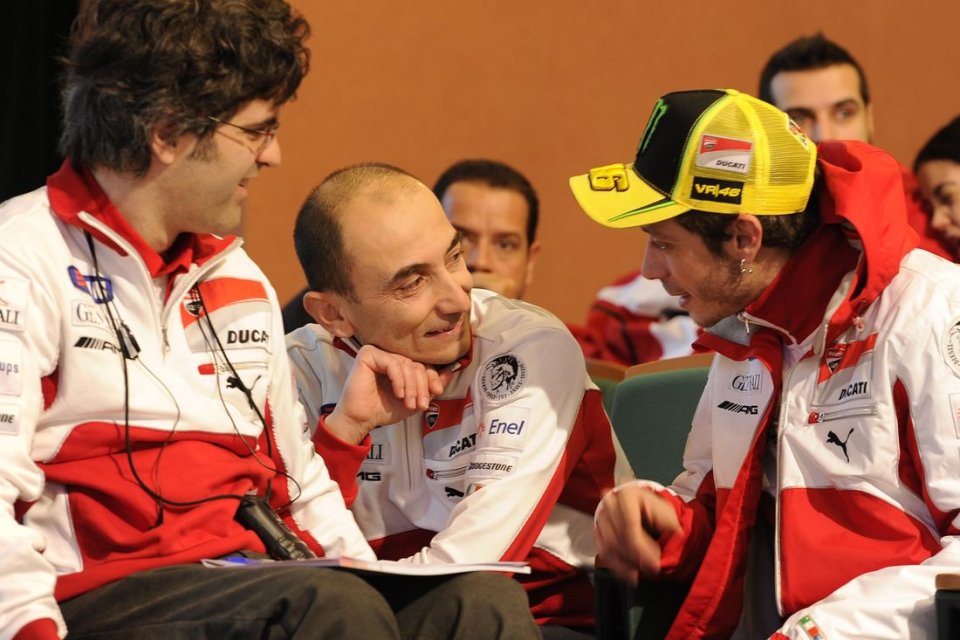 Now that in Ducati everything is going swimmingly, it might be easy to forget the situation the Borgo Panigale manufacturer found itself in just a decade ago. The period in which the destinies of the Rossa and Rossi crossed and, as history teaches us, it didn't end well at all.

Ironically, it was a pupil of Valentino, Pecco Bagnaia, who succeeded where the master had failed and now is the time to celebrate. The appointment will be in Piazza Maggiore in Bologna on December 15, when the MotoGP title and the SBK title won with Bautista will be celebrated.

However, on presenting the event, Ducati's CEO Claudio Domenicali did not forget the difficult moments in racing that his company went through, starting from those two years with the Doctor.

“We were unable to manage Valentino and we took the hit - he admitted, as reported by La Repubblica - When you take the most famous rider in Italy, with 9 world titles, and you can't win, you also have a damage to your image. I became CEO in 2013, when he had just left, and I picked up the pieces. At that point you can only get back to work and start again".

Something that they did in Borgo Panigale, rebuilding from the rubble, so to speak. It’s been a long and difficult task, which however has paid off.

"For two years we worked hard to make changes, if you don't do research in an orderly way but are in trouble, you lose clarity" he commented on those years.