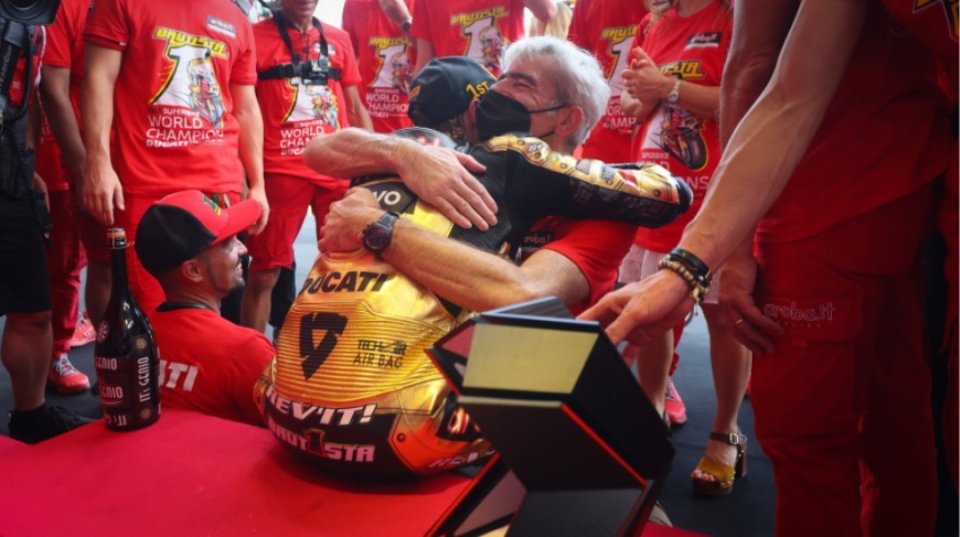 Last week, he celebrated the MotoGP title in Valencia. Today, it’s the Superbike in Mandalika. 2022 has been picture perfect for Gigi Dall’Igna, who brought the GP22 and the Panigale V4 to the top of the world.

The engineer from Venice couldn’t really do much more. Ever since he went to Borgo Panigale, he has traced the path to success.

“It’s a crazy season and the best ever for Ducati,” Dall’Igna commented after Race 2 in Mandalik. “Obviously, conquering the MotoGP and SBK titles wasn’t an easy thing. Alvaro did an incredible job with the whole team and with the bike.”

Gigi had guessed a long time ago that this 2022 would be something special.
“I quickly understood that it would be a different year compared to 2019. Alvaro was as fast as three years ago, but this time he turned out to be much more focused and concentrated, avoiding any mistakes. This mix of things allowed me to understand that 2022 would be the right year for the World Championship.”

A sort of Bautista 2.0, different from the first.
“He was strong from the first race. Winning and proving to be constant. He also grew during the season, making important progress that allowed him to reach the victory of the World Championship.”

Lastly he spoke about the Spanish rider’s return to Aruba.
“We’re here to win the World Championship and, in the end, Bautista was the best choice.”