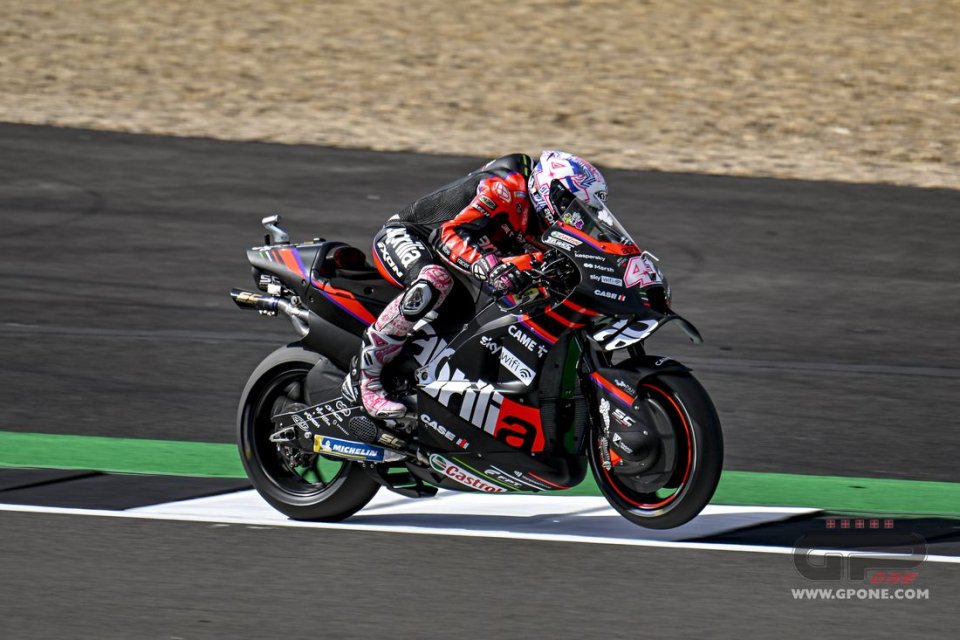 Aleix Espargarò will race at Silverstone. The Aprilia rider, who ended up in a violent highside yesterday at Turn 12 in the FP4 of the British Grand Prix, reached his decision after testing his physical condition during the warm up, which he ended with a 6th time.

In yesterday's fall, the Spanish rider hit his feet violently on the ground, but without sustaining fractures. The pain had increased after qualifying but, all in all, he had a good night.

Completing the 20 laps of the race definitely won’t be easy, and the doctors are deciding whether to administer infiltrations to limit the pain. Aleix already showed everyone yesterday in qualifying that he knows how bear the suffering and will certainly not be doing everything possible to reach the finish line in the best position possible.