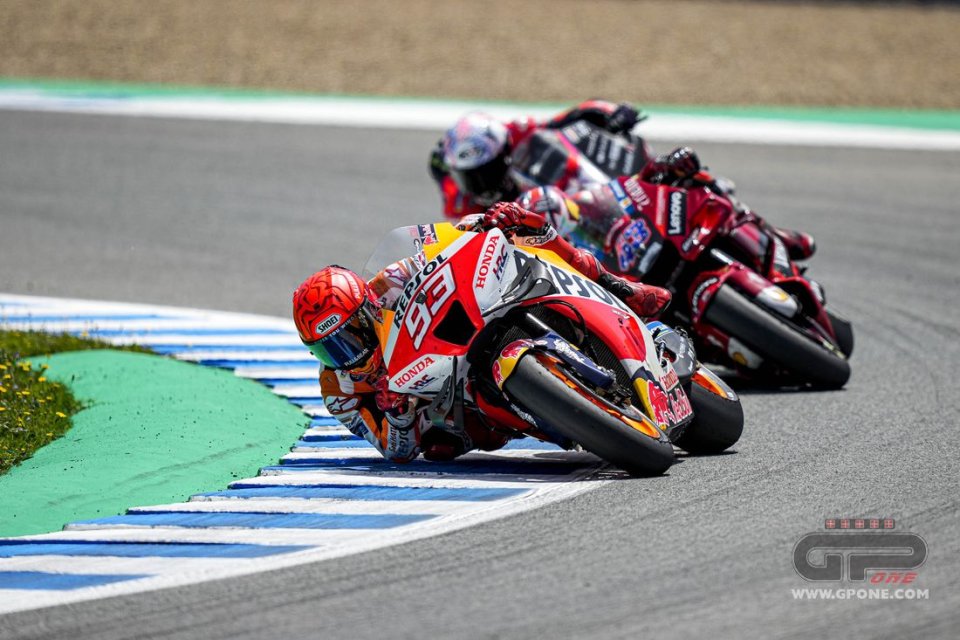 Also in Jerez it was Marc Marquez who saved the day for Honda. The champion from Cervara fought for a podium that was out of his reach without giving up, going beyond his and his RC213V’s current limits. While Nakagami, on one of his favourite tracks, managed to limit the damage, Pol Espargarò and Alex Marquez were mere extras.

“It was not a bad race – was the view of Alberto Puig, HRC team manager - I think Marc Márquez did a very good job. It was not an easy weekend; we were struggling a little but Marc was able to manage a good result with an exciting race. This is encouraging after his feeling was not so good in Portimao. He handled the situation well during the whole race, he had a good battle with the riders around him and he saved one crash – it has been some time since he did this.”

Puig had no doubts about what adjective to use to describe that moment watching it from the box.

“Scary! This is not nice to experience – he admitted – But at the end, if there is no crash, it is spectacular to watch but better not to watch it.”

“Marc’s target is not to be finishing fourth or sixth, his target, and also the target of the Repsol Honda Team, is to win races and titles. This is the only target,” he explained.

As for Espargarò, the Spanish team manager was very political.

“Pol made a good start, but he could not manage to get a good position in the opening laps after a big moment at Turn 5, so finally it was not so easy. He had the speed this weekend, but unfortunately, we could not find a good setting and it was not possible to get a good result.”