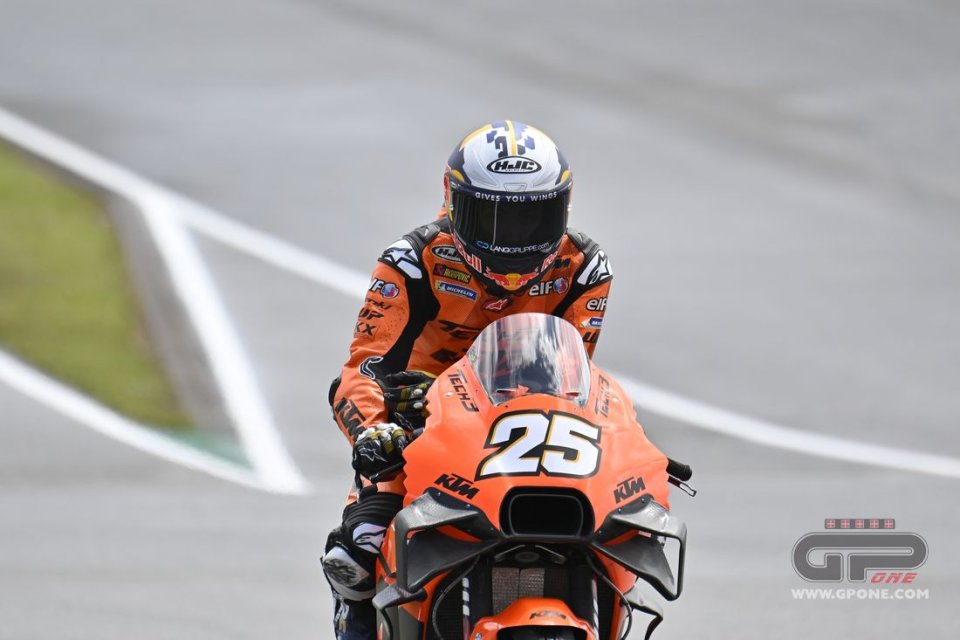 Raul Fernandez will be finding out tomorrow if he’ll be able to race in Jerez. This morning, the Tech3 team rider, who had injured his hand in the Q1 in Portimao, was visited by the circuit doctors and was unable to complete the tests required that would allow him to race. But the doctors have decided to give him another chance to get on his KTM  tomorrow morning.

Instead, Aron Canet, who underwent surgery for his left radius on Tuesday after fracturing it during  the Portughese race, already got the okay to race this weekend.

Quartararo: "This morning was a complicated session, with aquaplaning in...