Next Sunday 50 riders will be competing in one of the most iconic motorcycling races in the world: the Daytona 200 Miles. It will be the 80th edition of a 'classic' that has changed a lot over the years and for the first time will be valid for the Supersport classification of MotoAmerica. Yes, because today the 200 Miles is run with the small 600s that this year will also see the arrival of the Ducati Panigale V2 and the Triumph Street Triple 765, exactly the same as in the new regulations for the world championship in the category.

It can be said that the first 'modern' edition was that of 1970, won by the legendary Dick Mann who took the equally legendary Honda CB 750 - the first modern motorcycle - to victory wearing boxing boots.

Before him there had been a long list of American motorcycles, from the Indian to the Harley-Davidson, with a few forays by ancient Nortons and Triumphs. In those years we could find names such as Gary Nixon and Cal Rayborn, but also - and we are talking about the distant 1948 - Floyd Emde, father of that Don Emde who revolutionized the battle on the Daytona banking by taking a small twin-cylinder Yamaha to victory, in 1972, the year before the result was repeated with the same bike by none other than Jarno Saarinen.

Pasolini also attempted the American adventure, but without success, precisely in 1973. The Daytona 200 was not a race to be taken lightly.

Giacomo Agostini, who had just finished his career curve with the MV Agusta, the perfect combination of the DNA of the best rider in the world and the incredible feeling with his beloved bike, arrived in 1974 with a Yamaha 700.

Sunday was Agostini's day in Italy

In the middle of the 70's, an Italian Sunday was accompanied by a solid certainty. If that Sunday there had been a motorcycle race, Giacomo Agostini would have won it. Whether it was 350 or 500, it didn't matter, nothing changed. He was practically always the winner. As Valentino Rossi later did, leaving Honda for Yamaha, Agostini arrived at Iwata leaving Count Agusta with his 4-stroke and an Englishman named Phil Read to ride it, to take up the challenge of 2-strokes, a totally different engine and at the time in its early development phase.

The decision to go to Yamaha

Like Valentino, Giacomo was a bit annoyed by the rumours that he only won thanks to the Italian bike, which was considered another level above all the others on the grid. Yamaha had approached Agostini in 1971, but it was only two years later that the Italian reached a deal and agreed to leave the highly successful MV Agusta team to head towards Iwata to pick up the baton left by the unfortunate but very talented Jarno Saarinen. After flying to Japan, Giacomo Agostini began to tailor-make the bike around himself and to bring his enormous know-how to the home of his historic rivals who, until a few months earlier, he had been beating on the track.

The first race of the new Japanese-Italian pairing would take place at Daytona, on the occasion of the 200 Miles of 1974. Daytona was a fiefdom for the US riders, and Kenny Roberts was designated as Agostini's teammate and team leader at least for that race. The US press welcomed Giacomo Agostini to Daytona with all kinds of epithets, assisted by a particularly kind Kenny Roberts who openly declared that Agostini did not know the circuit and did not know his bike: “I’ll eat him up”.

On the other hand, all the talk was for an Italian guy, handsome and ultra-successful, who arrived in the States with 14 world champion titles. But we are well aware of the consideration they have in the USA for all the racing that takes place outside the North American borders, so their declarations could almost seem polite if re-read today. Giacomo Agostini just absorbed everything in an elegant way and walked around the circuit, observing the asphalt, the curves and the braking points. Many observers thought that he was a tourist, while he was preparing to make a killing. During qualifying he conquered the fifth position and the media riled against him, offending his list of victories and underlining how he had not even managed to qualify in the top three.

A defeat that downsized the rising star Kenny Roberts

But then as now, races are won on Sunday and after spending a weekend fine-tuning the Yamaha, Agostini arrived at the start of the 200 Miles fired up as never before and in perfect harmony with the 750 made in Iwata. His red and white Yamaha started off very well and Giacomo Agostini soon took the lead, not relinquishing it for all 52 laps of the terrible Daytona track. Roberts tried in every way possible not to let him get away, but he was not yet "the Martian" and was defeated just like all the other humans on the grid.

Agostini, the only true Alien lined up on the grid, won the race. Exactly the same as when there was a motorcycle race on Sunday, he simply won it. Roberts also had to retract his intentions of pre-race cannibalism, saying: “I can't believe Giacomo Agostini is a human being”.

A really good book on the history of the Daytona 200 Miles has been written by Don Emde: you can find it HERE 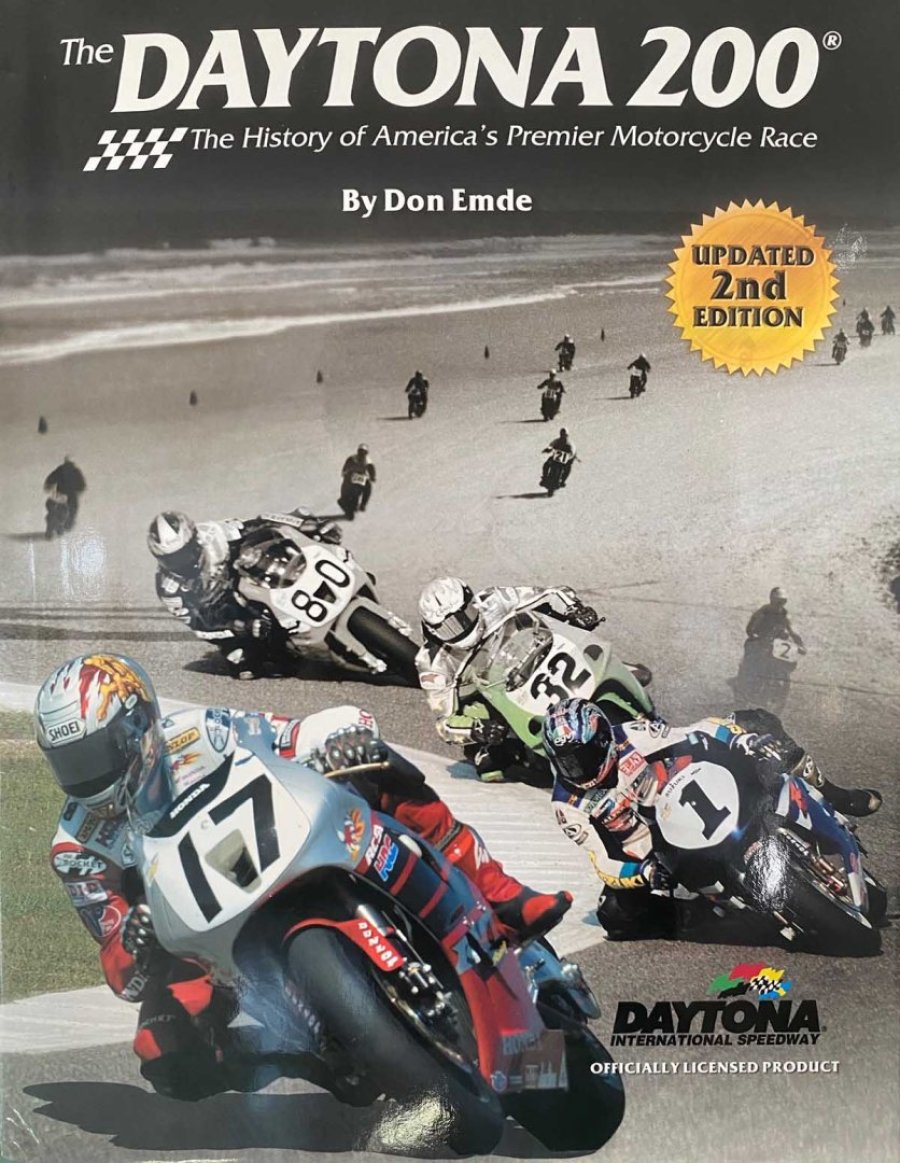