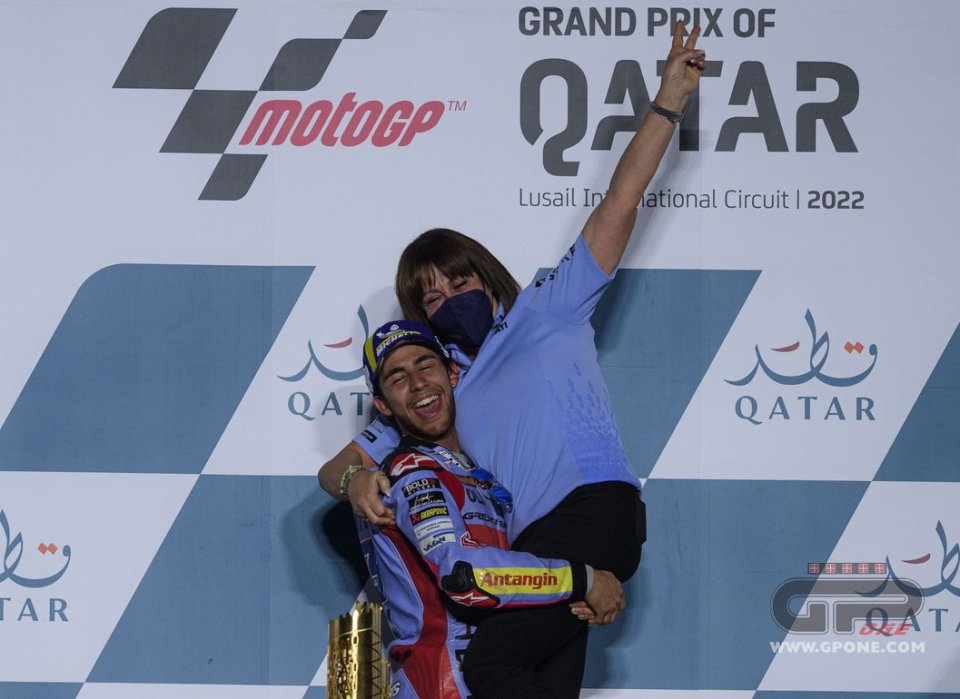 The tears of Enea Bastianini and Nadia Gresini embraced on the podium. The incredulous look of Celestino Vietti. Andrea Migno's complaints about a non-alcoholic podium. Three snapshots that fail to tell the story of a great Sunday, under the sign of three Italians who coloured it azzurro.

Almost too good to be true, so good that it makes you forget Bagnaia's cock-up and Morbidelli's difficulties. For the moment we are celebrating, knowing that the group can still be larger.

THE GOOD – It’s obvious we have to begin with the Italian treble win, but some time ago this might have seemed like science fiction. With Migno (who hadn't won for almost 5 years), Vietti (who had never done so in Moto2) and Bastianini (as above, but in MotoGP) in the leading roles. Reality surpasses fantasy on an Arabian night in which the stars in the sky all line up and those on the track shine. Three riders without blemish and without fear, hoping that it is only the prologue to a 21 Grand Prix long story. 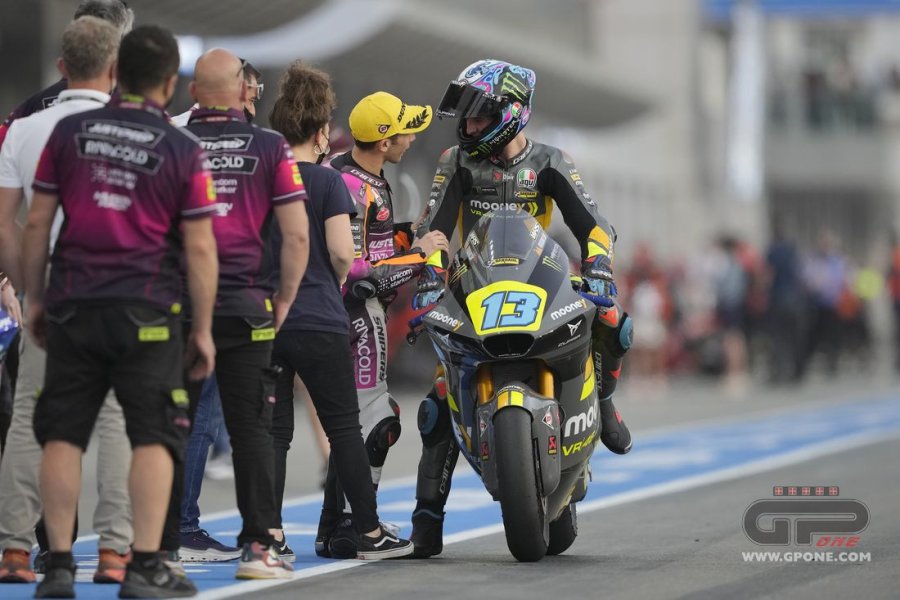 THE BAD - Before the bikes on the track, it was stamped papers that took centre-stage. Everyone against Ducati to ban the front lowering unit, which is not prohibited by the regulation but which the other manufacturers do not like. Fantasy has no limits… unless it collides with the MSMA wall. When we say that sometimes MotoGP should be inspired by Formula 1, we don't mean in that sense.

THE UGLY - Nervous in the saddle and in front of the microphones, Pecco Bagnaia discovered that there is a dark side of the moon. Being the leading rider inside the garage brings with it privileges and responsibilities, in Qatar he experienced the latter. A false start is annoying but does not really affect anything, as long as you take stock of it and overcome it. Which is exactly what the rider from Piedmont is able to do… 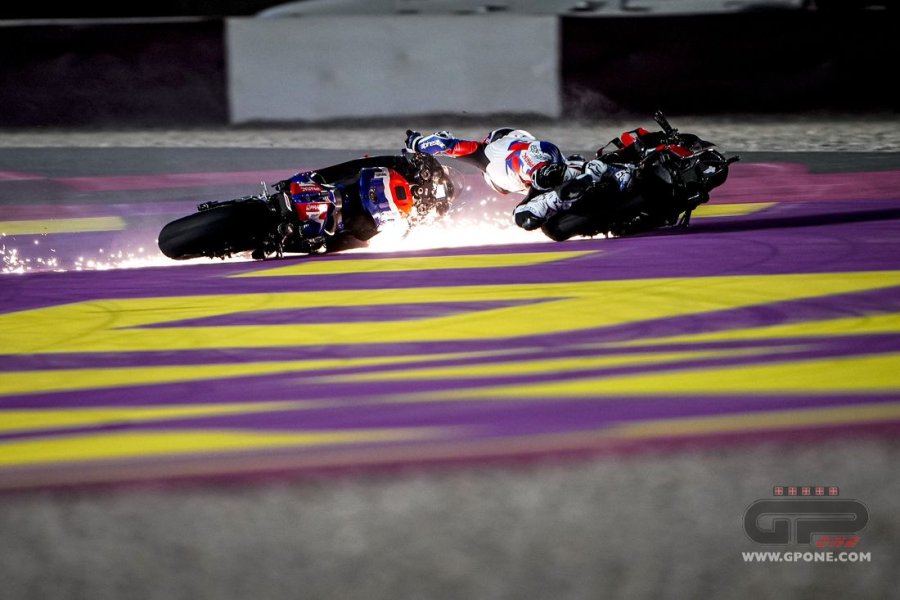 THE DISAPPOINTMENT - We had some doubts about Yamaha, but we had praised Suzuki for the whole winter: after the first race both are licking their wounds, which go deeper for the M1. The GSX-RR gave a few flashes (in testing), but it’s pitch black for its Japanese sister. If it was just a mis-step we'll find out in two weeks.

THE CONFIRMATION - Black is the colour of the night and the Aprilia showed up fully dressed for the first appointment of the year. With Aleix Espargarò complicity has matured over the years and both greeted each other with a smile. Maverick Vinales, on the other hand, has yet to get to know the bike well and must have made some blunders seeing him at the finish. 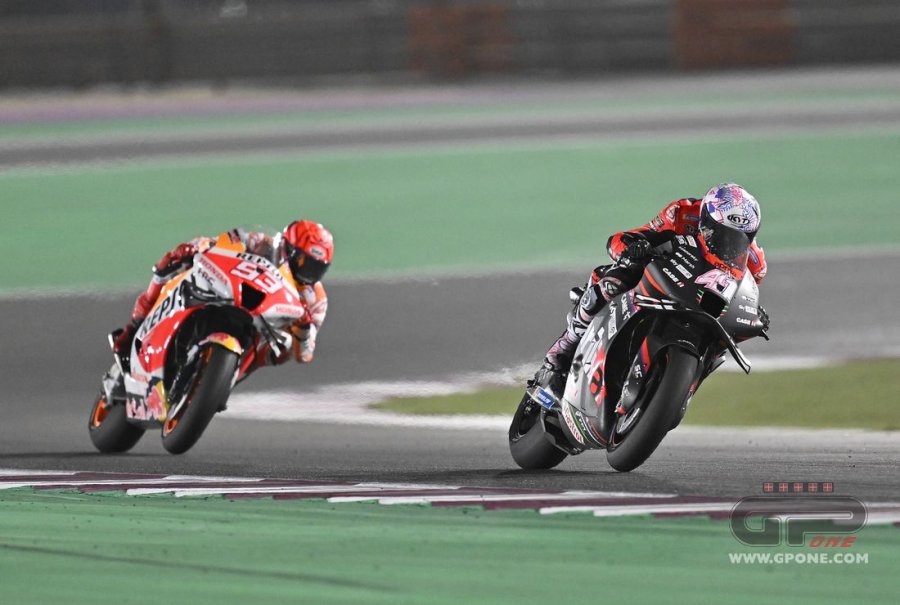 THE MISTAKE - Only one, but one of those that ruin an otherwise perfect race. Disappointment for Ayumu Sasaki, the star performer up until a high side that didn't knock him down but his bike’s fairing.

THE SURPRISE - More mysterious than the Higgs boson is the KTM. We are still waiting, not really to find out whether or not it is competitive, but above all when it is. When in doubt… Brad Binder took home the trophy for second place, leaving the task of wondering about the potential of the RC16 to others.

THE PASS - Enea Bastianini on Pol Espargarò, with a fine example of a surgical move that forced the Spaniard into an error. Perhaps not the most spectacular, but the most concrete.

A CURIOSITY - The last time three Italians were leading the championships in their respective classes was in 1996 with Luca Cadalora in 500, Max Biaggi in 250 and Stefano Perugini in 125.

I TOLD YOU SO - "None of the three riders starting from the front row has the best pace". The facts disproved Marc Marquez…