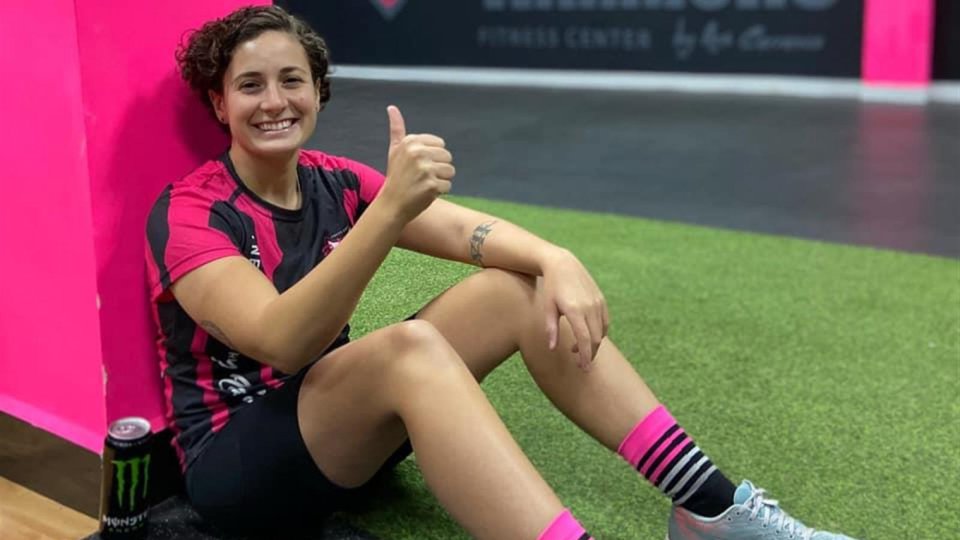 We’ve known it for some time now: Toprak Razgatlioglu will officially show off the n.1 this year.

The Turkish rider didn’t think keeping the n.54 was right, something that even Jonathan Rea did in the Superbike when he returned to his n.65.

Twenty-four riders will be on the track for the Superbike World Championship and thirty in the other two categories: SSP and SSP 300.

As of now, there will be 6 Yamaha, 4 Honda, 5 Kawasaki, 4 BMW, and 5 Ducati present.
The only team that still has to announce its rider is Pedercini's.

There’s also room for rookies: the most interesting is undoubtedly Iker Lecuona, who left the KTM MotoGP of the Tech 3 team. 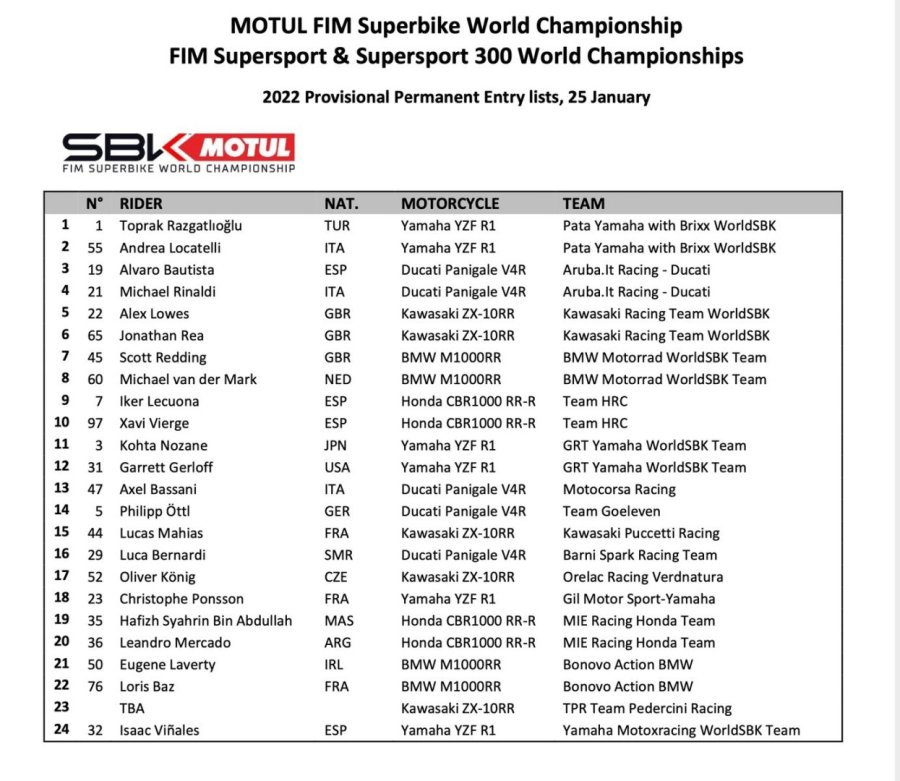 In the Supersport, during which the Ducati Panigale V2 will debut with 7 riders, there’s a list of interesting names, like Nicolò Bulega – who must rebuild his career after his very fluctuating experiences in the World Championship, Lorenzo Baldassarri – who was a sure promise in the Moto2 until a few years ago, Stefano Manzi, and also the son of the legend, Bayliss, Oli, who is fresh from the Australian championship. This is a big challenge for the reigning champion, Aegerter.

After Dean Berta Vinales’ death in 2021, the SS300 riders will have to reduce their aggressive behavior.  Instead of naming those present, we’d rather focus on those that won’t be: Ana Carrasco, for example. She not only didn’t find a spot in the WSSP, but she also lost hers in the SSP300. And then there's also Maria Herrera. So we won’t be seeing any women racing this year, which is a real pity. 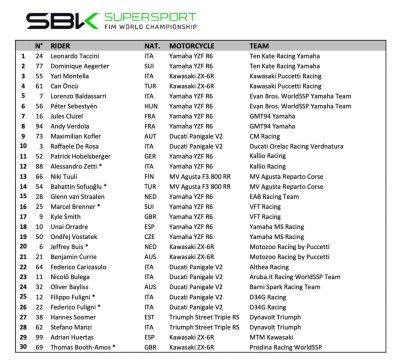 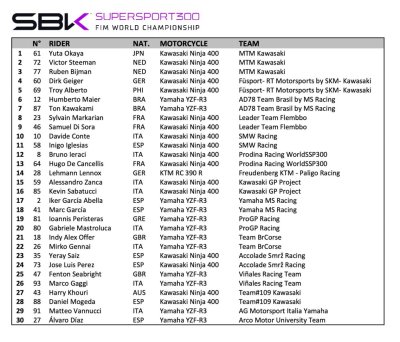