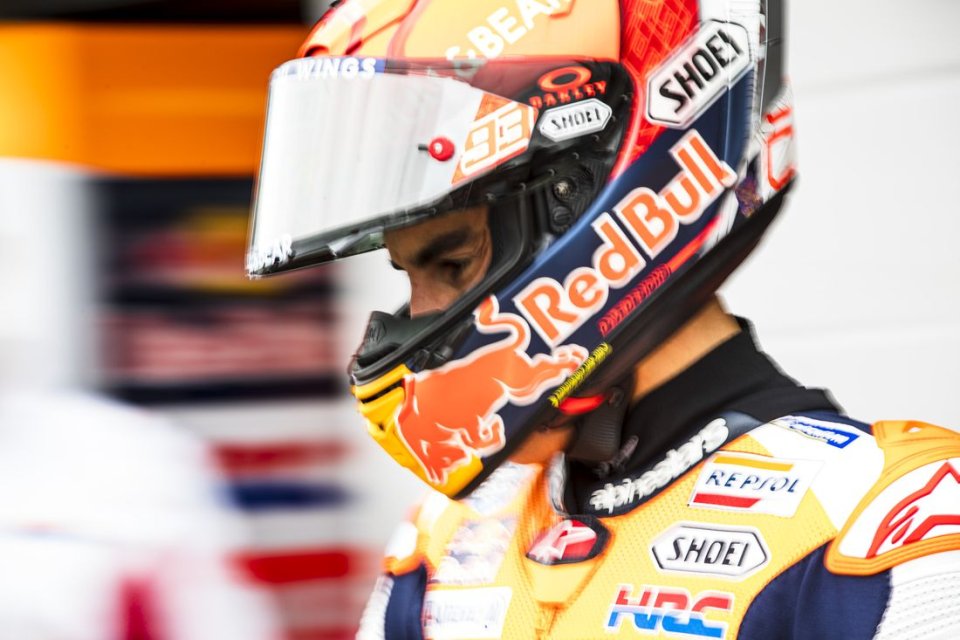 The latest official statement on Marquez’s condition had put off until the days leading up to Christmas any more updates on the diplopia the rider is suffering after his off-road accident. The silence has been broken by Alberto Puig, interviewed by Motosan.

“Marc is resting as the doctors told him to do, trying not to get stressed and waiting for the time to pass. We hope that little by little things will return to normal”, were the team manager's words.

At the moment, therefore, it is not yet known whether the problem of double vision will resolve itself or will require surgery. All this less than two months from the first 2022 tests in Sepang. This year Honda had to give up its top rider in the first few races, a possibility that Puig does not even want to think about for the coming year at the moment.

"I don't think so, it would be like saying: 'Are you thinking you're doing something badly?' - he replied - We are not considering it, it would be like self-flagellation. What is certain is that we must be guided by the advice of the doctors and depending on what they will tell us we will see what will happen ".

Not being able to count on Marquez again would be a big problem and the Spanish manager is fully aware of it.

"We have been through two years in which there has been virtually no development - he explained - When you have a winning rider and he is not part of the development of the bike, you miss the comments of the leader and of the one who pushed that bike to the limit. So, yeah, you probably lose a little bit of direction, it’s human. We haven't had Marc in good condition for a long time now and obviously the other riders have done their job well, thanks to the opinions of Bradl, Alex Marquez last year, Nakagami, Pol. But the absence of Marc's opinion was felt in the development of the bike ”.