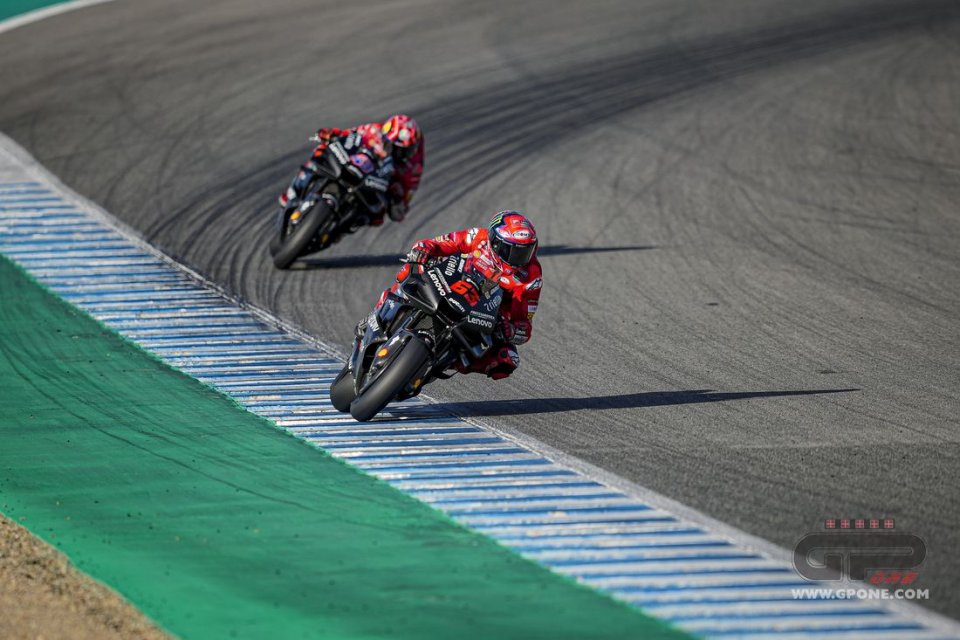 The holidays for the MotoGP riders begin in December. Tests are forbidden and it's time to take a well-deserved rest and recharge the batteries for the first tests next year. The world championship, however, does not go on vacation, on the contrary the winter months are full of work for the designers who have to prepare the bikes for the following year.

In the last tests at Jerez, at the end of November, the first innovations were already seen but, as usual, the engineers are keeping their best until the very end, also so as not to reveal their cards too soon. An idea of ​​what awaits us for 2022 in some cases is clearer than in others.

Ducati: no limit to the best 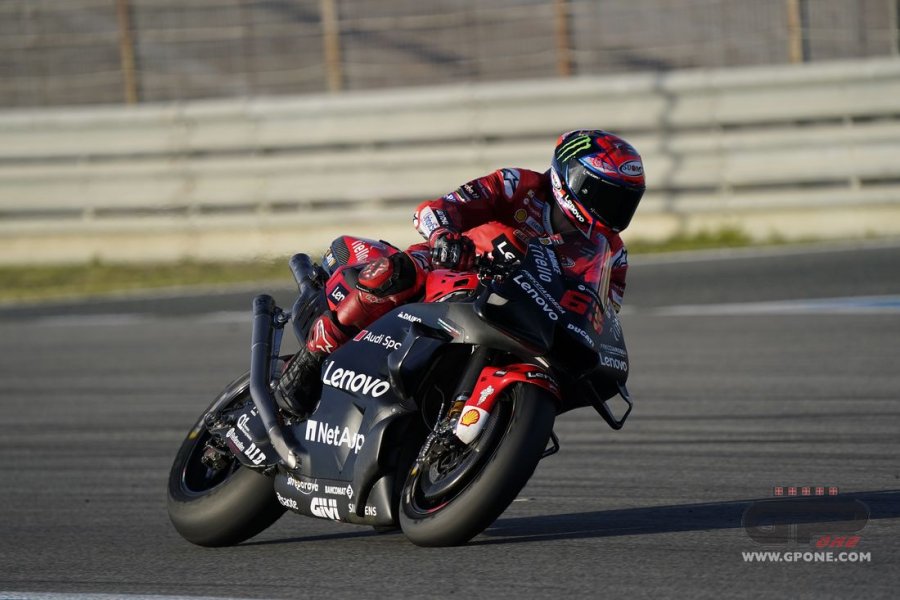 Until a few years ago the Desmosedici was described as a bike for strong stomachs. All heart (read engine) and little else. However, the Dall'Igna treatment has had its effects and they have all been beneficial. Now it is the most desired bike, the one that all riders can ride and with which, above all, they are able to be fast. Thanks to the Veneto engineer and his group and also to Michele Pirro, one of the best testers around. The result is that every new feature, whether small or large, works and moves the bar higher and higher.

Jerez saw the evolution of the new aerodynamics that first appeared in Misano and which should improve mid-corner behaviour, even at the expense of some small losses in acceleration and on the straight. Then there was a new chassis, some updates to the 4-cylinder and a very long (and ugly) exhaust.

After all, the time for revolutions has passed for the Red team, now it is just a question of working on the weak points without losing the balance achieved. Bagnaia & company left Spain with a smile, a sign that the road is the right one. 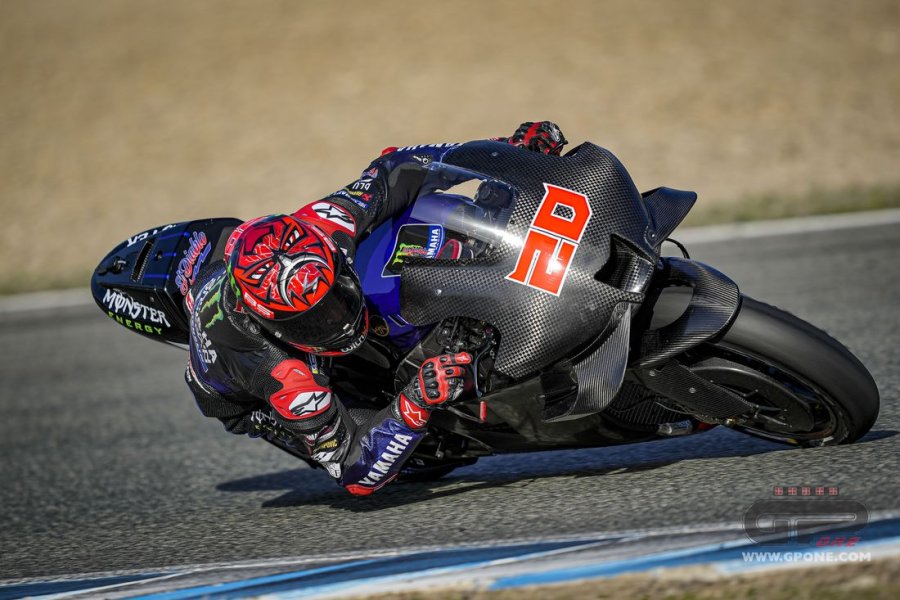 When it comes to the M1, it’s always the same old story: for years, finding visible differences has been a job for a lynx. So the same old story is repeated, 'nothing has changed', but then on the track the stopwatch proves that Yamaha is right. In Jerez it was exactly the same, with a new fairing that looked like the old one, a new frame that looked like the old one and so on.

That’s the working method of the Iwata engineers, however, and there is no point expecting anything else. If anything, what the riders are clamouring for is horsepower and you can't blame them. The Yamaha is a nice bike to ride, sincere even though it doesn’t go without saying that you can’t take it to the limit, but when it comes to power it is regularly at the bottom of the table when it comes to top speeds.

Quartararo has complained about it several times, also because it’s not the easiest thing for them to overtake. Now the ball is in the hands of the engineers, because the first evolution of the engine tested in Spain was not enough. "Give me a fast bike, it doesn’t matter whether or not it’s easy to ride," Fabio wrote in his letter to the Japanese version of Santa Claus.

Honda: the time has come for a change 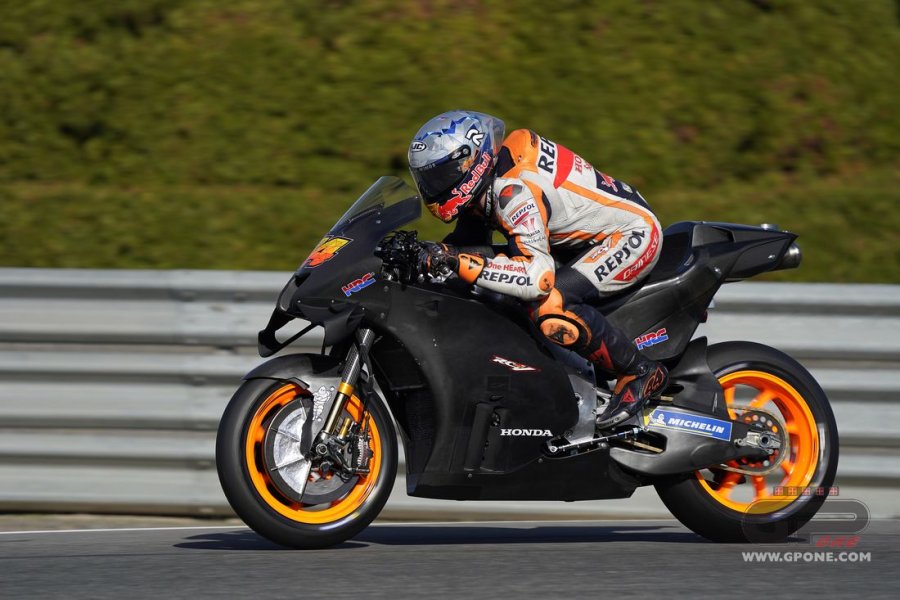 The RC213V was the only truly 'new' bike seen at the test. The old project seemed to have come to an end and it was time for a change. HRC is second to none in firepower and indeed the first prototype was seen in the summer. It doesn't bear much relation to the current bike: starting with the fairing, passing through the frame, engine and so on.

"A new concept" was how Alex Marquez described it, underlining how a bit of agility was lost while gaining a lot of traction. It could be argued that they have followed the path of Ducati, the most 'modern' bike from various points of view.

The goal is clear: to make a bike for everyone and not just for the acrobat Marc Marquez, who is still in the infirmary and therefore cannot give his important feedback on development. The first step has been taken, but it is certainly the project on which more work needs to be done. 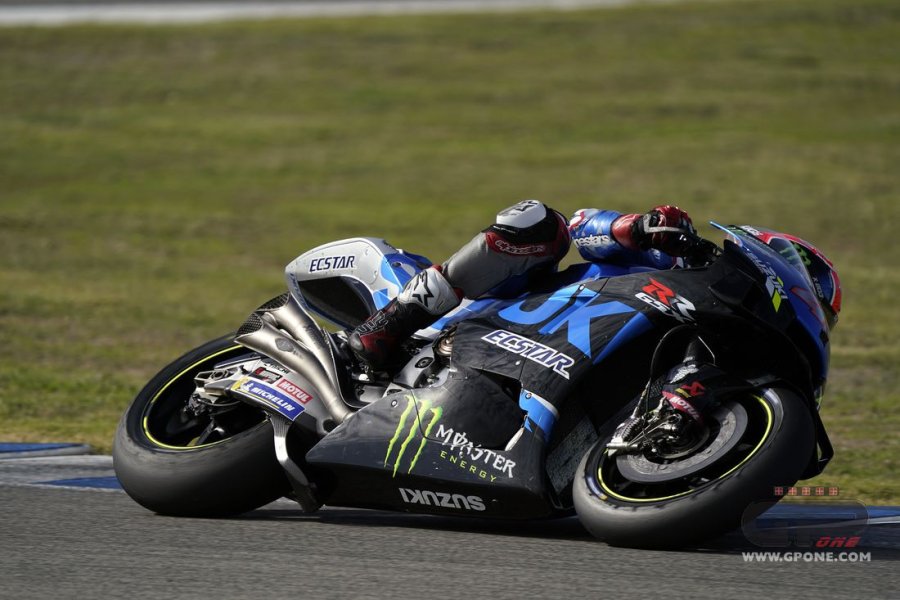 The GSX-RR did not have a good 2021. While it had seemed one of the best bikes on the grid the previous year, this season it has failed to keep up with the best of the competition. Davide Brivio’s farewell also weighed heavily, forcing Shinichi Sahara, the manager of the MotoGP project, to spend more time on the circuit and less in the racing department.

The new features (including the rear lowering device) arrived late and development went slowly. The Japanese know this and have tried to catch up with the best competition. The bikes seen at Jerez did not feature any eye-catching evolutions, but there were. First of all the engine, the 2022 version of which had even been tested in Qatar at the beginning of the year. As with Yamaha's cousins, the goal is to find horsepower to decrease the disadvantage from the V4 bikes.

For the rest it is a question of fine-tuning, because the base is there and it is solid, but not enough to fight on an equal level, so it seems, with the best.

Aprilia: under the dress ... a lot 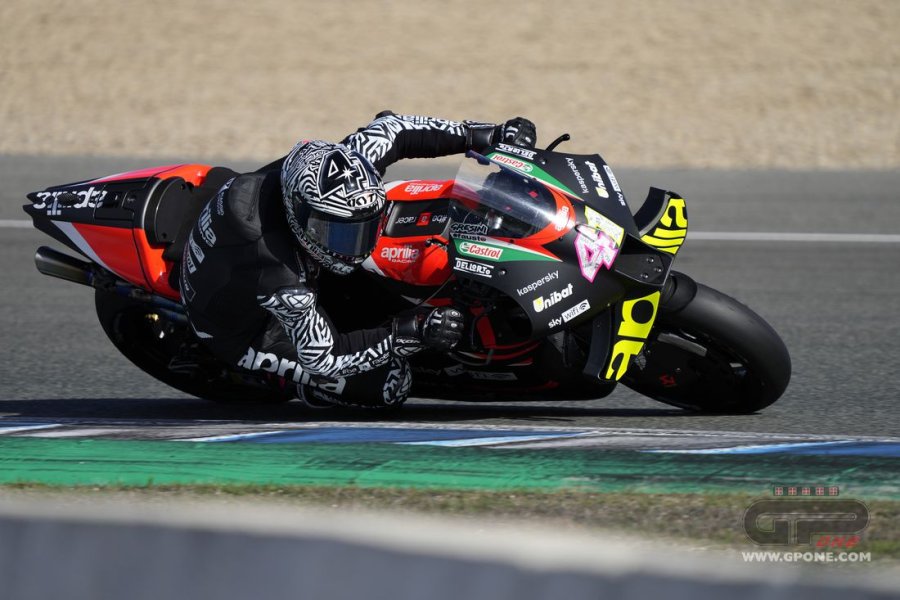 Aleix Espargarò complained that he had nothing to test in the last tests of the year, but his declarations scared the men in the garage a bit. In appearance (apart from a new exhaust due to a new component supplier) the RS-GP was the same as before, but actually it was a laboratory for the new year.

The project has recently been updated and there is still a lot of room for improvement. Aprilia achieved its first podium this year, but also struggled at the end of the season, showing a certain idiosyncrasy for the cold conditions. The road ahead is almost complete, but the last few steps are always the hardest to take.

KTM: the best is yet to come 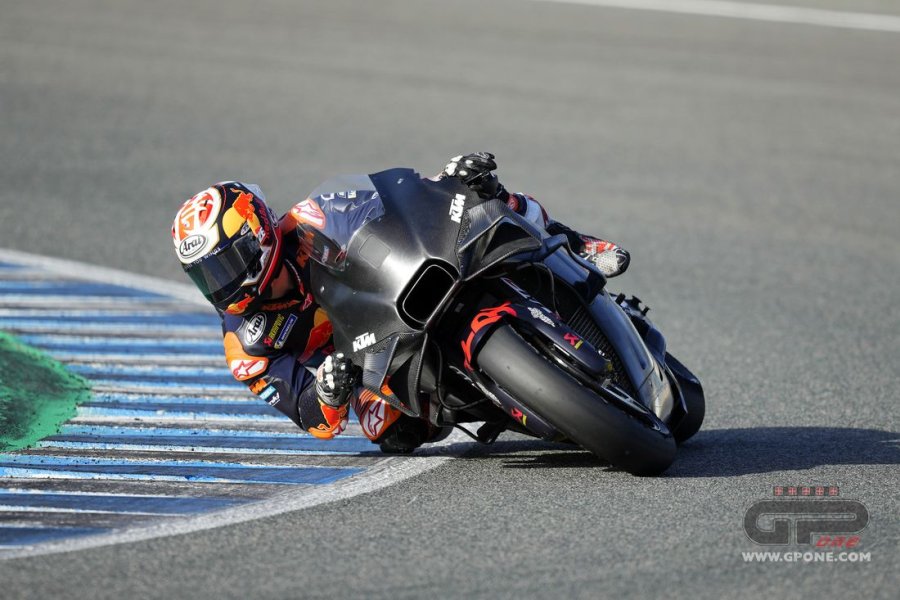 The RC16 took a step back in 2021 and there also seems to be some confusion regarding the direction of development. It’s not surprising therefore that in Austria they have decided to change the technical leadership, with Fabiano Sterlacchini coming in.

Little was seen at Jerez, except for a fairing that recalls the Ducati one in its philosophy. The impression is that the engineers are still working to bring the most important innovations to the tests in February. Returning to 2020 levels is the first goal, not only in terms of results but also to convince the riders not to abandon ship.