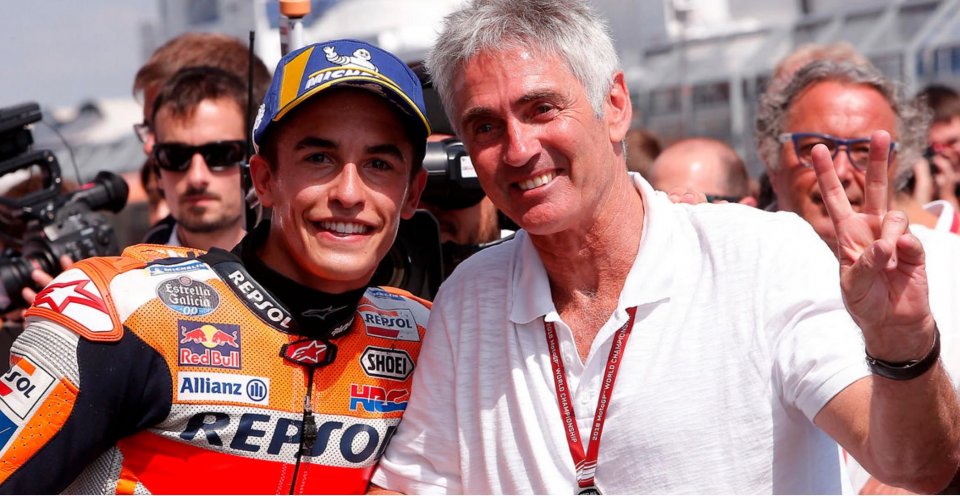 Mick Doohan knows what it means to be seriously injured and then go back to racing. The Australian risked seeing his career cut off prematurely, but then he managed to be stronger than before and win five titles in 500cc. For Marc Marquez, Mick is an example to follow and the Spaniard himself has explained in the past how talking with him helped him.

Doohan has been speaking on the 'In The Fast Lane' podcast and he talked about the difficulties the Honda rider is facing.

"I think really Marc is not fit at the moment and the Honda has gone off-track a little as well, it is clearly not the bike it once was - he explained - Marc is only just starting to get some physical strength in his right arm, so I think that’s been the problem, manoeuvrability and the way he needs to ride, so he’s adapting to that as well and certainly in left-hand turns he’s better, the strength and the mobility will come in the right-hand ones”.

For Mick, Marquez will be able to return to what he was.

“He's only young, but he's still not capable of riding the way he was. With the talent like he has and if Honda can get the bike back, he’s certainly got the credentials to be able to challenge for another world title at least” he concluded.

Marc Marquez, Welcome to Crashland, on track without fear