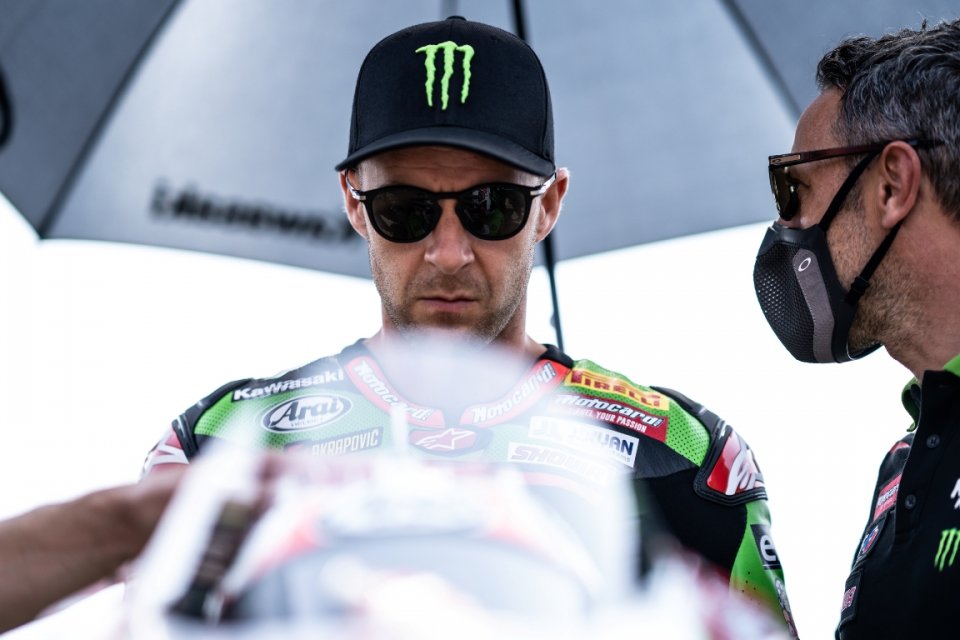 Johnny Rea lost against Toprak in Race 1, slipping into second place in the World Championship rankings five points behind the Turkish rider. The Cannibal tried to attack but, in the end, he couldn’t do anything in the face of #54’s supremacy, so much so that he had to put on the brakes.

Even though he regrets it some, Rea is aware that nothing is lost. Despite the outcome of Race 1, he’s comforted by the fact that he beat the record of seven poles in a row that belonged to Ben Spies.

“To tell you the truth, I didn’t quite understand that I had gotten the pole this morning,”  he said. "Toprak told me when we went to the parc fermé. Then he showed me the message Spies sent him, where Ben hoped I wouldn’t, so as not to break his record. In the end, however, it went differently,” he said jokingly. "Besides this, Race 1 was a positive result. We didn’t win, but I took home the best of what I could do.”

Johnny sees the glass half full.

“This race allowed me to study my rivals a lot and, at the same time, to find numerous data to analyze and compare with the engineers. I felt good at the start. In the first sector of the track, I was competitive, but struggled at turn five. In fact, I wasn’t able to brake like I wanted, and I lost a lot of time when exiting the corners, since I wasn’t as effective as I had hoped.”

At one point, Johnny had to play defense, taking the blow and putting on the brakes.

“When the tire dropped, I no longer had the braking stability I needed. I also struggled to control the bike. Today I strained a lot on the front but, in several moments, I suffered, as well as with the engine in distance and out of corners, where Toprak got away. In the end, I only have to think about avoiding risks and consolidating my second place, which I still consider a positive result.”

In recent years, Rea has made consistency his strongpoint. Who knows if this could be the key to turning the tide on the World Championship?

“It’s true that I’m a consistent rider, and consistency helped me win the world championships. Even against Toprak, I try to be consistent, but it may not be enough.”

Johnny then explains why.

“In the past, when I fought with Davies, Bautista and Redding, I was consistent but, at the same time, we also improved with the bike over the course of the season, raising the bar. But now being consistent isn’t enough, since the level of the world championship has increased and, consequently, you have to risk in certain situations, because you might end up with five fast riders on the weekend and finish out of the top five. In Navarra and Most, Redding was strong, but so was  Locatelli. Also, let’s not forget about Gerloff. We’ll see what happens. We certainly have to work to grow and make progress.”

Rea: "The brakes were overheating, I almost hit Toprak"

Ixon, the supplier of Aleix Espargarò's suit, has revealed data from his crash at Silverstone. The airbag deployed in 950 milliseconds
20 hours 5 min ago