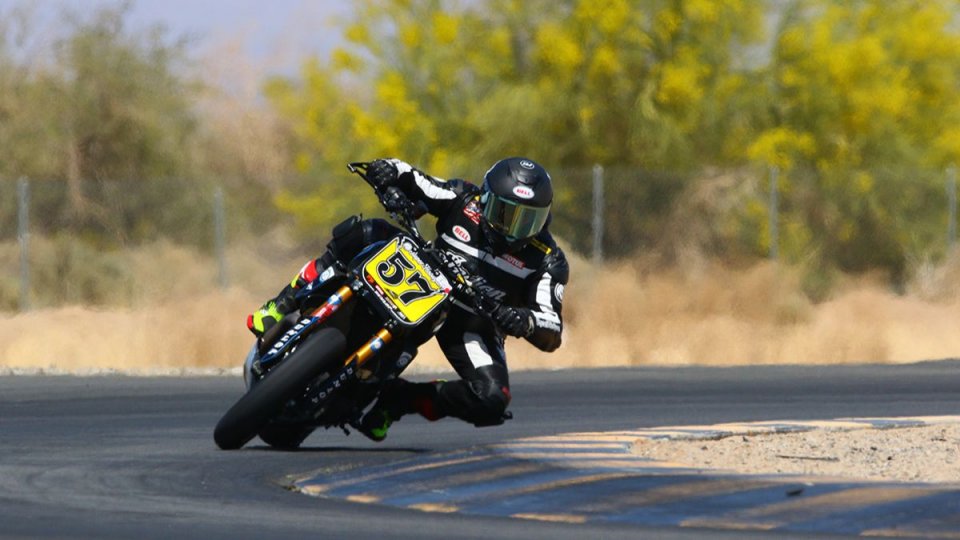 MotoAmerica, North America’s premier motorcycle road racing series, is thrilled to announce that the opening round of the Roland Sands Design 2021 Super Hooligan National Championship (SHNC) will be run in conjunction with round five of the 2021 MotoAmerica Championship in the GEICO Motorcycle MotoAmerica Superbike Speedfest at Monterey at WeatherTech Raceway Laguna Seca, July 9-11.

The Super Hooligan National Championship has a new four-round format with each round featuring one of four unique and challenging disciplines of motorcycle racing – road racing, short track, half mile and TT. The series’ opening round, at WeatherTech Raceway Laguna Seca, will be the road race alongside MotoAmerica’s top-class HONOS Superbike Series and its support classes, as well as Mission King Of The Baggers.

“The 2021 Super Hooligan Championship is all about diversity of terrain and like nothing seen before but still reminiscent of the AMA Grand National Championships the likes that made Gary Nixon, Kenny Roberts and Bubba Shobert legends - said Roland Sands - Our racers are incentivized to use the same bike at all four races. Four races, full send with an AMA National Hooligan title and the bragging rights as the most talented heavy street bike racer.”

Round two of the SHNC will take place at the Castle Rock TT in Castle Rock, Washington, August 14-15, with round three taking place at American Flat Track’s round at Charlotte Motor Speedway in Charlotte, North Carolina, on October 8. The series will conclude in Southern California with the Moto Beach Classic, October 23.

“The Super Hooligan event will give us a glimpse back to the past when riders had to race on both pavement and dirt in order to be AMA Grand National Champion - said MotoAmerica President Wayne Rainey - We will see racers using a variety of riding styles to get the most out of their motorcycles because the bikes they race at Laguna will be the same ones they will be racing in the dirt at the TT, the half mile and the short track. This is going to be a great addition to our MotoAmerica Superbike Speedfest at Monterey. It will be very entertaining to watch and something our fans will enjoy.”