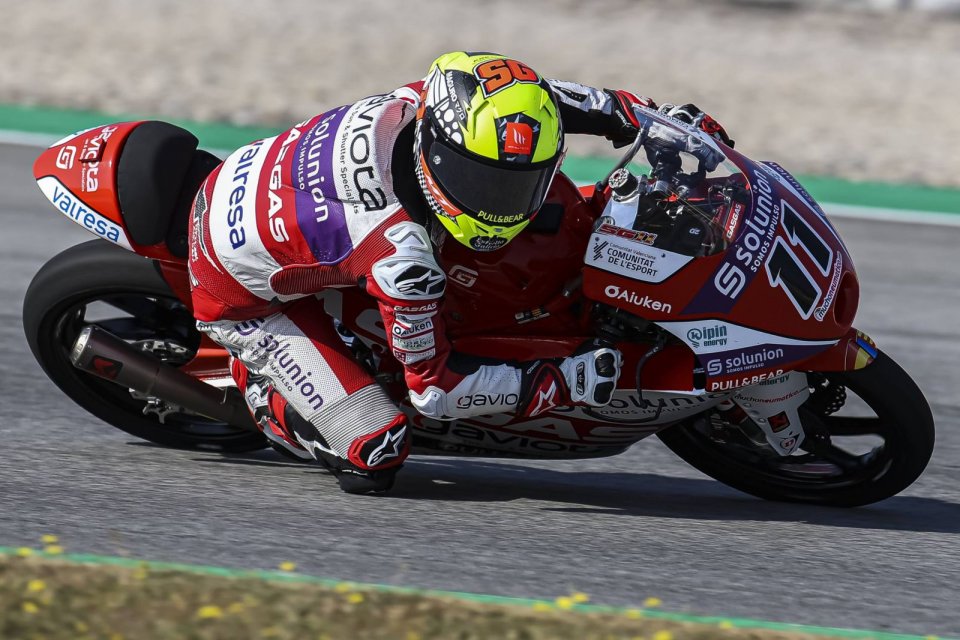 Every weekend the smallest world championship class produces a series of upsets and surprises, and today was no less so. Under the clear skies of Catalonia, Sunday’s race action at the Circuit Barcelona-Catalunya got underway with a win for Sergio Garcia. In his second triumph of the season after Le Mans, the Solunion GASGAS Aspar Team rider took the win in a sprint finish (this time in optimal track conditions ..) managing his strategy perfectly in the final stages.

With an exceptional 11:20 start to avoid a class between MotoGP and Formula 1, the Spaniard got the better of Jeremy Alcoba by a paltry 15 thousandths. With the best result of his career, the Indonesian Racing Gresini rider proved to be extremely competitive over all 21 laps, only to give way to his fellow Spaniard at the end.

While the leading group at times was made up of 18 riders, the no holds barred battle rewarded the bold ride by Turkey’s Deniz Oncu (Red Bull KTM Ajo), in tears on the podium (his first in Moto3), after being promoted by a penalty for his brand mate Jaume Masia (Red Bull KTM Ajo) due to him exceeding the track limits, in fourth.

With the top three finishers paying homage to the late Jason Dupasquier during the post-race celebrations, championship leader Pedro Acosta (Red Bull KTM Ajo) was the protagonist of a formidable comeback from the 25th slot on the grid: able to get close to the top positions in just a few laps, on the final lap he was sucked into the group finishing in seventh position, at the same time taking home some useful points (now 39 points behind Garcia). Darryn Binder (Petronas Sprinta Racing) and poleman Gabriel Rodrigo (Indonesian Gresini Racing) finished ahead of the Spaniard.

Niccolò Antonelli (Avintia Esponsorama), Kaito Toba (CIP GreenPower) and Stefano Nepa (BOE Owlride) completed the top-10. In eleventh position Romano Fenati (Max Racing Team), 14th Elia Bartolini (Avintia Esponsorama), racing in place of the convalescent Carlos Tatay. There was a horrific crash that involved the two Leopard Racing bikes of Dennis Foggia and Xavier Artigas as well as Ayumu Sasaki (Red Bull KTM Ajo): the Japanese rider did not seem to have reported any particular consequences, however, although initially the worst was feared. The same can be said for John McPhee's crash in the change of direction between turns 2 and 3, with the bike dangerously going back on the track. Andrea Migno and Tatsu Suzuki ended up on the ground in an attempt to avoid it. 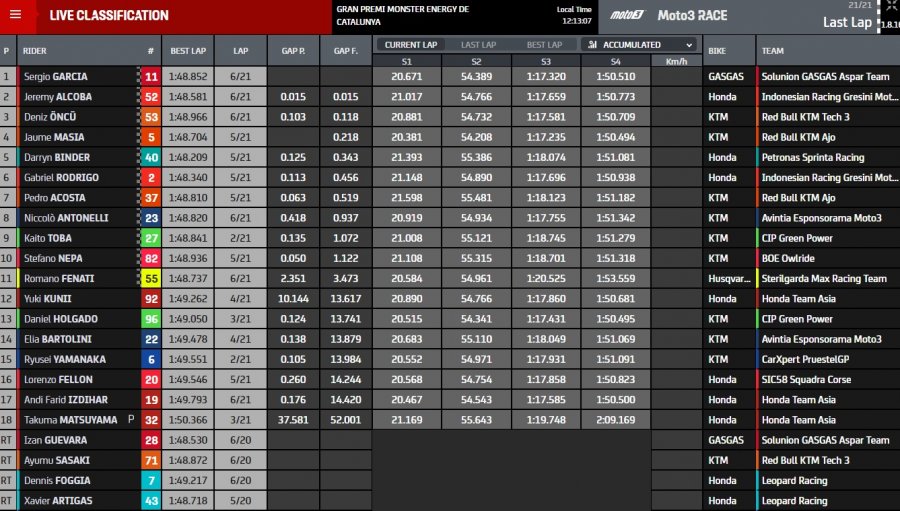 The third brand of Pierer Mobility AG together with Husqvarna and KTM might arrive in the French satellite team that will compete with Pol Espargarò...
16 hours 39 min ago

Additional checks revealed Lowes also suffered a small fracture to the top of his left humerus bone and he has commenced an intensive rehabilitation...
1 day 16 hours ago

British Superbike has not forgotten about Gino Rea, who is still sedated in Japan after a crash during free practice at the Suzuka 8 Hours and began...
1 day 17 hours ago