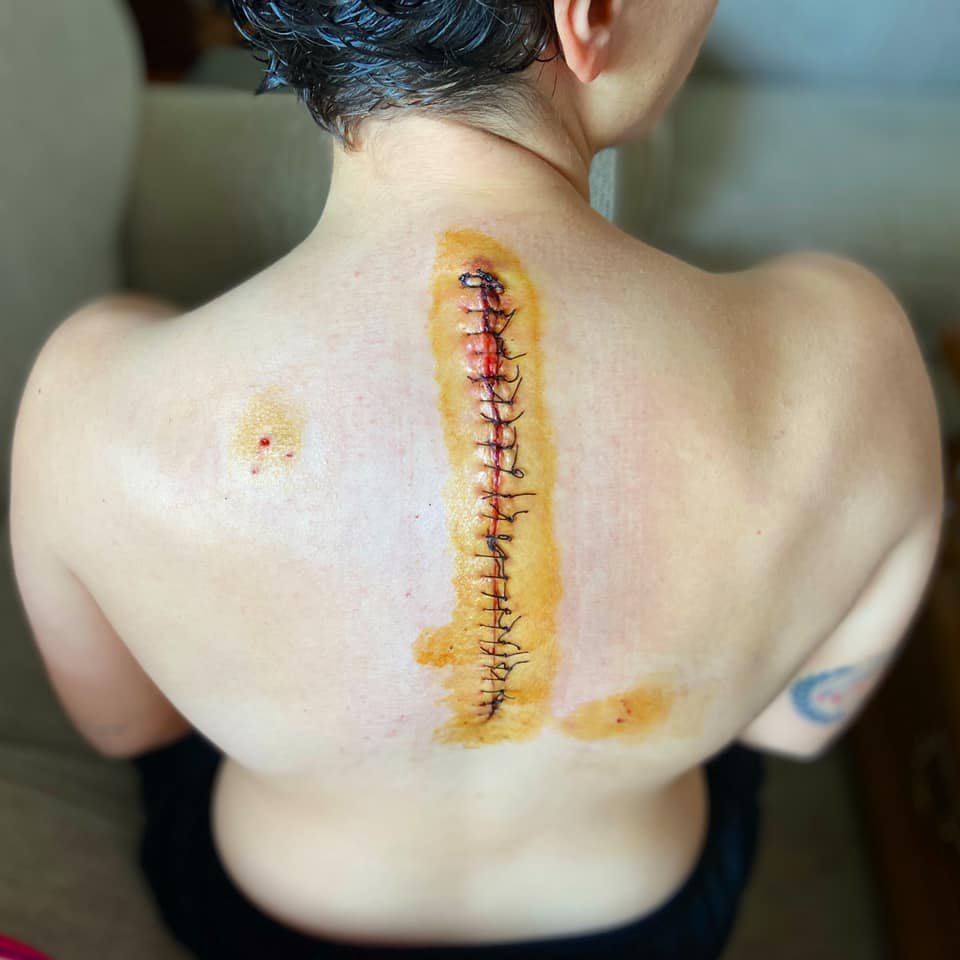 It was September 10th when Ana Carrasco took a violent fall on the Estoril track, fracturing her D4 and D6 vertebrae. Following the accident, the former SSP300 champion immediately returned to Spain where she underwent surgery with the insertion of special plates in her back. This week, after four months, the plates were removed and, today, she showed  a photo of her back on her social media profiles, where the stitches are clearly visible. Her path towards recovery  continues according to plan, so much so that her goal is to be back on her Kawasaki in about a month, while she’s looking towards the start of the World Championship, scheduled for the weekend of April 25th in Assen.