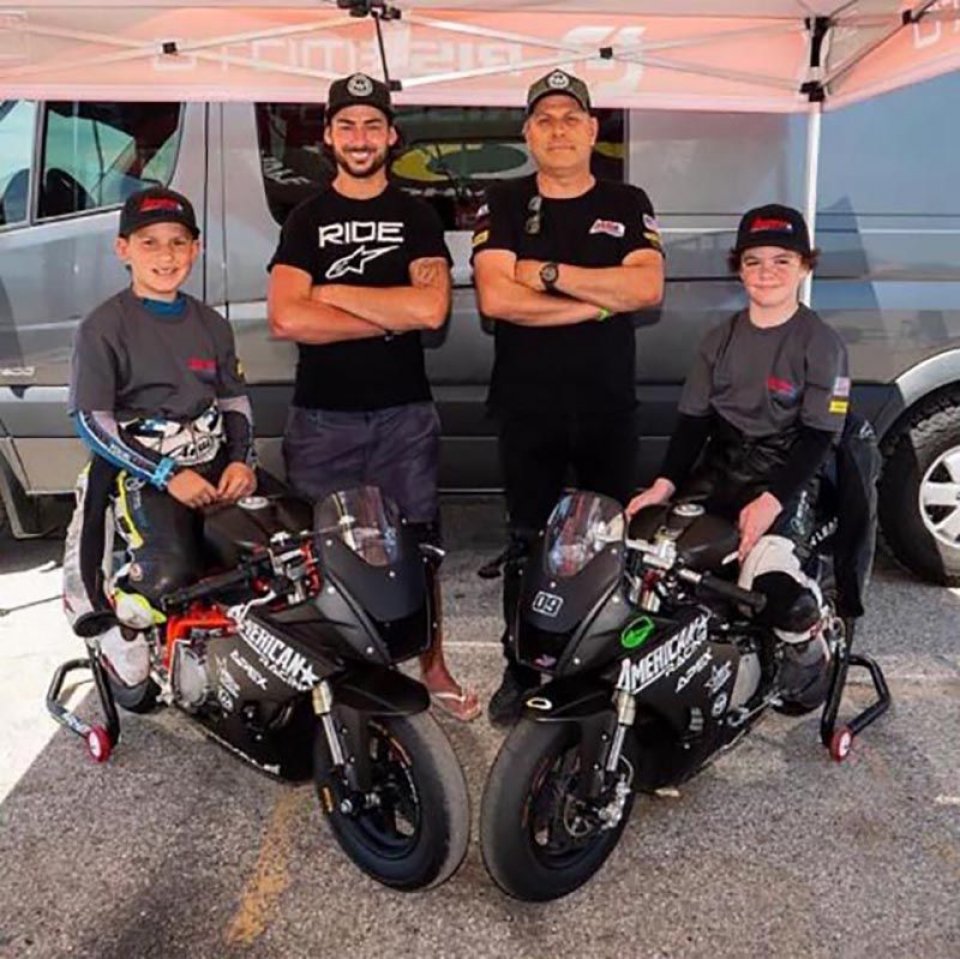 Team boss Eitan Butbul and former American MotoGP star John Hopkins have had lengthy conversations about the state of Americans racing at the highest levels on the world stage. Much of those conversations centered around the lack of support and clear path to MotoGP for American riders.

The focus of the academy is to provide the youngest generation of American riders a chance to learn and grow and provide a structured path to a career at the highest levels of road racing. The newest component of the Academy is the American Racing Ohvale Team, which will provide a number of young riders the opportunity to compete in the MotoAmerica Mini Cup by Motul championship in the US.

The American Racing Ohvale Team will consist of 4 talented young riders; Jesse James Shedden and Travis Horn from California, Kayla Yaakov from Pennsylvania and Julian Correa from Miami. James and Horn will compete in the 160 category, with Yaakov and Correa will be competing in the 190 category.

The 4 riders are members of the American Racing Academy and will receive personal coaching from John Hopkins and other top riders on and off the track. Their Academy experience will also include a personalized training program specifically tailored to their riding needs, use of Academy partner The W Training Facility In California including the pro gym and yearly support of the professional trainers, and exclusive training days at the Academy’s official circuit. In addition, riders will have access to receive personalized coaching in dirt track, motocross and mini/Super moto to help them master those techniques to be able to transfer to road racing. The American Racing Ohvale Team riders will also have full support from APEX Management, who will work with each rider and his/her parents to help them decide the best path through their early career and prepare them for racing on the world stage.

Butbul and Hopkins, through the Academy, are working to identify and recruit additional talented young Americans of different ages to join the Academy with the goal of preparing the next generation of world-class riders.

The top riders in the Academy will also get a chance to race with the American Racing Team in the Moto2 World Championship in the future as part of the program. Butbul and Hopkins believe this is one of the most unique opportunities available to American riders.

“Obviously, things are still in the early stages and we continue to build out the concept of the Academy and find the talented riders” observed Butbul. “The goal is to have the best platform for those young talented riders and to give them the opportunity and support they need to reach the world level. Creating the American Racing Ohvale Team helps in that process.”

The Academy management team intends to host selected talent searches in hopes of finding young talent across the U.S. that may not have the financial means or opportunity to race on their own. The Academy will host promotional track days and training events at various tracks throughout the year.

“The amount of talent in and around the United States is massive,” Hopkins stated. “It’s just a matter of finding that talent, showing them what’s possible and preparing them for the future by giving them the best possible tools and training to succeed at the highest level. Although my family did everything they could to help me from an early age, being from a low-income family meant they could only do so much. If it weren’t for the help from a select few individuals, along with an academy-style series they had back then called The Aprilia Cup Challenge, there is no way I would’ve ever made it into professional road racing, let alone MotoGP. Eitan and I want to be able to give back and provide young American riders the same opportunities that were given to me.”