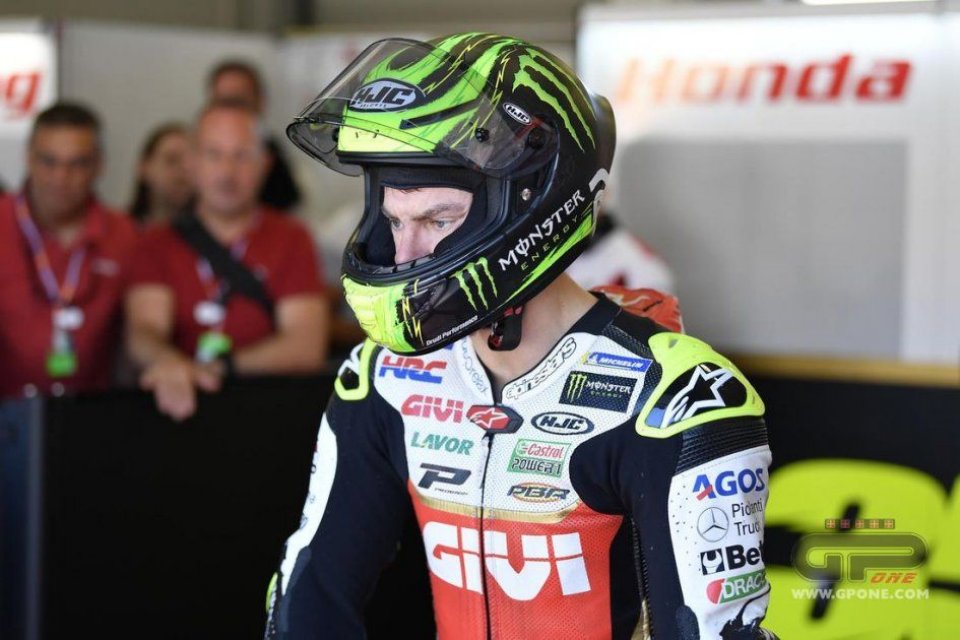 The news of the week is that Cal Crutchlow will have a new team-mate for the last three rounds of the season, or rather Johann Zarco. The Frenchman will flank the Brit as of Phillip Island, interest in his arrival significant.

The LCR rider was soon asked about this.

“Honestly, Zarco's arrival for the last three races doesn't surprise me - starts Cal – the sponsors are happy (he jokes). As we know, Johann has experience at the tracks we're going to and so I think it's a normal decision”.

The Frenchman will ride the 2018 version of the Honda.

“Last year's bike differs from what we have now, it's easier to ride in fact, particularly through the turns, so it's easier to manage. As I've said, I think that Honda can be easier for him, so I think he can do a good job. Johann has a smooth style like Dani Pedrosa and so he could adapt well”.

Cal seems to give the former Tech3 rider his blessing.

“There's no reason why he won't be able to show his potential on the Honda. He's been very successful throughout his career, a world champion has the possibility to grow with this bike and he'll have three races to show what he can do, step by step”.

Cal hopes for a turnaround at Motegi, with respect to Buriram.

“unfortunately the last race was complicated, as I struggled with the front, especially when braking. I was three seconds from Iannone, but then I was able to catch up. In the end, the gap from the front was consistent. I don't expect any real difference at Motegi, the track features various hard braking points and it won't be easy".

Attention turns to 2020, with Bradl already hard at work.

“I don't know anything about next year to be honest. I was able to test the new bike at Brno, and again at Misano, but I didn't sense any big advantages during that second test. There are always positives and negatives, just as there's always room for improvement”.

In the immediate future lies the triple-header, Motegi closely followed by Phillip Island and Sepang.

“There are many corners at Phillip Island and so we need to work out how to approach that. Sepang is a unique track, another you need to know how to interpret”.