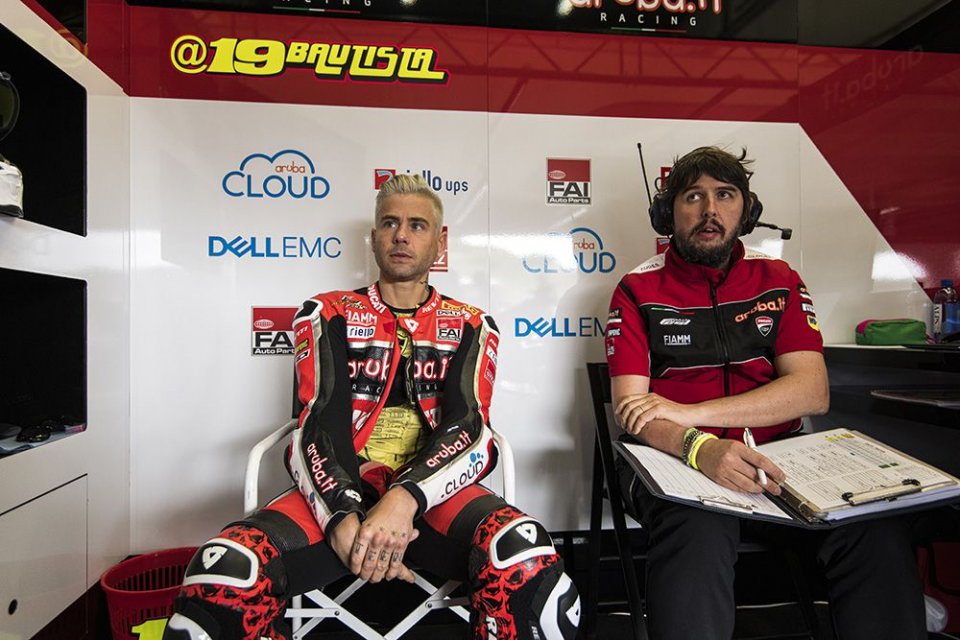 Ducati will not make any counter-proposals to Alvaro Bautista. And not because the situation has changed since when, at the beginning of June, the Spanish rider had a 61 point advantage over Jonathan Rea and, today, finds himself on the chase at -81.

More simply, Bautista has had a contract for some time now. All he has to do is sign it.

"Alvaro has our contract, which is ready to be signed," confirmed Stefano Cecconi, Aruba's CEO, at Laguna Seca. "Of course, we would have been happier to go on holiday at the top of the championship but, even if it's true that he fell five times, he's also won 14 times. I don't think his accidents are a psychological thing. He simply rode to the limit and ,when you ride like that, you can win, but you can also fall. It's not even that the bike has any particular problems. We just need to find a way to pull off the top performances without riding so close to the limit."

So why did Alvaro drag himself from Misano to Laguna Seca without signing?
The answer is simple: the rider and his manager, Simone Battistella, who is also Andrea Dovizioso's, thought that the offer was not adequate.

In fact, there hasn't been much of a raise, while the race prizes, those that this year have upped the salary a lot, and that Paolo Ciabatti said "with Cecconi, we're committing suicide with a smile on our lips," have dropped.

Although in Jerez his manager denied it, we also have to consider that Bautista would have wanted to return to the MotoGP. But after Petrucci signed, this possibility definitively fell through.

Someone insinuated that it was precisely this that threw him off: knowing that, even if he won the Superbike world championship, he could not get back into the premier class.

Today, however, he can still choose by accepting Honda's offer, which is economically more advantageous, but with the risk of a motorcycle that no one still knows nothing of.

On the other hand, Alvaro is already 34 years old, and a great biennial with Honda is still really tempting.

The issues will, however, be resolved very soon when, once the Honda is free from its commitment in the Suzuka 8 Hours, it will ask the Spanish rider to come to a decision.