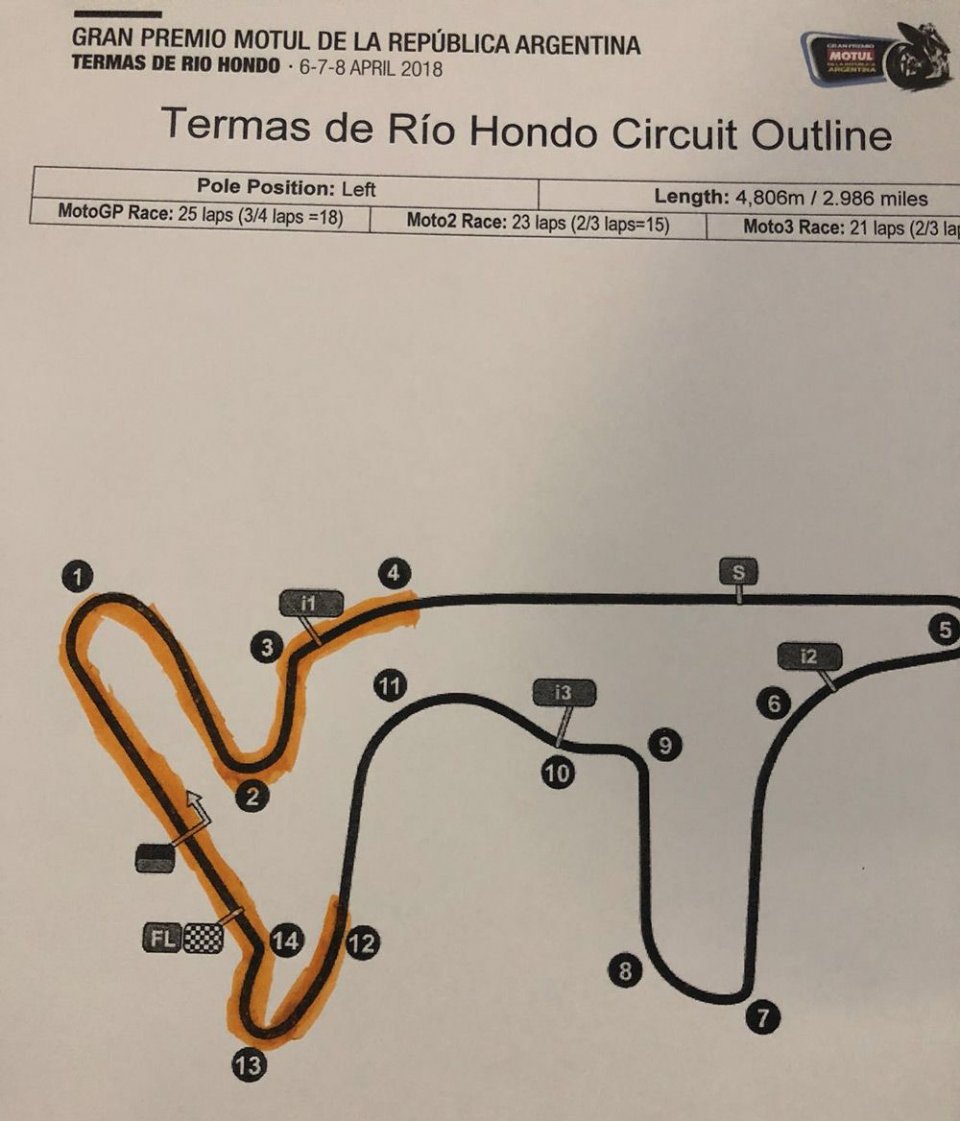 The resurfaced parts of the track are highlighted on the map: 7 corners, from 12 to 4, and the starting straight