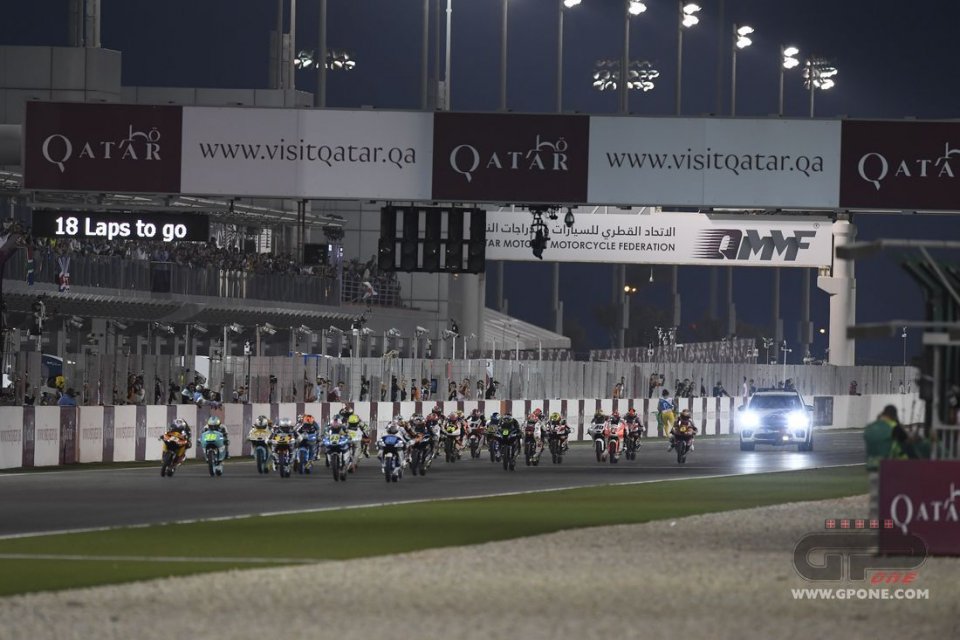 There will be a small change in Moto2 and Moto3 next year, in that the Grand Prix Commission, having met on 29 November, has decided to add a teams' championship to the two minor categories, in addition to MotoGP.

Teams will therefore have their own classification, with the points scored by their first rider across the line contributing to the tally, even in the case of a stand-in rider.

Also confirmed are the two MotoGP trophies for the best private team and the best satellite rider.

During the meeting, a KTM request for 5 wildcard entries for Mika Kallio (at rounds in Spain, Catalonia, Germany, Austria and Aragon) was also approved. According to the new regulation, manufacturers racing with concessions will have the right to 6 wildcards in a season compared to the 3 that other manufacturers are permitted.

The Commission also made a decision as to the best Grand Prix of the year, with the Sepang round claiming the victory for 2017.

Lastly, the use of messages on the dashboard has been confirmed for 2018, a new feature introduced during the course of last season. The system works, with the updating of only a few technical details.