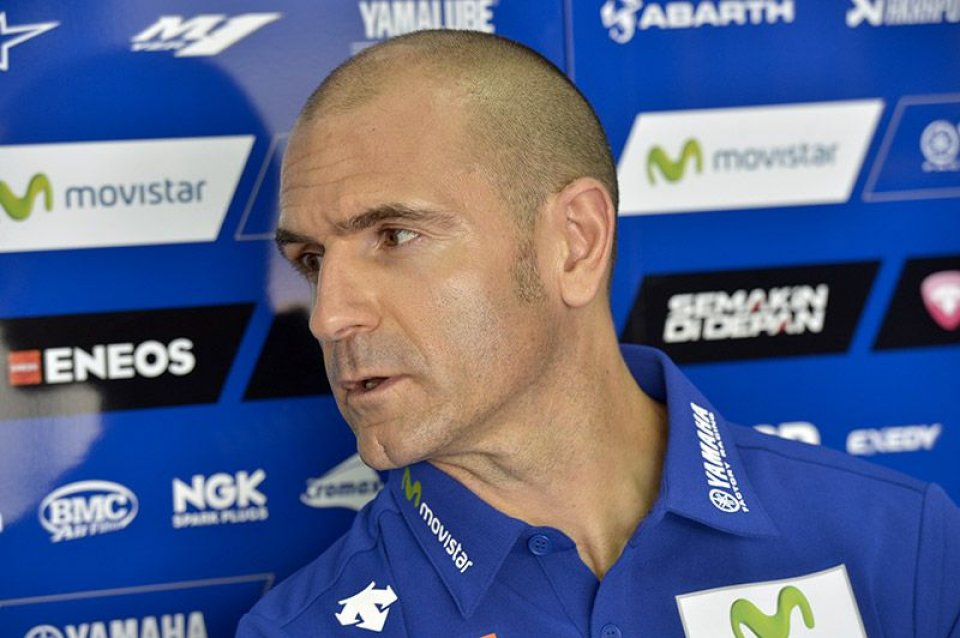 The Monza Rally Show is an occasion for Rossi to interact with the public, but at the same time to catch up with the people he's worked with during the year. Yesterday, Maio Meregalli was also in his garage. The Yamaha sporting director got a close look at the Fiesta WRC, revealed one of his dreams.

“It's always good to be here, though in recent years I've been thinking how cool it would be to race in this rally. I'd like to do it one day with Cadalora, I'm keeping it in mind for the future”.

Now it's time for some holidays.

“More or less. On 22 we'll break up and then start up again on 9 January. We'll have the team presentation, then  the Sepang test".

There was concern about the weather at Sepang.

“We decided to go to Malaysia because it's a complete track in terms of bike development. The weather was fundamental especially considering what happened in the October race. On set-up day it rained then we had two sunny days. The asphalt offered great grip and we were able to complete our work programme”.

The test after the Valencia race had raised some doubts.

“It's true, I don't hide the fact there were some doubts in Spain, but in Malaysia we dealt with those. Both riders had the same material available and chose the same”.

At EICMA Brivio said that Vinales will be a new Lorenzo.

“I knew he was fast, but I didn't expect it to be so immediate. Already at Valencia he impressed, and in the second test he again showed his competitiveness. He could well be like Jorge in terms of speed, but better in terms of character”.

In the past the Rossi-Lorenzo relationship hasn't been easy. Is there a risk this could happen with Maverick?

“I'm not thinking about that right now, we were able to manage the last season without any issues, despite the deterioration in Vale and Jorge's relationship. I don't think we'll have any problems”.

What has struck you about Maverick?

“His calm, sure way of providing feedback, and his speed”.

Ciabatti has said that Losail could be a chance to win.

“I hope not, but it is probable. Both the Ducati and Jorge have always been strong in Qatar

But Marquez remains the favourite?

The other day Valentino said that this year he was carrying the baggage of the previous season. Do you think that serenity is the key to the championship?

“After 2015 I thought he'd give 100% and he's even improved. If he starts from where he's left off he has all needs to score his tenth title”.