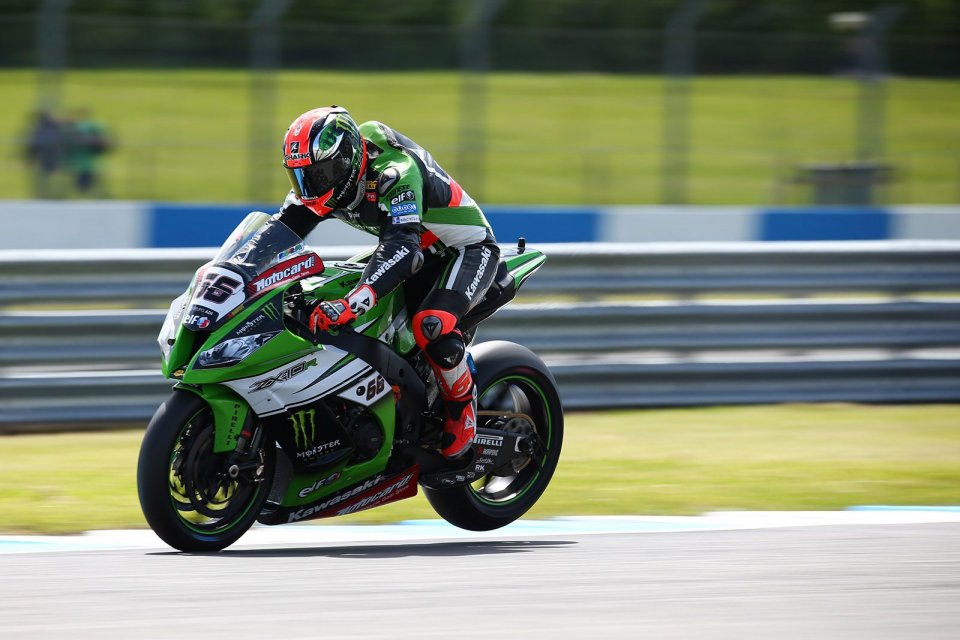 A spectacular race from start to end, concluding with a win that didn't seem such a sure thing during the opening laps: Tom Sykes, after making a mistake, recovered, fought, passed and won. For Tom this is win number 7 at Donington, meaning he overtakes King Carl Fogarty in terms of the number of race wins scored at this track.

Sykes had his work cut out in order to get the best of an extremely fast Davide Giugliano, finally back to being as quick as we know him to be, and was able to beat the Italian in the final laps: "That was a great battle with Davide - confessed Tom at the end of the race - he really made me work for it today. We can do more tomorrow" concluded the Donington race-win recordman. " I hoped Tom would drop back a bit at the end, but no way. He was strong. I was on the limit today, but it was great to be back at the front. Tomorrow we'll try again. " commented Giugliano. Third, but a problematic third, for Johnny Rea, who made many mistakes owing to technical issues, and an impressive fourth for Camier, who closed ahead of Nicky Hayden, fifth, and a strong Lorenzo Savadori who, if it weren't for a small mistake on the penultimate lap, would have been even closer to the podium. Seventh for Torres on the BMW, ahead of Dutchman Van Der Mark, eighth but never really in the mix. DNF for Davies who crashed twice, losing ground to Rea in the general standings.

A classification that sees the gap between Jonathan Rea and Chaz Davies increase to 58 points, with Rea first with 273 and Davies still on 215, with Tom Sykes breathing down his neck with 212. Giugliano lies fourth with 138 points. 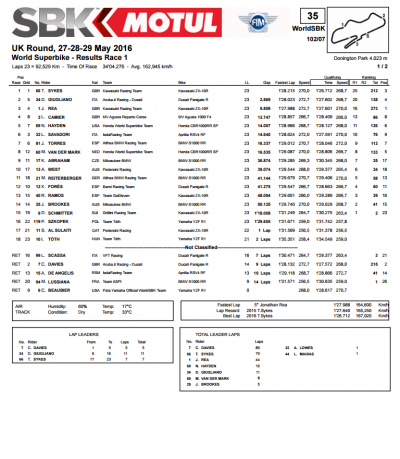