A weak sun, wintry temperatures and a freezing track, which left teams asking themselves which tyre to choose for the 21-lap race? As is so often the case, it was Tom Sykes starting from pole on the Kawasaki, alongside the Yamaha of Frenchman Guintoli, and an impressive Davide Giugliano on the factory Ducati Aruba bike.

A great race that was hard-fought from beginning to end, with local man van der Mark losing out on victory after a crash. Johnny Rea was able to clock up win number four, joined on the podium by Davies in second and Nicky Hayden, who scores his first SBK podium. An incredible fourth place finish for Brit Leon Camier on the MV Agusta, the bike continues to grow, thanks to the hard work of the rider and team.

The Dutch crowd deserves a particular mention, with fans applauding their local hero, despite him being ruled out of the race, as well as all other riders. There was no booing or insults to be heard from the stands…

THE RACE – The action began on the grid, with Xavi Fores suffering a technical problem with his Ducati Panigale that caused him to start from pit-lane. There were strong winds throughout the race. Sykes and Rea got away fastest, followed by Giugliano third and Chaz Davies in fourth place. Before the end of the first lap, Giugliano had lost several places by running long, allowing Davies to move into third.

A mistake for Sykes on lap two saw Rea get by, with Chaz Davies poised to do the same. The top three battled it out, with a series of risky moves, before Davies moved into second on lap four. The Welshman didn't hang about, also making his move on Rea, who immediately tried to fight back.

An extremely tight group with Davies, Rea, Sykes, Van Der Mark and then Guintoli found himself in the gravel, meaning he and the Yamaha were out of the running.

On lap six it was Johnny Rea's turn to make a mistake and in the meantime Hayden was keeping pace with the leading group, with Italians Savadori and Giugliano in seventh and eighth.

The leading quintet worked to conserve the tyres, before Giugliano was forced to retire, leaving his Panigale in the hands of his mechanics in the garage. A rear tyre change and a race to forget for the Italian rider.

The real fight got underway 13 laps from the end, with some crazy riding from local hero Van Der Mark before Sykes ruled himself out of the race at the last infamous chicane.

Four were left to battle it out for the win: Davies, Rea, Van Der Mark and an impressive Nicky Hayden with the other Honda CBR. The American won the MotoGP here with the RC211V in 2006, the season in which he also took the title. The only factory Yamaha left on track, ridden by Alex Lowes, came under attack by rookie Lorenzo Savadori, strong on the Aprilia RSV4.

6 laps from the end and it was still Rea behind Davies, followed by Van Der Mark and Hayden, fourth.

Lorenzo Savadori fought hard against the Althea BMW bikes of Reiterberger and Torres for sixth. The German and the Spaniard ride well aat Assen while up front the show continued, with Rea passing Davies, the Welshman fighting back, Van Der Mark catching Rea and Hayden moving ever closer to the podium.

With Rea in the lead, Van Der Mark, thanks to a spectacular demonstration of braking, moved into second to the delight of the home crowd. The young Dutchman took the lead three laps from the end, but unfortuantely the race proved to be as unpredictable as his crash, when he suddenly lost the front and went down, to the huge disappointment of both rider and team.

The last lap saw Rea giving 110%, Davies perhaps even more and Hayden comfortable in third; the Northern Irishman gained a few extra metres over the Welshman, crossing the line first ahead of Chaz Davies and Nicky Hayden, the first SBK podium for the American.

In parc fermé Rea commented: “We worked gradually towards this win, I know we had a little extra in our pockets and I made the most of this in the last two laps; I dedicate this win to my family who are here at Assen”.

Nicky Hayden, finally smiling :”When I saw my team-mate crash out, I was risking to do the same, but stayed up. Thanks to my team for this deserved result."

A disappointed Davies explained his second place: "I'd finished the front tyre and was difficult to keep it upright, but I did it. I hoped to win". 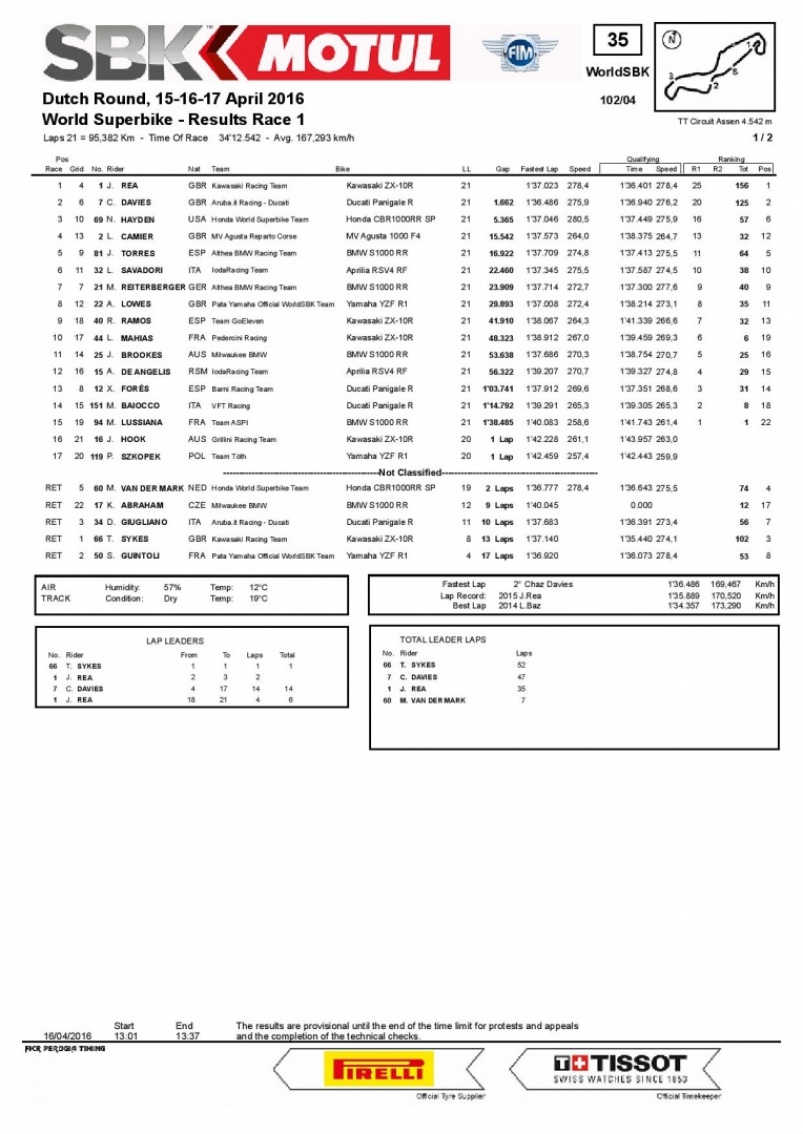 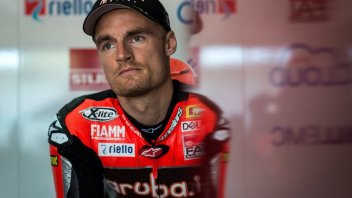 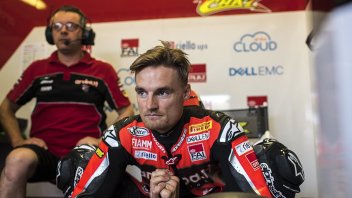