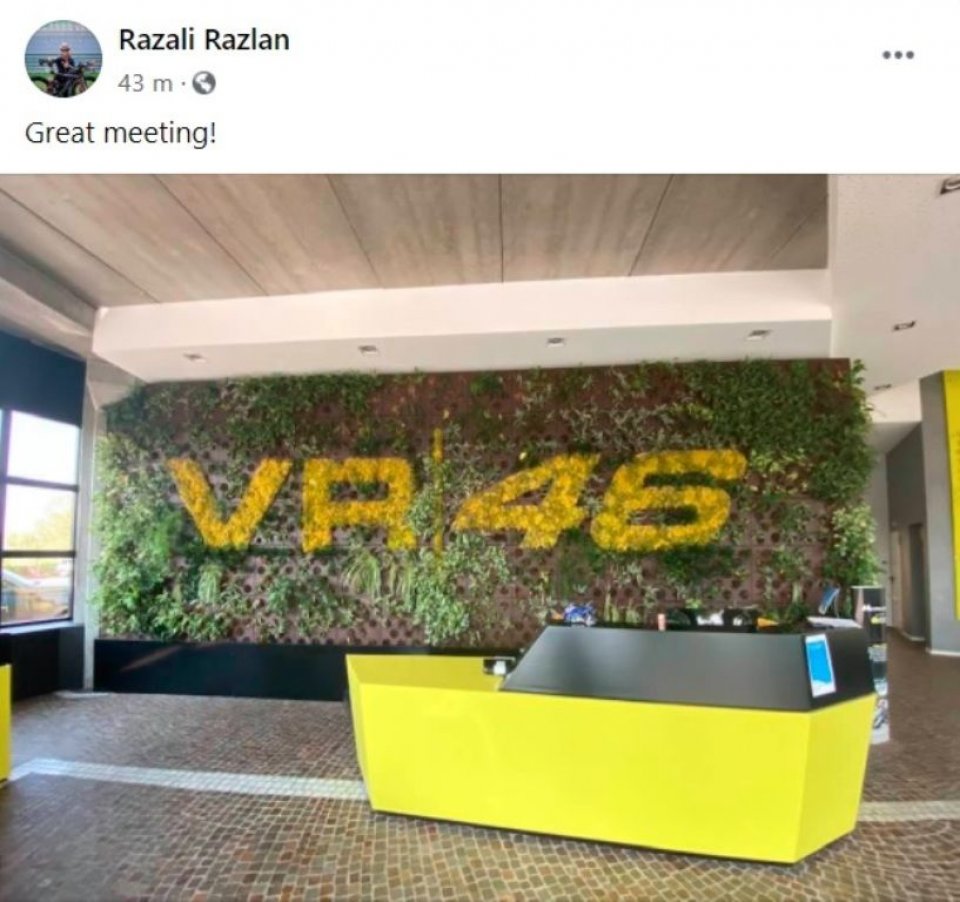 We recently wrote about a tweet by Razali Razlan from the Petronas Yamaha team, when he visited the VR46 (see cover photo).

A few minutes later, the post was removed. Two coincidences that lead to a clue: the contract that will bind the nine-time world champion to the Yamaha satellite team was signed on Wednesday, September 16th  at the VR46 headquarters.

The announcement, as was widely anticipated, will be made next week in Barcelona.

It's more than likely that Rossi chose an annual contract with options, also because all the existing contracts of the current teams with Dorna will expire in 2021, so there may be some reorganization.

But that’s not all: the story of the now ill-concealed desire to land one of his teams in the MotoGP, perhaps with his brother, Luca Marini, who’s currently in a run-off with Avintia, could have done the rest.

But will the VR46 actually will be a Yamaha team?

Not necessarily.  During our exclusive VIDEO INTERVIEW, Valentino reiterated his loyalty, but we’re not sure that the same applies to the company he manages. Suzuki – managed by his friend, Davide Brivio, who has recently proved to be very competitive and seems to be the (improved) copy of Yamaha – is instead suspected.

In addition to Donington Park, the BSB riders will be in action in three further practice sessions at Silverstone, Snetterton and Oulton Park before...
22 hours 33 min ago

In Qatar, the first day of the Sky VR46 Avintia team rider in a selection of images on and off the track
22 hours 56 min ago