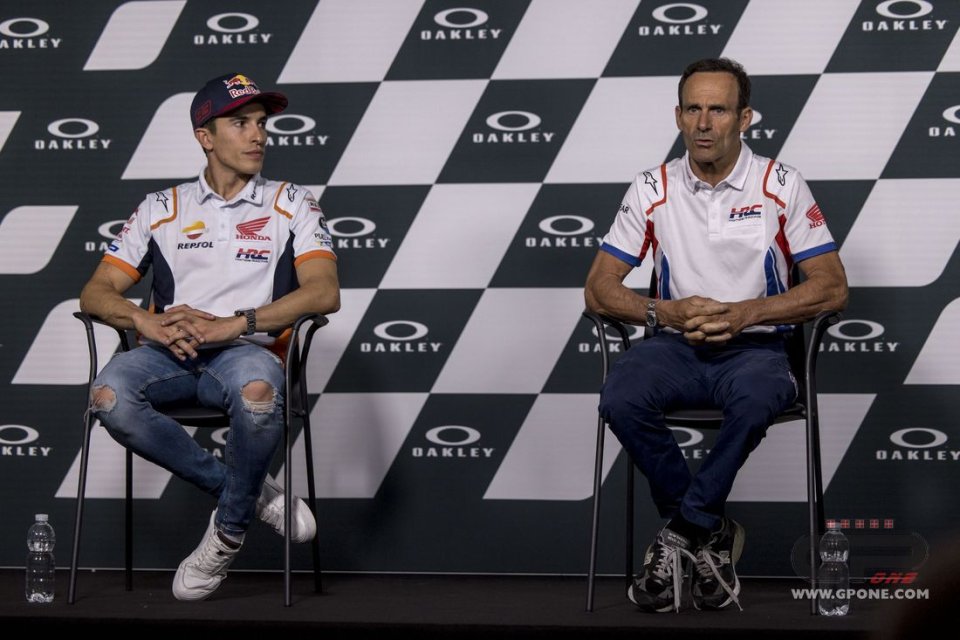 During the press conference held last Thursday at the Red Bull Ring, Marc Marquez didn’t talk about possible dates for his return. "I have an important medical check-up next week, and we’ll figure out my program from its results," he said. The appointment is for this Thursday, and the doctors will assess if the bone is completely healed, and if Marc can start working out seriously and get on his bike again.

Alberto Puig, however, went a little further in an interview on Dazn Spain. Honda’s team manager launched an appeal to Marquez ahead of the Misano tests, which will be held on Tuesday and Wednesday after the race.

"It’ll be problem if he’s not at the Misano tests," Puig said. "The terms were respected and the doctor told us that on August 25th he’d have a CT scan. Jf the bone is in place, he can race again. We’ll have to wait and see. I don't think he won't be ready for the race, but if he could be ready for the test … even if it’s not one hundred laps a day, but four, it would be very important. If he won't be at the Misano's tests, then things won’tchange. We haven't had him in testing for a long time, and it's going to be complicated. In the tests in Valencia, we’ll do what we said we would do as Misano. If he's not there, we'll go on like we've done so far, blindly. It's not that the other riders don't understand the bike, but who really understands it is the one who has won several times with that bike. If he’s not there, and it's not an excuse, it would make our work more difficult."