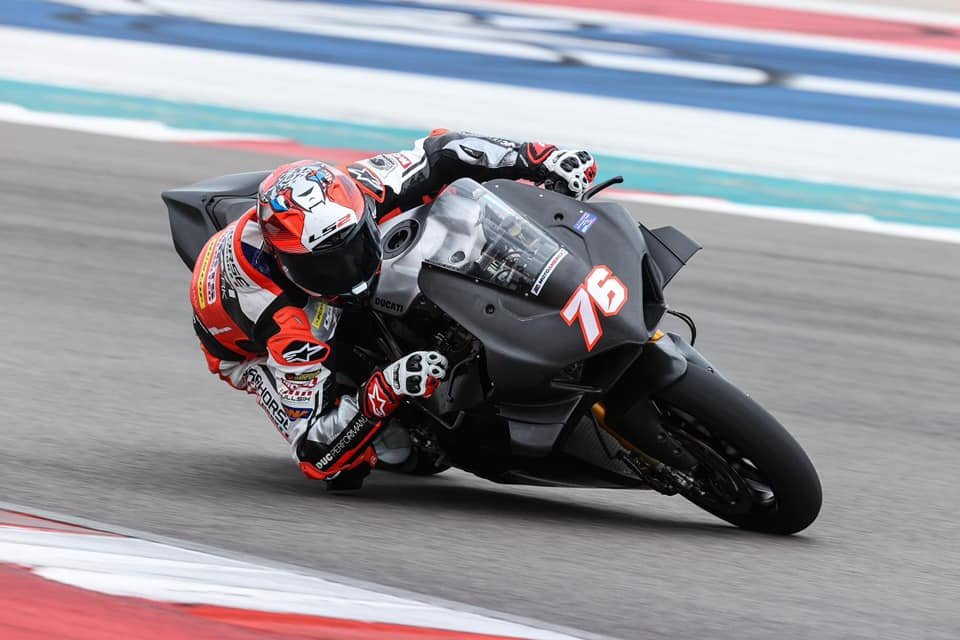 A few days after his unlucky crash in Barcelona, the news is official; Chaz Davies is unfit (two broken ribs) and will not be able to take part in the Jerez de la Frontera Round.

The empty place left by Chaz will be taken by Loris Baz, the strong French rider currently taking part in the MotoAmerica Superbike Championship, with the Ducati V4-R. Born in 1993, former MotoGP rider, he achieved 18 podiums in the World Superbike Championship, the last of which last year on the Magny-Cours track, then riding the Ten Kate Yamaha. Loris was ready and did not hesitate to make himself available to replace Chaz, so much so that he had to take the first flight to Europe, to arrive in time for the Jerez Round, scheduled for 24-26 September. Ready for his debut with the #11 ("his" 76 is already used by another rider), for the first time on a Ducati Superbike, he will be riding the V4-RS until Chaz Davies returns.

The Go Eleven Team would like to thank Loris, the Warhorse HSBK Racing Ducati New York team, Ducati and the Aruba.it Racing - Ducati Team for making the agreement possible in a very short time!

"First of all I want to wish Chaz a quick recovery, it's never nice when a rider has an injury and I hope he gets back on the bike soon – declared Loris Baz - I thank Team Go Eleven for the opportunity given, as well as Ducati and my team in America, HSBK, and Ducati New York, for letting me come back to Europe earlier than expected to be able to participate in the next WorldSBK races. It was a last minute deal, I still have to fix everything to take the flight, but I can't wait to be in Jerez, a track I really like, and get on the Superbike version of the Ducati V4-R. I'll do my best and give 100% as always!"

"I just spoke with Chaz, he's fine, but he's angry at not being able to be with us on the track – added team manager Denis Sacchetti - Now his goal is to recover as soon as possible for the season finale. I'm sure Loris will be able to hold our flag high. He has already demonstrated what he is capable of. He is a strong, fast rider, he has a lot of experience although he is still very young, and he also knows the characteristics of the V4-R, a bike with which he has just raced in the American championship. I want to thank Loris for having accepted this new challenge I can't wait to see him on the track with our colors!"