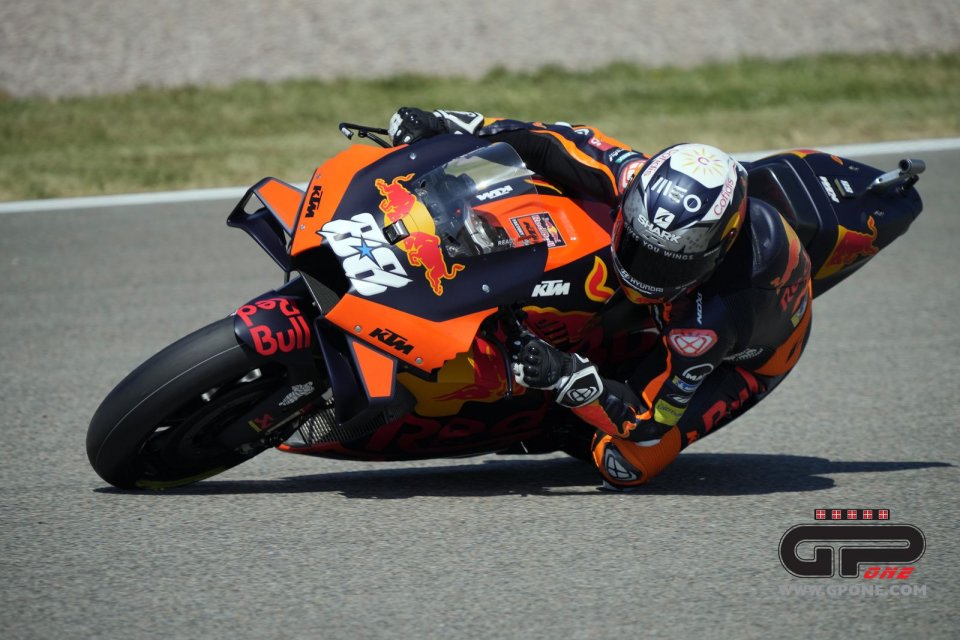 Miguel Oliveira finished the last race of this first half of the season in fifth position behind Zarco's Ducati. The Portuguese rider, seventh in the standings with 85 points, thus cemented the competitiveness of the reborn KTM.

"It was a positive day also in view of the problems we had during FP. In qualifying we could not have done better, today we gave everything and I think that hard work determines the results and it shows, today's fifth place is a demonstration. Now we will continue to improve the bike and work to get good results in the second half of the season. "

The bike seems to go well, but with the points in the standings you are still behind. How likely is a title fight in the upcoming races?

"I will continue to work and race as I have always done, it is normal that the results are sometimes more positive and sometimes less, and we have to think not only about the present but also about the future. There is still a lot to improve and things to learn to be competitive, until the race in Valencia everything is still possible in the standings, there are still many points to be awarded ".

It seems that your teammate had some serious stability problems with the bike on this track, and he has had to come off the gas several times. Did you encounter the same problem?

"Our goal was to make the bike agile, but making it agile and stable at the same time is not an easy result to achieve, you often have to compromise. During the race I didn't have the same problems I had during FP, and the choice of tires might also have been different, but as I have already said we try to get the most out of every race, the atmosphere in the team is always one of being able to learn something and wanting to improve and for a rider it is an excellent environment in which to be able to work ".

So you never had to come off the gas?

"It happened a couple of times when it was necessary, but I don't think that was the main problem in this race."

Was it difficult to overtake on this track, especially for the riders in the big group?

"Yes, also because we were all lapping more or less at the same times. Mir was good at finding a good line at turn 5 and that's where he gained a lot in his laps. Personally I ran at the limit for the whole race and the only obstacle was the riders in front of me who slowed me down, forcing me to wait for opportunities to overcome them ".

Compared to two years ago, how has the KTM changed?

"The change that was felt most obviously was the new development team. We have a rider like Pedrosa in excellent form who is doing an exemplary job, but we have also improved on the communication side. The factory never stops doing new tests. to continue improving the bike, so many things have changed and the atmosphere in the team is very positive. "