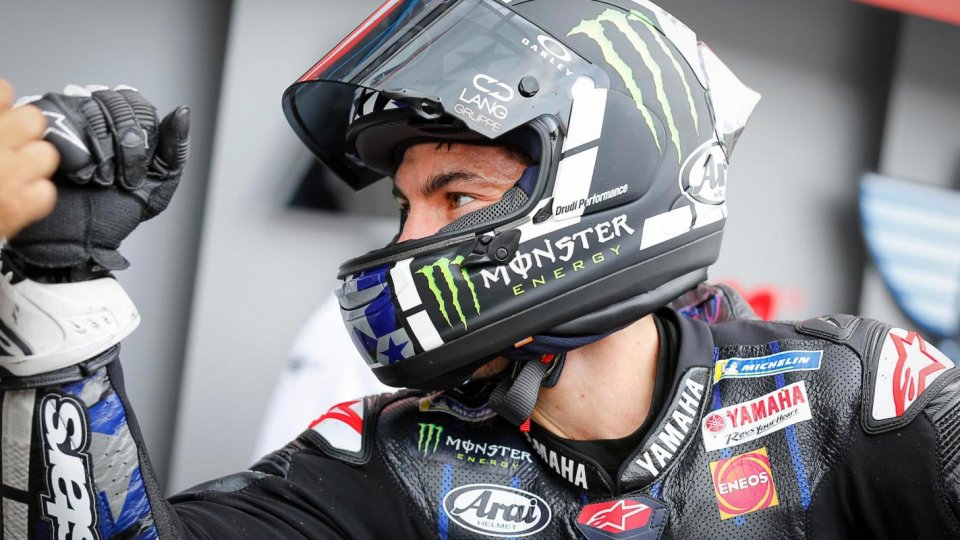 Assen was supposed to be a redemption race, since Maverick Vinales had managed to put the difficulties of the Sachsenring behind him with an excellent second place. A performance that gives the Spanish rider confidence but, at the same time, some regrets, since he himself said that he’s still far from his potential.

But, besides the track, the market is also in center stage, because the Spanish media launched the bomb a few hours ago regarding Maverick’s move to Aprilia in 2022. It’s too bad though that the rider himself denied this rumor during the post-race press conference. A heated conference, during which Maverick was repeatedly pressed about his future.

“I read the tweet on Saturday night, and the Aprilia rumors are completely wrong,"  the Spanish rider began. “There’s, in fact, nothing true about what’s written. The problem is that, in the situation I’m in now in Yamaha, it’s difficult to bring out my true potential, which is being fast, lap by lap, while fighting for the win.”

“Benefitting from this situation is difficult. I’ve been saying the same thing for three years in a row and, every time I get to a circuit, it’s like being in a nightmare. I explain my problems, but I can’t solve them. I also explained the problems at the Sachsenring, but we couldn’t solve them. I’m, in fact, far from my potential.”

Regarding the current situation that Maverick is experiencing, he’s pressed and, at the same time, he’s not certain about his stay in Yamaha for 2022.
“In the situation in which I’m in now, there are many problems and, consequently, I can’t confirm that I’ll remain in Yamaha. Stop like Zarco did two years ago? More than following the other riders, I try to follow myself and my feelings. In fact, I want to find a situation that I can get the most out of, trying to be fast in every lap and fight for the victory.”

The Yamaha-Vinales relationship is undoubtedly the crux of the conference.
“Relations with Yamaha in Japan are excellent, especially with the President. When they renewed me in 2020, he was really confident in me. I can’t help but thank Yamaha for all it's done on the human side for me and for the people who have surrounded me. Instead, I feel bad  about the support from a technical point of view and, from this aspect, I have many things to say. Last Sunday at the Sachsenring was the worst result in my life, and it was complicated. But now there’s a month off. and I’ll try to rest, enjoy my family, and regenerate mentally as well. Obviously, I’ll train to be ready for Austria in August.”

Vinales’ press conference is focused on Yamaha and his future, so much so that the race almost seems to take a back seat.
“I’m very happy with this Sunday, especially with the second part of the race, even if I expected a lot more. The result is good because, after passing Nakagami and Bagnaia, I had a good pace, and I felt strong on the M1. The fact is that it seemed impossible to overtake Taka considering, among other things, the tire wear when I was behind him.”

At the end of the race, Maverick’s glass is half full.
“Over the weekend, we had to work more with the set-up but, after all the problems that emerged, we decided not to make too many changes. Maybe, in the end, I could have done more, but this result is still good. Besides what happened with Fabio, at the start, I think I had a problem with the clutch, since I got stuck and couldn’t start like I wanted.”

Still keeping in mind the race, the Spanish rider’s choice of tire was then discussed.
“There was a bit of fear for the choice, but I have to say that the tire performed well. The problem is that I was behind Nakagami most of the race, and that affected me. Then, at the start, Fabio cut me, which made me lose several positions. Without that inconvenience, I would have ended up second in the first corner. But that’s how the races are, and things like that can happen.”