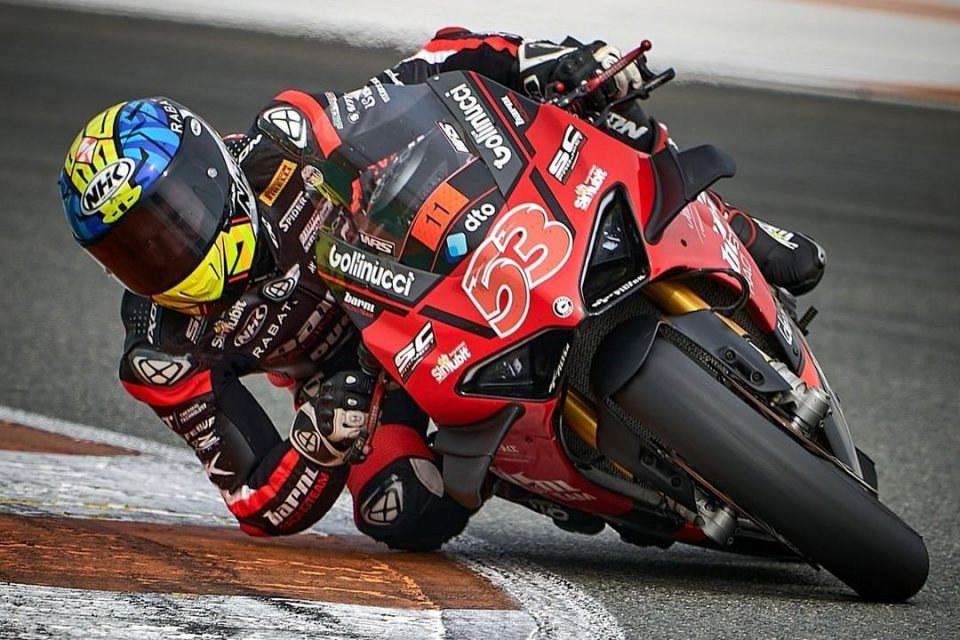 Tito Rabat is unstoppable. The Barni team rider is, in fact, sharpening his weapons in view of the new season, trying to ride as much as possible with the Panigale. In fact, he took to the track in Valencia over the weekend for two days of testing on his Ducati V4S.

After all, the only way to go is by using a road bike, given the regulation that limits the number of test days. One of the most surprising details was the red fairing, since we usually see Rabat using a black one.

Too bad that the latter was destroyed on February 18th, during a test in Mallorca, and hasn’t been repaired yet. That’s why Marco Barnabò  decided to ship to Spain some fairings used by his riders in the CIV.

So Rabat has a brand new red fairing, like never seen before. Now all that remains is to see the official one, with which he’ll face the 2021 season.