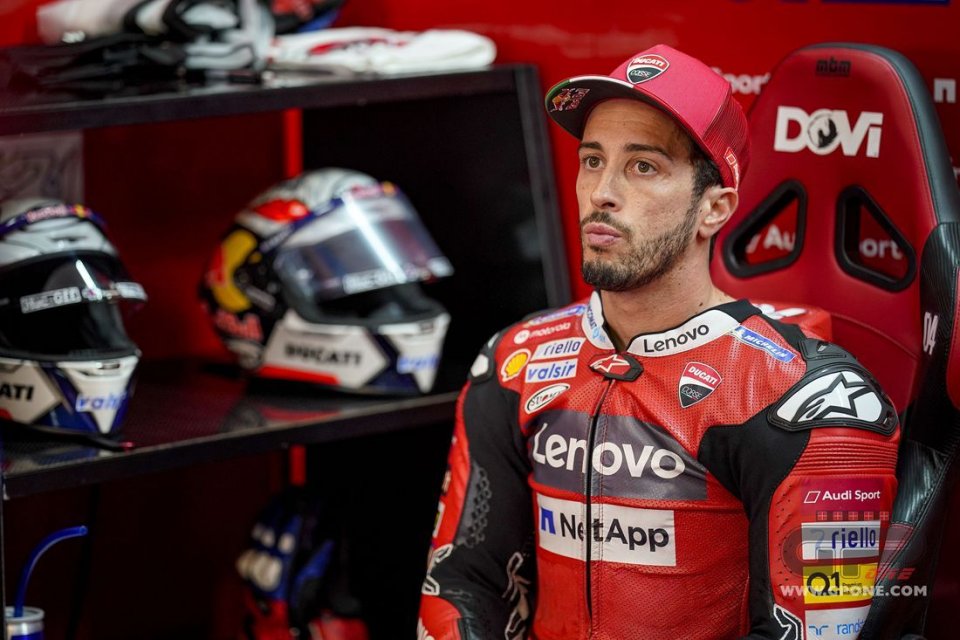 Andrea Dovizioso's 2021 season began yesterday, between the jumps and the dirt of the Rivarolo Mantovano track, on a motocross bike for the UISP regional championship. Sixth place in the morning and fifth in the afternoon, away from the MotoGP spotlight and more relaxed and faster.

“My first goal is not the results. I want to fully enjoy this passion, take everything it gives me. Breathe,” commented Dovi in the pages of La Repubblica.

We know the story well: after many years as a protagonist in MotoGP, Dovi has decided to take a sabbatical and dedicate it to his passion for off-roading. From the World Championship to the regional championships (but races in the Italian championship are also scheduled) it’s a big leap but the man from Forlì does not seem to have any regrets for the moment. An open door for a return to the world championship in 2022 obviously keeps his future open, but for now his world is made of knobbly tyres and barbecues next to the camper.

However, it is impossible not to mention the recent past: “I could have still fought for the championship. But at Ducati everything had become too heavy, I needed peace of mind - he declared - I'm lucky, I don't need money, there are more important things in life ”.

After eight years in Ducati, the magic spell had broken: “In MotoGP everything is great, but you only enjoy it especially if you get the results. In 2020 they did not arrive. I couldn't live serenely: in Ducati I had good relations with everyone, except one person ”.

The reference is to Gigi Dall’Igna, the General Manager of Ducati Corse. It was a head-to-head clash between the engineer and the rider, there is no need to specify who won it. And Dovizioso had another itch to scratch: "The limit of the bike has always been the same, for years. I wanted to have my say, but I was never listened to ”.

“I braked in the wrong place at the wrong time. I’ve had worst moments in my career, and I’ve always gotten out of them.”
9 hours 28 min ago

“Marc knows Honda well and will be able to indicate a clear direction to follow. I can’t get a perfect lap when I push. I make too many mistakes.”
3 days 37 min ago