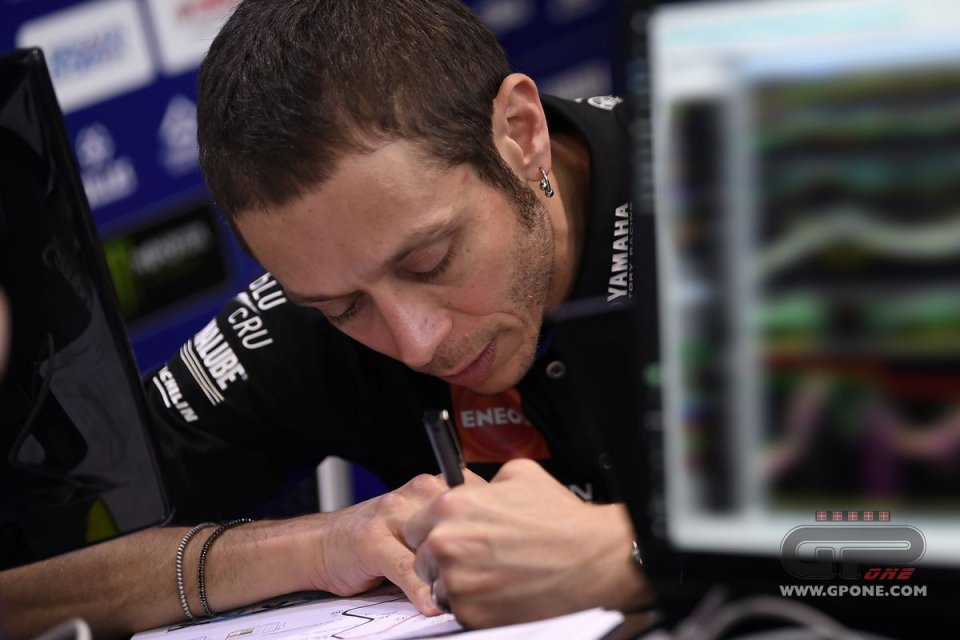 The GP in Qatar started in the best way possible for Valentino, with a first place in the inaugural practice session. That moment seems years away, and now Rossi is in the fifth row and, even worse, he doesn't see realistic hopes for a comeback. Vinales made magic with the M1, Quartararo won a second row at his debut, and Morbidelli didn't do that bad, but the Doctor never found his rhythm nor his confidence.

"I have a lot of problems with the front tire, in general." He summed it up. "Like yesterday, I really damaged the tire, and when the temperatures drop, my difficulties increase."

You weren't able to find anything good?
"There was some improvement, but it's not enough. I’m starting back in the line-up, and I don't even have a good pace with used tires."

Do you have at least some ideas that will help you catch up?
"We're trying to figure out what the problem is, but until the track test, we can't be sure. I hope it'll be warmer tomorrow and there'll be less wind."

But the other Yamahas are fast...
"Maverick was very good. I have to congratulate him. He rode really well, and also Quartararo and Morbidelli were fast. But I don't have confidence with the front. I can't push hard, and the tire gets damaged quickly."

Could using a chassis that's different than Vinales' be the cause?
"I don't think so. First of all, there's not much of a difference between the two, and I have the same mounted as Fabio and Franco. I think it's more a problem related to the structure but, right now, we don't have any answers."

Is a comeback possible?
"Anything can happen in the race, but one thing is starting in the first ten, another is 14th, like me.  Also, I didn't just miss a qualifying lap. The truth is that my pace is nothing special. We'll see".