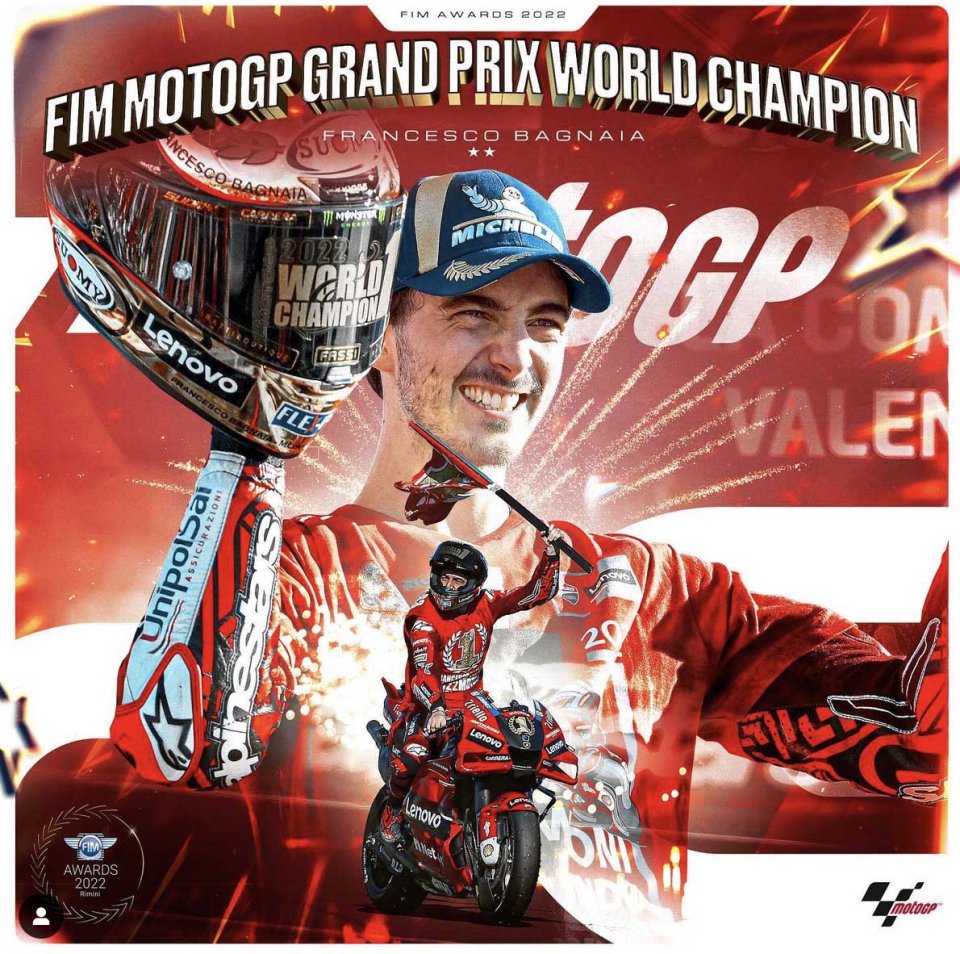 Once upon a time there was the FIM awards ceremony, the event in which the riders were officially crowned World Champions in the category. It could not be missed, even under the penalty of not being awarded the title.

It was a unique event, as every world title is unique.

For several years - it's up to you to judge whether it's right or wrong - the FIM event has only been a repetition, a duplication, of the one that was already seen and organized by Dorna on the evening of the Valencia Grand Prix.

Of course, the FIM diploma, which alone certifies the title, is probably delivered on this occasion. The fact remains that the ceremony should be one and only one. Even though it is true that all the other categories are also awarded in the FIM ceremony. But then why the double in MotoGP? ***

We do not doubt that President Jorge Viegas has an answer to this. That's just the way it is.

Pecco Bagnaia (Ducati Lenovo Team), Augusto Fernandez (Red Bull KTM Ajo) and Izan Guevara (GASGAS Aspar Team) will collect their medals from the 2022 World Championship, together with other superstars of the two-wheel world in Rimini tomorrow.

As well as celebrating sporting achievements, the FIM Awards are also a time to recognize the efforts of all involved and the winners of the FIM Trophies which now include: Women in Motorcycle Trophy; FIM Environmental Trophy; FIM Family Trophy; FIM Trophy for The Future, FIM Road Safety Trophy and FIM Touring World Challenge.

Even if you will not be able to attend the event in person, everyone is welcome to share and enjoy this magical occasion by watching it live on the FIM Facebook page.

*** Maybe the answer is that today it is thought that by increasing the number of views bulimia is positive for the takings (the more you see, the more sponsors pay). We think that sometimes the wait pays off more, but 2023 will tell us with the DOUBLING DOWN of MotoGP races in the Grands Prix.