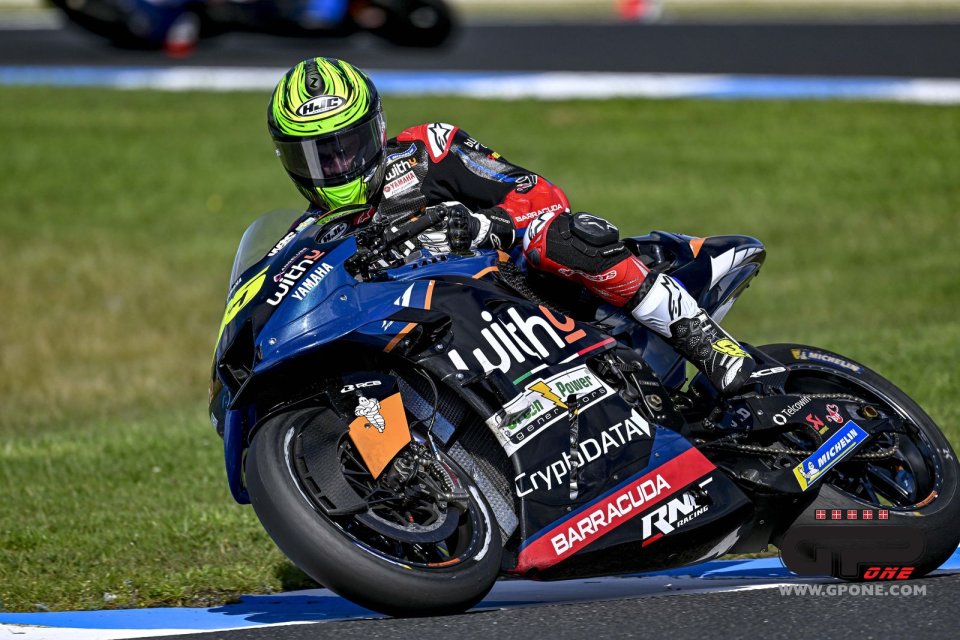 He comes to us smiling, as always. “Hey, you weren't in Australia, huh,” and he sits down next to us. The easiest thing in the world to do, especially between two foreigners who for two different jobs are both in the underground station of Kuala Lumpur airport waiting for a train.

We smile back. Cal Crutchlow is the old guard of this MotoGP that is becoming ever more like Formula 1. As Carlos Reutemann would have said, 'he doesn’t race bikes, he is bike racer'. He sees you, he wants to talk, he stops. And as with old friends, the conversation starts as if we had left each other moments before.

It's great because two more Grands Prix, Sepang and Valencia and then meeting Cal will be more difficult because he will return to his beloved Isle of Man as a MotoGP retiree. Luxurious life, eh, because next season he will continue to perform the function of test rider.

"I don't need money, but I still like to ride, and I do it well, I'm fast - he tells us, sitting next to us on a bench of the KLIA Express - I feel fit, I always ride my bike and will continue next year. Then that's enough, but not because at 37 I feel old, tired or anything like that. The reality is that I don't really see myself continuing with these rhythms. Maybe you are planning for a weekend and they call you: there is a test to do ".

We wait for the train together, Cal will probably take the one that leads to Kuala Lumpur, we will take the internal one to the airport hotel. We chat like old friends, or rather: like two people who love motorcycle racing and found themselves on opposite sides of the river: rider and journalist, but not divided. There has always been a bridge between us and him and we have both crossed it, on both sides. At the time, my time, there was not even a river in between. We were all in the same boat, in the paddock between caravans and tents, the Continental Circus, but Cal is an old-fashioned rider. He would not look out of place alongside the greats of the past, those who not only won races but embodied the spirit of racing. Takazumi Katayama playing the guitar, Jon Ekerold, tough-faced, indomitable spirit, that nice rogue Barry Sheene. We love him, Cal. And the nice thing is that we are passionate about the same things. The city of Douglas, the TT: “with current bikes - says Cal - it's amazing how fast they go. Crazy!”. We tell the story of the old lady who offered us tea in Bray Hill while we took pictures of her. Would you like a cup of tea? He laughs and shakes his head. He lives there.

But maybe, even more crazy than racing on the Isle of Man is competing in a world championship with 21 Grands Prix plus 21 Sprint Races.

“Twenty-one Grands Prix! I thought 18 was already too many (laughs)! The commitment for the riders and the teams will be enormous. Not to mention the increased risks ... some riders will already be thinking of getting their salary increased ... but they won't be able to because they have already signed! ".

And another laugh. Then an observation: "I get on very well with Carmelo Ezpeleta, I think he has done great things for motorcycle racing, but I don't understand this. I know that in the last two seasons there has been a financial loss, and they need to make up for it, but until now there have been twenty years of profit! ".

So far we have been talking about this and that, but with Cal by our side curiosity for the tricks of the trade resurfaces, so the question on our lips is inevitable: but how is this Yamaha going?

"The problem is with the engine, but it is not just the power - he explains, mimicking the opening of the throttle with his right hand - in the first three gears the delivery is too aggressive". It can’t be managed, not even with electronics.

Engineer Marmorini is working on it and progress has already been made in the Misano tests. They should be OK for next year.

“We’ll see - says Cal - because in Yamaha the engineers are all very kind. They listen to you, even apologize, but then nothing happens. Maybe I'm used to things in a different way, when I was in Honda with the engineers I sometimes used to argue with them, and that's okay. Sometimes we yelled at each other. We all want to do our best, a bit of a fight is necessary ".

And on the subject of Honda, when Cal talks about Marquez he does it with total admiration.

"He’s the best. No one rides the way he does. And even this year the fact that the RC213-V is the opposite of the one he liked, it’s the same story ".

Cal agrees that MotoGP is going through a transition period, with the Japanese manufacturers in retreat. The first to abandon the scene was Suzuki.

“In the end, only Honda might remain - he comments - and maybe BMW could come in alongside Ducati, Aprilia and KTM. Dorna has two free seats for it and that's good: 24 starters are better than 22 ”.

What do you say, Cal, shall we make a bet? Too late, the train has arrived. We will resume our chat tomorrow.