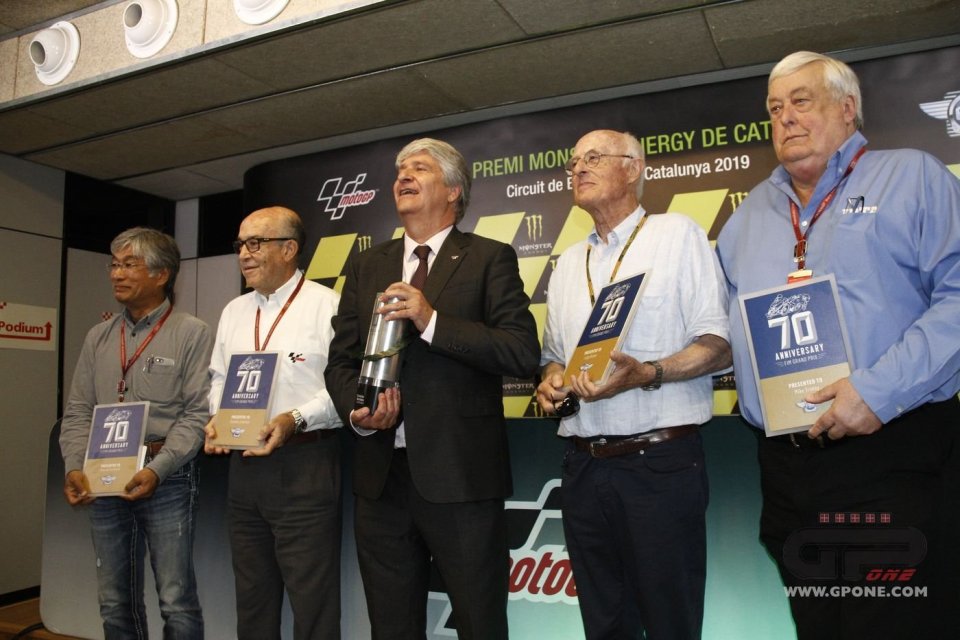 It’s not just about the Sprint Race, just one more race on Saturday, but the entire World Championship that was revolutionized during the press conference held today by Carlos Ezpeleta. The Grand Prixs, as they were in the past, no longer exist.

This certainly applies to the two minor categories, Moto3 and Moto2, with test times that have been further shortened and  warm-ups that have actually been eliminated. Warm-ups that are indispensable in any motor racing competition, but also in other sports where sportsmen are given the possibility to warm up. When it comes to motorcycle racing, there’s more: the warm-up is vital for assessing the bike’s efficiency in the event of a fall or when replacing a component.

The entertainment part is fine, but it’s also a question of safety. What are we supposed to do, go back to the olden days when we we’d leave a circuit after a reassembly to test the bike on a road near the circuit?

No way. The Moto3 and Moto2 are obviously not taken into consideration. According to some, they bring neither spectators nor sponsors. And they’re right. Who cares if they’re only considered a reservoir of riders to be pushed forward in a race of lemmings?

It’s too bad that, for years, they were considered more than the 500 class in Spain, thanks to riders of the calibre of Angel Nieto, Ricardo Tormo, and Aspar Martinez. Careful though, the times haven’t changed. It’s not nostalgia. It’s simply that, back then even minor-category riders were allowed to become important, they were known to the public, who flocked to see them.

They were also talked about on TV and in the newspapers. The result was that all the nations were represented by their own champion. And, in Spain, which had to wait until 1999 to have a 500cc World Champion, epic articles were written about the many champions from the Iberian peninsula.

Overwhelmed by disappointment, after having read and reread the World Championship schedule for 2023, we picked up the phone and talked to Luigi Brenni, the Swiss engineer who has been the idol of riders for a long time. President of the CCR (Road Racing Commission), he fought with them for safety and salaries. However, he's no longer in the FIM now because, the FIM, which should protect the safety of the riders, has shown that – by eliminating something that is not a mere detail in motorsport, namely the warm up – it's no longer clear about what its role and its obligations are.

We won't write Engineer Brenni’s opinion. It was a chat, not an interview, but we are nostalgic for the time when there were men of his caliber in motorcycle racing.

What about the Sprint Race and the MotoGP time schedule? We will talk about that at a later date. There are things that need to be said about these, as well, since motorcycling is ALSO a show … Not just a show.

Bradl: “Marquez can’t risk like he used to, he’s not getting any younger”

Quartararo: "I expected more from the Yamaha, I didn't have any...

Single tyre pressure sensor on its way: laps and races at risk