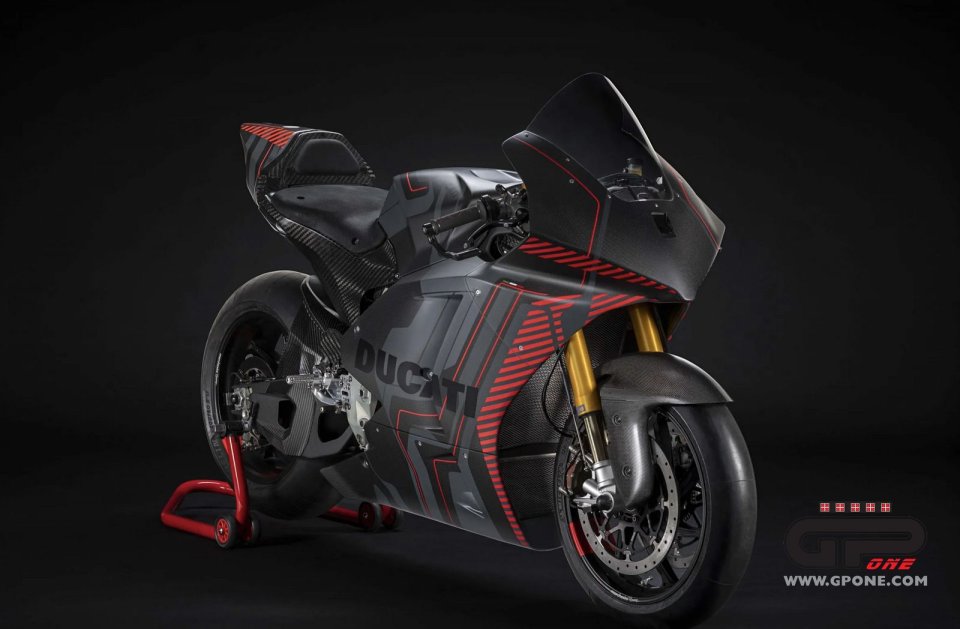 A thousand and no more a thousand. It is not a prophecy about the advent of the third millennium, but simply the observation that the time for identifying the categories of motorcycle racing by displacement is over. We will follow MotoGP for as long as it is there, because it won't stay that way for long.

We have enjoyed the evolution of a technology, if you will, primitive: the explosion of fuel in a combustion chamber, with motion created by the rotation of a shaft moved by the ups and downs of pistons and connecting rods. Metal organs in very fast rotation and alternation capable of producing their own sound, accompanied by the roars of combustions. Well it's over. Soon, very soon, all of this will be prehistoric and we're not sure we'll like it. After seeing dragons flying and spitting fire, will we be excited by silence?

After all, music is simply noise transformed into melody. Chords. There is classical, symphonic and rock music and what can we do if emotion is linked to a sound for us?

Let's reflect for a moment. Would we like to watch the waves crashing on the rocks on a rough day without the crash that accompanies them? Let's imagine a life without a soundtrack. Impossible.

Who knows, maybe it is likely that the new generations, born without knowing all this, will appreciate this epochal change.

Only speed will remain. Perhaps. Until it too is banned. After all, even today, and all in all with good reason, it is relegated to the circuits where once again – after introducing aerodynamic developments forcing the other manufacturers to follow – it’s Ducati which is dictating the timing of the transformation of our sport by proposing its V21L for the championship reserved for MotoE.

Energica, but also the sponsors linked to the first electric championship, have basically failed, unable to offer little more than a side race, but without taking advantage of the technical innovation to make it better known, propose it and support it. Maybe even Dorna has just sat back and watched more than anything else, without believing in it too much.

Now, however, Honda’s release and its revealed strategy makes us realize that the times are ripe and not too far away. It makes us look at Suzuki's hasty retirement from MotoGP, at the retreat of Yamaha, which in 2023 will be present with only one team, with different eyes. How long will Honda stay in MotoGP, with current technology, with these regulations? Not long.

There will be, we believe / fear, a first phase with alternative fuels, as already foreseen by Dorna, but then we will follow - literally - the current, finally arriving at electric.

Between two-strokes and four-strokes there will therefore be no winner, but who knows: perhaps in the Outer Rim of the galaxy, dotted with dark worlds and primitive frontier planets, our descendants will go and watch races with Podracers, as in the Star Wars saga.

But, as Guccini sang, even if the new world will rise again between cars and roads, we won’t be there.

Thar she blows! Honda inspired by Ducati and ... Moby Dick!