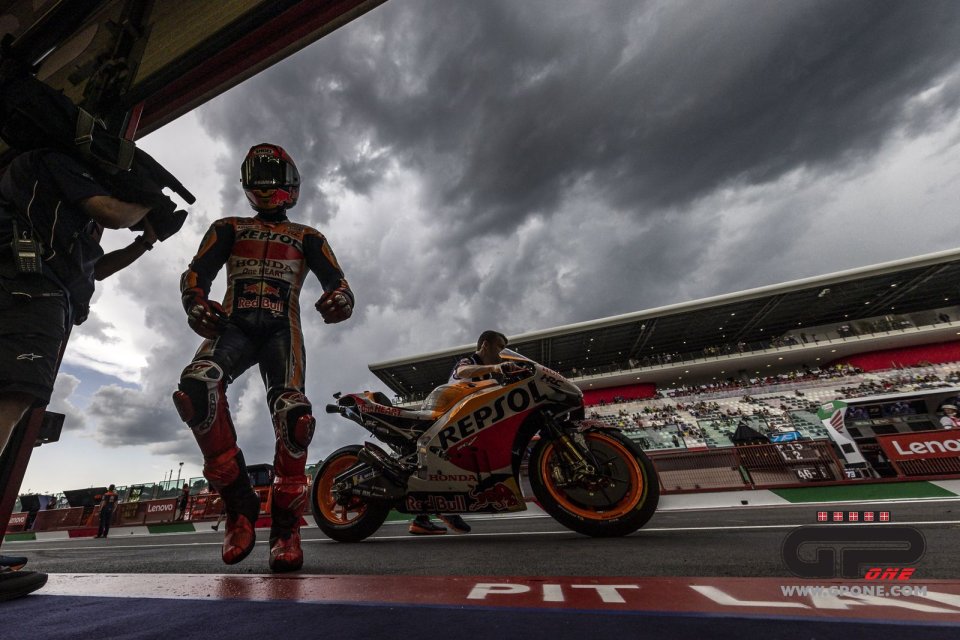 There is no light at the end of this long tunnel entered on July 19, 2020 with the fracture of the humerus of the right arm for Marc Marquez. Or rather, only he can see it, in an intervention that will be carried out next week in America.

In recent months, when the paddock rumours started to murmur about this possibility, Marc has always denied it and now that he was forced to admit it he apologized revealing the reason: "the confirmation came only yesterday morning".

Osteotomy is the name of the operation, a term that in orthopaedics identifies a surgery during which a bone is cut to shorten, lengthen or change its alignment. The latter is the case of Marc whose humerus is welded in the wrong position, thus not allowing him to ride as he would like. So thin is the line that allows a champion to express his talent on a razor's edge. 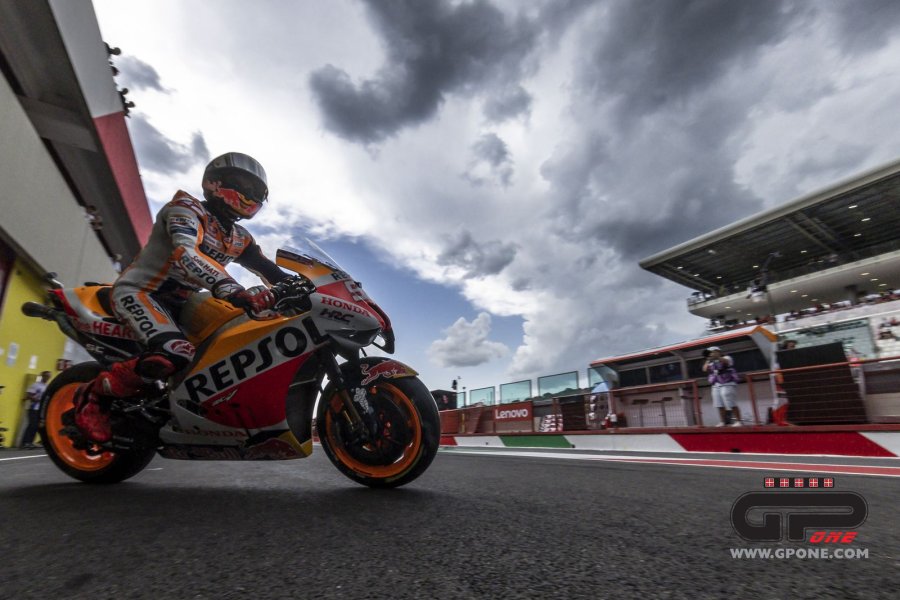 Sometimes we discuss, as motorcycling lovers, about small mechanical interventions, chassis slightly modified in stiffness to better tackle the curves, or on combinations of discs, brake pumps, pads to have a slightly different braking. Details.

We forget, focusing on the instrument - the motorcycle - that ours is an activity that expresses itself in infinitesimal details, but this is the case in all sports. The first to be fine-tuned is the machine-man.

Behind every record there is dedication, resilience to problems and hours and hours of work and concentration. Think of the gruelling training sessions of a sprinter: don't think that all you need to do is run at breakneck speed trying to cover those 100 meters in less than 10 seconds. Behind it is the search for perfection that forces you to repeat a gesture a hundred or a thousand times to make it 'yours' and then automate it.

Something that Marquez is no longer able to do today because something in his 'set-up' has changed. For this reason in the last two years he has no longer been able to do his magic. Nor to express his speed.

He hasn't lost his talent, his body just doesn't respond in the same way anymore.

This is something that happens to every sportsman in life as he gets older. Every year we lose a bit of elasticity, a crumb of strength, a pinch of concentration. Recovery is no longer immediate. The result is that you are slower. One hundred meters, ten thousand, marathon, the 100m freestyle, that spring in the feet that pushes you over the bar. The examples are endless.

Sometimes, and this is the case with Marc Marquez, fate interrupts your race forcing you to go through an obstacle course to recover your 'condition'. And restarting from a state of grace is more difficult than all the work done up to that moment to conquer it.

It takes all the courage in the world to rebuild. Knowing how far you can go is a vertical wall. Reaching a limit is a point of arrival and departure. Knowing where that limit is already, without being able to approach it due to a physical problem, is Sisyphus’ struggle. Rolling the stone to the top of the mountain, to see it roll back, knowing that you have to go back down to push it up again is terrible. It takes beastly courage.

Marc has it. He has been rolling that stone towards the top of the mountain for two seasons and last year, after three victories, he hoped to make it stay there. But once again he is at the foot of the peak, and he is looking up. Giving up, turning on his heels and taking another direction is not an option.

Marquez, as Camus * wrote, endures the absurdity of existence. Against destiny he gives his real worth to life. For the philosopher Sisyphus he is happy because in his condemnation he reaches the awareness of his own limits. He becomes master of his own destiny.

This, more than all his titles, all his victories, makes us love him. He is a champion, he is a man.

* The myth of Sisyphus. Essay on the absurd (Le mythe de Sisyphe. Essai sur absurde) is an essay published by Albert Camus in 1942