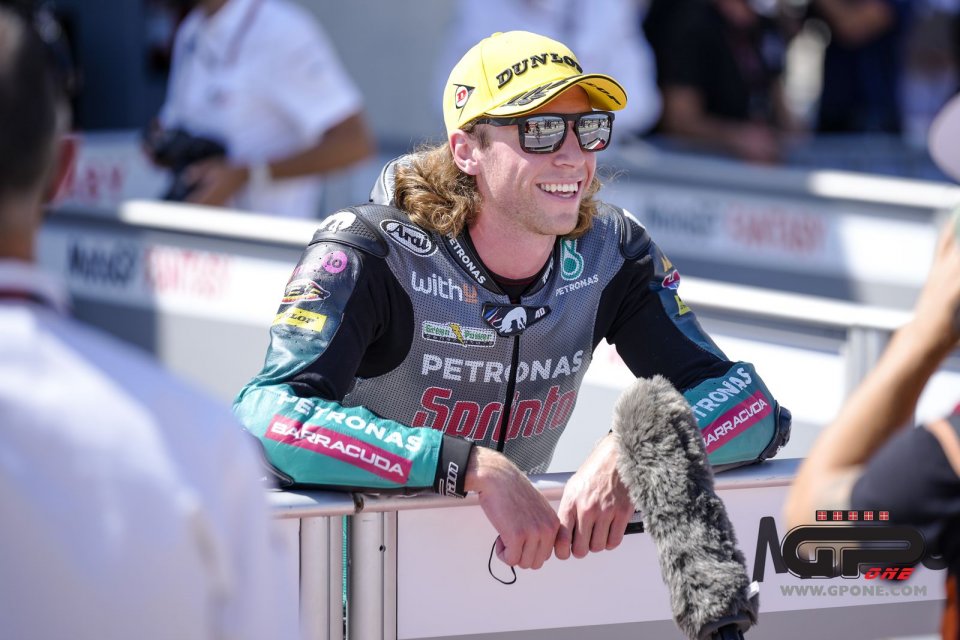 We don’t want to take credit where it’s not due, but last October 13 when we wrote 'The Factory of Champions: let's slow down the assembly line', in our GPOne blog we believed we offered food for thought to the motorcycle racing legislators who in fact today have promulgated a new regulation concerning the age and number of participants (we wrote about it here) at the start of the various feeder categories.

As it happens, two topics that have been promptly applied in the new standards.

It didn't take much to think about this aspect and it is obvious that what we wrote was not, as the Americans say 'rocket science', but simple common sense.

Common sense that more and more often no longer exists in motorcycling, at the top or not. And this is because what was once a sport, dangerous and poor for the most part, has left space, too much space for business.

Even the rules, and let's talk about the ones that exist, are often disregarded, misinterpreted and poorly applied.

Let's take for example the mandatory nature of some safety devices, such as the airbag for racing leathers: if you need to have this device at the start, it is not clear why, in the event of a crash, the rider is allowed to restart with the system now ‘disactivated’. Apart from the obvious risk that a part of the bike is damaged, with obvious risk for the other competitors, if a vital system has done its job, the rider must be stopped. Otherwise the rule is disregarded. It’s a bit as if, basically, the rider was replacing an approved helmet with one made in China after having passed the checks with his own.

What’s that I hear? There are systems that allow two activations? Well, then let's make such systems mandatory for everyone. But this is just one example. Safety, and the various systems that make it up, active or passive, always need control and interpretation. Above all, control. Like the green zone outside the curves that has replaced ‘serrated’ curbs and grass.

As Emanuele Pirro, former F1 driver, five-time winner at Le Mans, now FIA judge rightly says, in the name of safety today drivers can adopt an extremely less clean and precise driving style, because in the event of a mistake they have not only an ample run-off area (this is absolutely necessary) but also the possibility of avoiding damage to the car, in the case of car racing, or losing an excessive amount of time. Except that obviously there was a need for a 'line judge' to punish those who put the wheels beyond the allowed space. And then it doesn't matter if in car racing this is practically represented by the entire car, while in motorcycling just one millimetre of tyre is enough!

In short, rules are created and evolve and now motorcycling has new age limits that do not make it safe from future accidents, but restrict the field of action. So, just glancing a bit over the hedge, we now ask ourselves why riders are allowed to jump from category - from Moto3 to MotoGP - as in the case of Darryn Binder, who has been promoted to MotoGP next year.

We could say: he knows how to ride, he can do it. Well, it might be true that he started the season with a third and a second place in the GPs in Qatar, but is it also no trifle matter to say that he can skip an entire training course? In F1, for example, you need a super-licence, and even a talent like Colton Herta was not allowed to drive at Austin because he didn't do the minimum of 300km required to drive a single-seater in the top class. Hey, FIM… what do have to say about that or is it not a good rule?

OK, it's true, Jack Miller set a precedent and, for those of us a bit older, I remember Pierfrancesco Chili, who moved from 125 to the 500 class in Roberto Gallina's Suzuki team in 1986, but the exception is not the rule.

The job of the legislator is also to predict the trajectory of certain innovations, otherwise we will end up with the situation we have in Italy with electric scooters: they are allowed to circulate on roads open to traffic and only afterwards, now, are we thinking that maybe it’s better for those who ride them to have a compulsory helmet and insurance. At least in sport, alas, we should be able to do better than in politics.

Biaggi “beyond the sound barrier”: over 455 km/h on the electric Voxan