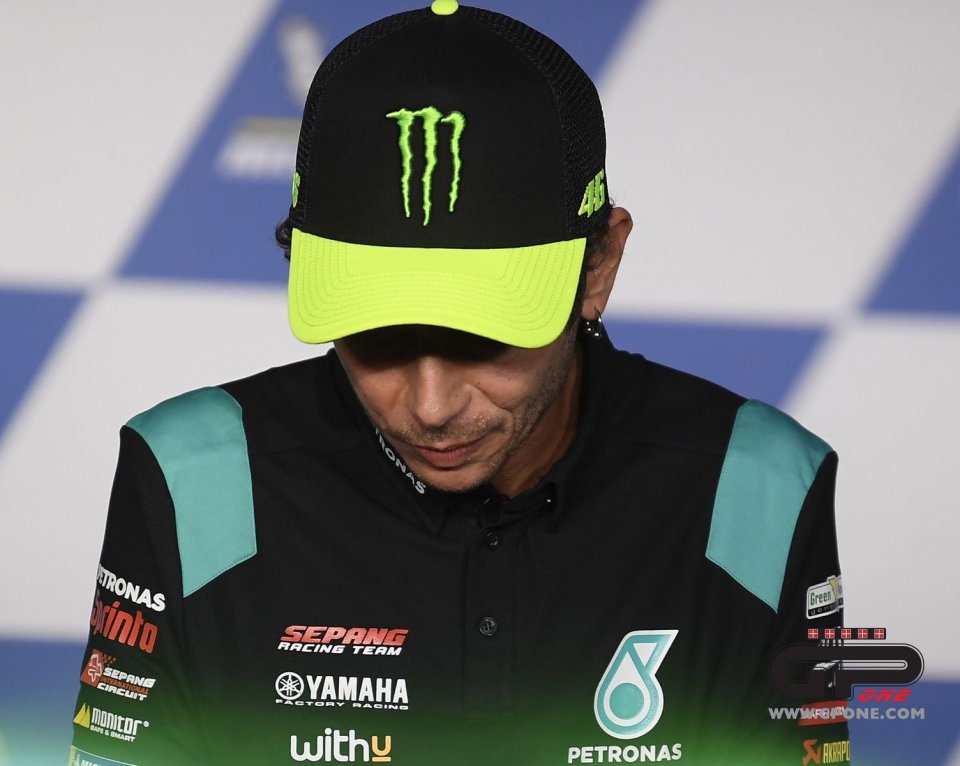 When you turn your life into a masterpiece, it is difficult to give the last brushstroke, write the last line, say a memorable sentence and take the door and leave. The risk is that you end up by not being up to par and ruining everything with a banal ending.

There is no escape, ending a career with the same intensity as you have lived it is very difficult, almost impossible. Muhammed Ali, Maradona, Tyson, Schumacher did not succeed. The list is endless and testifies to the difficulty of coming down from Cloud 9.

You just can't do it. Because it is difficult to change your life, almost as difficult as telling a woman that you have loved that it is over. Where will life take her without us? Who will she meet? Will she be happy?

Because, let's face it, it seems really impossible to us, at the end of a story, to no longer be part of it anymore. And, in any case, that story will continue without us.

"It has been a long, long journey," said Valentino but to us, more than anything else, it seemed like a long, long goodbye that would need Raymond Chandler's pen to be told.

A story of a character of great depth who has shown himself over the course of his career with many faces, from smiling to fiercely ironic to end up having an impression of poignant melancholy on his face. This is why what surprised us most were not his words, but that he uttered them without the slightest hint of emotion in his voice.

Kevin Schwantz cried when he announced his retirement at Mugello, dragging all his fans with him in the emotion, while Rossi didn't even shed a tear. One thing we would never have imagined, as we would never have thought that his farewell would come in front of a practically empty room. Only with the cold eye of the TV camera following him and, of course, all of us behind computer screens. A sign of the times, these times that have deprived us of human contact and which are certainly not ideal for writing stories.

So we just have to imagine him, Vale, walking away on the dusty roads that lead to Tavullia thinking about what to do with his future now. Not driving his VR46 Ferrari but, more likely, the Apecar he rode with Francesca a few days ago. Maybe it was then that he decided it was the right time to stop - when the right benchmark to stop had already darted into his side view years ago. Like when you understand that you have arrived very late into a corner and there is really nothing more left to do… except try to stop without getting hurt.