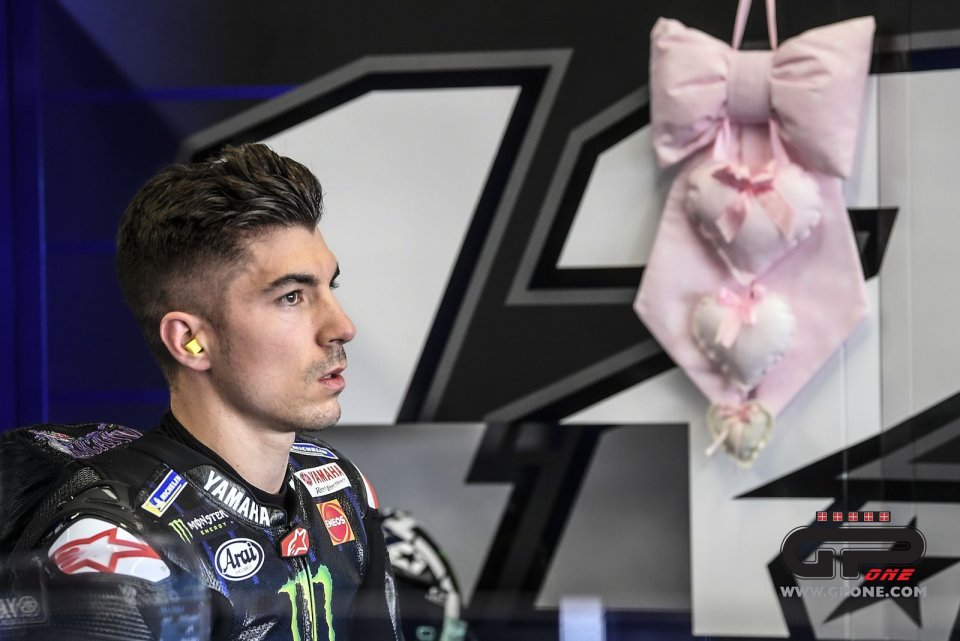 The world championship is at a standstill, the appointment for fans is for 8 August, at the Red Bull Ring, for the Styrian GP which will be followed by the Austrian GP on the same circuit.

With the engines idle, it is almost inevitable that we will only talk about the market, especially after the announcement of the surprise divorce between Maverick Vinales and Yamaha.

There must have been a mutual agreement on such an expensive contract - estimated at over 6 million a year - whose natural expiry would have been the end of next year, but the result is that the Iwata manufacturer is now on the hunt for not one but two riders, given that the separation between the Petronas team and Valentino Rossi seems to be a foregone conclusion.

If Lin Jarvis receives the OK from the parent company and from Petronas, the most correct and obvious move would be that of Franco Morbidelli's switch to the factory team, which would however force the Malaysian oil company to completely rebuild its team, keeping faith with its mission of developing talented young riders. It’s an objective that was largely achieved with Fabio Quartararo and Frankie himself.

However, there is a problem: there do not seem to be two young talents on the market currently who deserve one or two factory M1s. Unless you go fishing among the ranks of riders already under contract with KTM, something however, that seems to have already been done.

For this reason, in advance of the hot August that will see three Grands Prix (there will also be the one in England, at Silverstone), rumours have surfaced about a possible interest of Yamaha towards riders, certainly expert, but definitely no spring chickens! The names that have been bandied around are those of Dani Pedrosa, current KTM test driver, Andrea Dovizioso and Johnny Rea. Three riders who are respectively 36, 35 and 34 years old.

Will Pedrosa, Dovizioso and Rea be tempted? We don't think so

With all due respect to those who have put forward these names, something that will surely get people talking, it seems to us that for each of them there are aspects that can transform the news from 'probable' to at least simply 'possible'. In the sense that as half of the world is interested in buying and the other half in selling, with the right financial support even the unlikeliest of situations can occur.

The first negative point, valid for all three, is that neither Dani, nor Dovi nor Johnny seem willing to accept a position in a satellite team. It's true: Petronas could keep Morbido, and thus free up his place in the factory team, but with a view to having the best two, it doesn’t seem very logical. Of the three, the most unlikely 'yes' is that of Pedrosa: his age and his position reached within the Mattighofen manufacturer give us the impression that he is fine where he is. Dovizioso, on the other hand, might accept an adventure that is certainly more stimulating than that of Aprilia in the role of test rider, if offers the possibility of not even having to wait, at 35, to develop a winning bike. But he would be number 3 between the advancing Fabio and Franco eager for revenge.

The matter relating to Rea is decidedly more complex. Johnny has six Superbike world titles to his name and so far he has always refused to make the jump into MotoGP, explaining that he does not want to fight mid-field, but up with the strikers. This is a role that Yamaha cannot offer him at the moment.

In MotoGP there are more free seats than riders

Of course, if he achieves his seventh seal in Superbike he might be tired of not having any opponents among the production-based series, but he has to decide now, moreover just when he has been ousted from the SBK leadership by the Turkish rider Toprak Razgatlıoğlu. This is without considering the required salary, seeing as Yamaha probably has money to invest in riders after the divorce from Vinales.

The only point really in favour of Rea's move to MotoGP could come from a decision by Dorna to 'free' the production-based category from the domination of the Northern Irishman. But how much is the Spanish company really interested in Superbike? We have no answer to this question.

Moreover, the market at the moment does not offer much and if we think that Aprilia is also looking for a rider, as well as the new-born VR46 team itself, now the number of free seats available reaches a total of four. With how many free candidates? Quite a few. The name of Marco Bezzecchi has already circulated for one of the two Ducatis, then there is Joe Roberts, without forgetting that the desire for riders with British passports after Cal Crutchlow's retirement has put Jake Dixon in the spotlight, seeing as Sam Lowes has a somewhat less than exciting past in Aprilia.

In short, the task of the head-hunters is not easy, taking into account that one of the four seats will end up being occupied by Maverick Vinales ... Unless another seat is freed up. In Suzuki? In Honda? As Carlo Pernat often says, signed contracts and penalty clauses can no longer be trusted.

The latest rumours talk about a 'contact' between Vinales and Suzuki, which would free up Rins. At that point Alex could join Yamaha, which in any case would need a fourth man. This could help Aprilia which, after focusing on Dovizioso, then turned to Vinales and would be forced to return to home base, without however being sure of success. And at that point Massimo Rivola would be better off by betting on a young rider. Tony Arbolino? Of course, a bet that would make sense if you had a good test rider in-house. We haven't said anything yet about Gerloff, currently in Yamaha Superbike. He is class of 1995, therefore relatively young, even if by current MotoGP standards he should have made an attempt quite a few years earlier. If he were to be included in the list of eligible candidates, he could still be tempted, but never as at this moment have there been more good bikes than riders…

Toprak: "I prefer my Yamaha R1 to a satellite MotoGP"