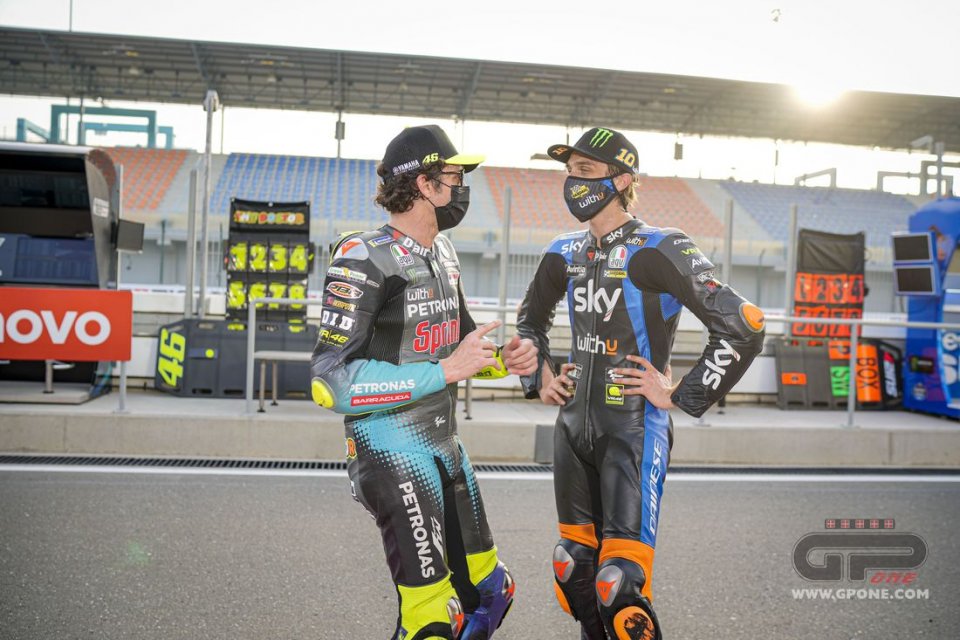 Legend has it that one day Faruk, king of Egypt, sitting at the poker table, instead of showing his cards, uttered the fateful phrase: "word of a king".

The meaning is obvious: what I am saying cannot be denied.

The story came to mind as soon as we got to the bottom of the press release issued a short while ago by the VR46 team which sanctions the arrival of the VR46 team with Ducati, after the signing of a five-year contract with Dorna.

Besides the announcement that the team manager will be Pablo Nieto, with the VR46 Academy since 2015, in fact there is little else, but one sentence undoubtedly deserves our attention. And putting it in black and white is His Royal Highness Prince Abdulaziz bin Abdullah bin Saud bin Abdulaziz Al Saud. An exceptionally long name that can be shortened as follows: the one who pays.

"It would be fantastic for me if Valentino Rossi could compete in the next few years as a rider in our Aramco Racing Team VR46 together with his brother Luca Marini who already this year competes with the sponsorship of our brands KSA New Cities, MAIC Technologies, TANAL Entertainment Sport&Media – declared His Royal Highness, who added, “TANAL Entertainment Sport&Media and Aramco will announce from Saudi Arabia a collaboration in International Motorsport projects and details of the project with VR46 in the MotoGP and Moto2 World Championships with the hope of being able to extend the presence in the World Championship which represents a fantastic show to train the next generation riders, including the Saudi Arabia ones".

So the king has spoken. Making it clear what his desire is. Legitimate because it is clear that the new-born team would have a completely different media impact if it also included Valentino Rossi.

Kings, however, as we know, are not particularly willing to be pulled by the jacket, and in this case the crowned are two: Abdulaziz bin Abdullah bin Saud bin Abdulaziz Al Saud and ... Mr. Rossi.

Who just a few days ago happened to tell us that he does not want to be pulled by his jacket about his retirement plans and that he will give us an answer after the summer holidays.

Rossi: "After a tragedy there is no point either in racing or not racing...