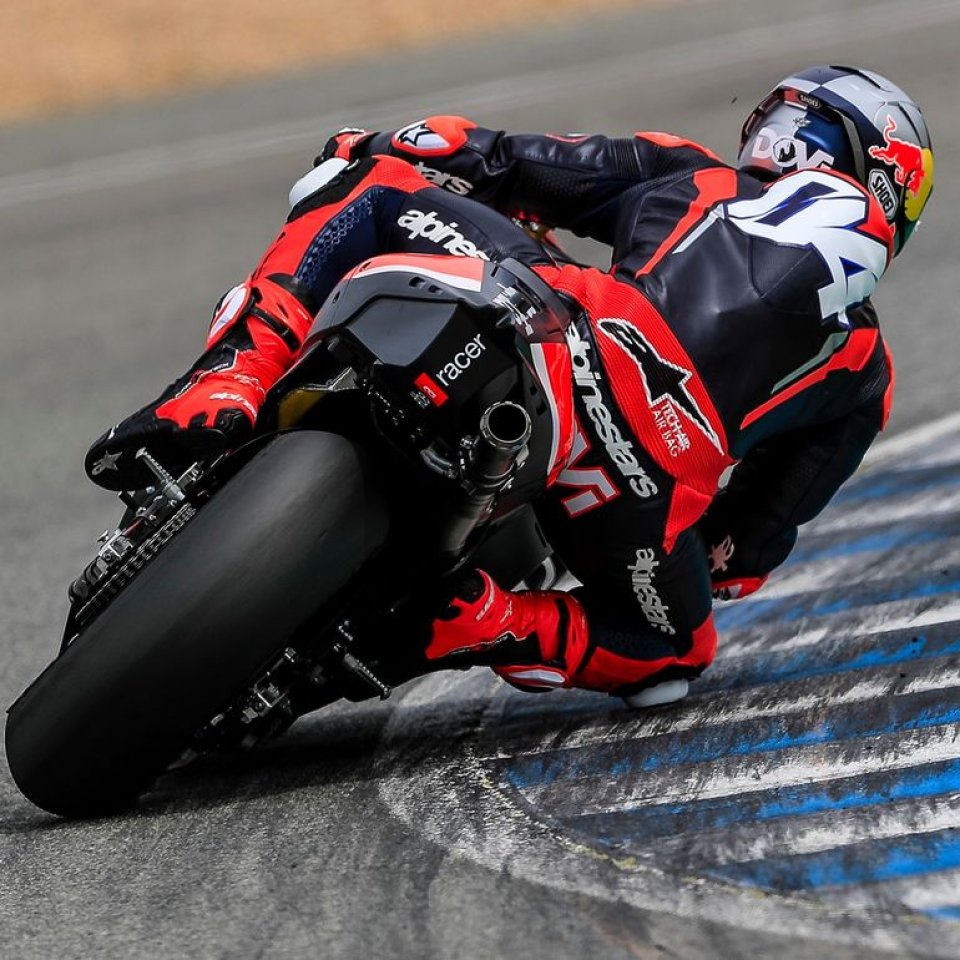 Should it materialize, we will call it the ‘Fiorentina agreement’. A possible decision on whether or not to continue, and in what terms, the relationship between Aprilia and Andrea Dovizioso will in fact be decided in front of the famous cut of meat that has made Tuscany famous…

It is to be hoped, however, that the talks will take place with a nice bottle of Brunello di Montalcino on the table, because in the end, for Dovizioso continuing his career as a rider will be mainly a matter of gut feeling, with his heart perhaps lightened by the red nectar.

In the meantime we will have to wait a month, maybe more, because Dovi rightly wants to try the RS-GP at Mugello; the impression is that he has already decided, but first he wants to adapt the Veneto four-cylinder bike to himself to test its true potential.

On this aspect, in fact, the man from Forlì remained tight-lipped, but the insistence with which he spoke, talked again, pointed out and specified the importance of having to adapt the bike to himself suggests that we will again see him on the track riding a MotoGP bike. Maybe this year.

In fact, the playful allusion to two illustrious ex-racers, both former teammates, Dani Pedrosa and Cal Crutchlow, with whom he shared the Jerez track in these three days, did not escape us: "They are both former riders, testers now. I could see this from their approach ”.

It is difficult to understand exactly what Dovizioso was referring to, we can only imagine that a rider is mainly concerned with obtaining maximum performance for himself, to obtain the final result, whether it be victory or placement, while as a test rider the focus is on the development of the bike in itself.

A rider thinks about himself, he is self-centred, a test rider about the development of the bike

A more selfless, less self-centred job. After all, it is when a rider realizes that he has achieved the maximum, that he cannot do any more, when he comes to terms with his ego, that he retires. He can't do it before, when he thinks he still has, deep inside himself, something unexplored that could help to make him fill that small gap that separates him from ultimate success.

And we have no doubt that Andrea Dovizioso, after finishing second in the world championship three times behind Marc Marquez, continues to think of the MotoGP throne as a still achievable goal.

A rider retires when he comes to terms with his ego, when he thinks he can't do any more

Throughout his career, an extremely lucid and rational Andrea mainly relied on the white horse, the iconographic representation of his moderate spirit, only leaving the reins to the black horse a few times. Not without success.

For this new adventure, if he decides to continue the journey he has started, he will have to make this minority side of his character prevail and instead magnify the irrational that is in every man, let alone in a sportsman of his level. .

Dovizioso: "Lorenzo's turning point in Ducati was not due to ergonomics"

The battle between the white horse and the black horse that paws away in Dovizioso was revealed when, after talking for forty-five minutes about the difficulty and the need to adapt the bike to himself to achieve results in the current MotoGP, he declared that, in the case of Jorge Lorenzo - at the time his teammate in Ducati - the results did not come about because after a thousand tanks, seats and so on – a series of modifications which were the butt of criticism and jokes - he managed to find himself at ease on the Desmosedici, but for other reasons.

Which ones? In the impossibility of judging the thousand little niceties required to take a 300 hp beast to the limit, we can find only two organs, perhaps three, capable of eliminating that final tenth of a second - so illusory even for established champions - and transform them into the real deal: guts, heart and, definitely, balls.

Maybe Dovizioso was referring to this, regarding Lorenzo's turning point. Fortunately, we are told that meat consumption increases the production of testosterone…